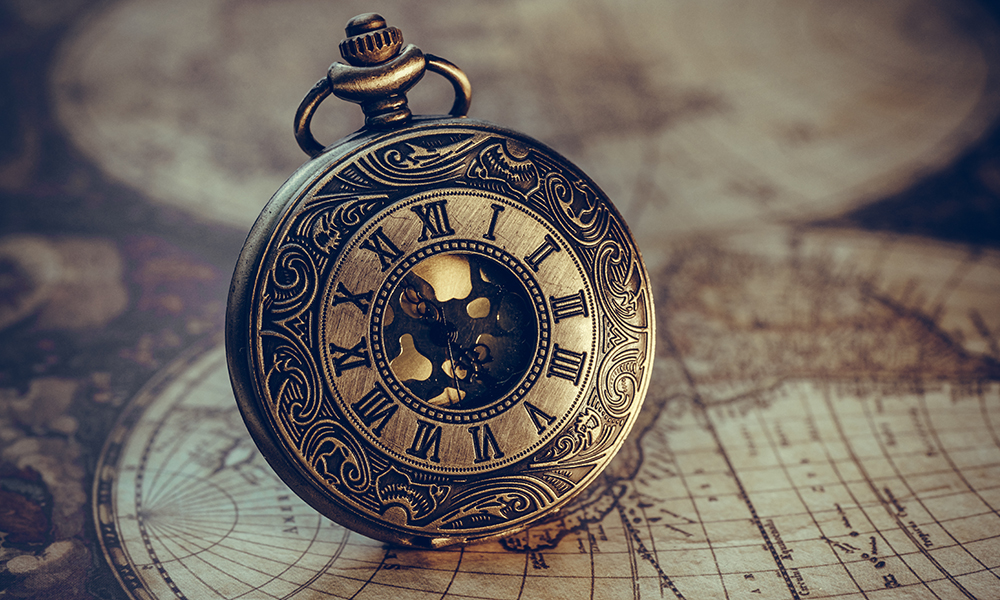 Troy’s article on running a Ground Hog’s Day scenario reminded me of a Doctor Who one-shot I ran that put the characters in a time loop they had to solve from the inside. I thought it would be fun to follow up on Troy’s article and talk about that adventure and some of the tricks I used to get the players into the game.

A few years ago, my go-to game for convention one-shots was usually Doctor Who: Adventures in Time and Space. I adore the system and its flexibility, and while I knew not everyone was necessarily into the property, I came up with some non-canonical characters that let players easily step into a game with a modern setting and some weird, timey-wimey, wibbly-wobbliness.

All of these games were set in San Francisco. Why? Because I wanted to have a US metropolitan setting with a deep history and wildly varied terrain surrounding it. Some of the adventures I ran made better use of the setting than others, but the time loop scenario took fantastic advantage of the setting. After all, the players had to navigate the city multiple times to figure out how to solve the time loop.

I may have run this game using Doctor Who, but the concepts can be applied to almost any game where you want to work in a time loop adventure. Feel free to adapt and modify any of these concepts to your game.

Have a Strong Opening You Can Revisit Again and Again

The opening is probably one of the most crucial points in the game. Normally, I try and start one-shots with all the PCs in the same place so there’s no fuss or muss about getting everyone involved. In this scenario though, I deliberately started them in different locations so part of the adventure was figuring out how to coordinate together. I announced that it was a beautiful Wednesday in October at 2 pm and then asked, “What is your character doing right now?”

Going around the table, I played out a quick scene with each player, setting up what their character was doing. I kept notes on each one and focused on interesting and distinctive details in each scene. Here are some examples:

The key is to find some distinctive moment in each of these scenes that you can call back on to signal that the time loop has reset. The sound of a truck backing up, the obnoxious coffee order from an arrogant businessman, the exuberant shaking of a wet dog happy to getting attention, the whiny wheedling plea of a student that couldn’t handle having gotten only a B, or the irritating calm of a therapist using the wrong tactics to reach their patient. Each of these became a signal to the players that the time loop had started over.

After the first play through of the opening scenes, I had the players make the equivalent of a willpower check to determine who figures out they’re stuck in a loop first.

Be Aware of Geographic Issues, But Stay Flexible 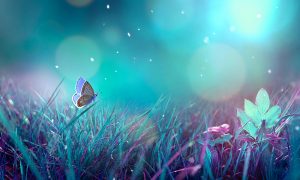 In this scenario, the Mission Blue Butterfly was a very important clue.

When I started the game off, I also took careful note of where each character was in the city. For this game, the players would need to reach a specific location to stop the device causing the time loop. For this scenario, the location was the Sutro Radio Tower, which is fairly close to the geographic center of the San Francisco peninsula, but that doesn’t mean it would be easy to reach.

I’m not into super tactical, realistic games, but I wanted to have enough verisimilitude in the way I ran the game to make sure players took into account how long it would take them to reach certain locations. Part of the scenario is having the players try different things each time to try and get to specific locations and slowly shaving their time down. At the same time, you don’t want to get caught up in being too pedantic about time and distance.

If someone gets stuck in a traffic jam during one iteration of the loop, assume they can easily avoid that issue the next time around. Each iteration of the time loop should let them get better at navigating from point A to point B. Take that into account as you reset the loop.

Have Fun With the Consequences

Of course, another fun aspect is when the time loop is finally resolved, you can remind the players of the short-cuts they took that might make the current timeline a little more interesting. As a little epilogue, point out that the Gambler now needs to deal with the fact that they stole a car from their attractive one-night stand they quickly ditched an hour ago.

I really enjoyed running this scenario and I highly recommend giving the concept a shot. It works really well for modern or futuristic games where characters have the means of communicating quickly and easily with one another, but you can make it work in a wide variety of settings.

Troy’s article on running a Ground Hog’s Day scenario reminded me of a Doctor Who one shot I ran that put the characters in a time-loop they had to solve from the inside. Hopefully this article helps a little when you run your own time loop scenario.

1 Response to Time and Time Again