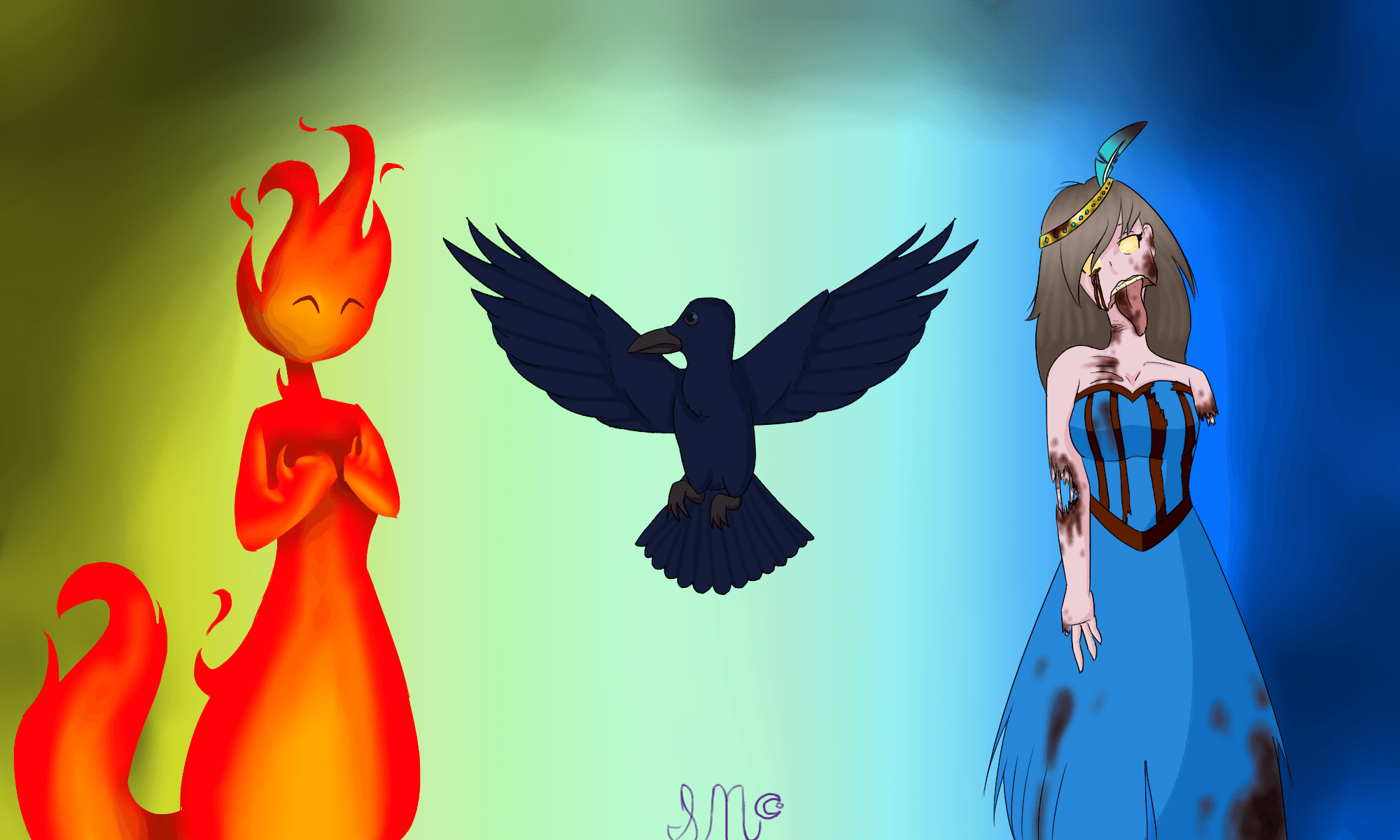 Knowledge can be a valuable commodity in RPGs. While sometimes PCs stumble on useful knowledge and want to unload what they know, more often the roles are reversed and they need to hunt down someone with specialized knowledge. While there are sages and experts aplenty in your average setting, here are three more unusual information brokers:

A mortal cabal cursed with immortality and the form of ravens for trying toÂ  outwit a trickster god into revealing his secrets, they now gather secrets of their own. The Loremasters have been around for ages so they know a lot about history and they’re inveterate snoops so they often know secrets others would like to keep hidden. They’ve also picked up a fair amount of magic and divine lore in their quest to return to human form. A side effect of their curse, their knowledge can often be had for a tidbit of news, a secret, a bauble or a morsel. Larger secrets require more valuable bribes. Their most secret insightsÂ can only be bought with quests for some bit of powerful lore that might advance their quest to break their curse.

Powerful elemental beings, Wurds are only found in locations with equally strong ties to their element; volcanoes, blustery mountain tops, undersea grottoes, and deep caverns. While their great repository of knowledge about elemental forces and magic is useful in the right situations, their more useful power is the ability to occasionally witness events near sources of their element. This power is stronger nearer to the Wurd and nearer and more powerful the source. While Wurds can sometimes be bought with trinkets of interest, most often they demand a service, making their supplicants pawns in the struggles between the elemental lords. Since the Wurds can glean information useful only for a short time, some powerful individuals and organizations owe them a favor or two against immediate need.

An elite ruling caste of ghoul in a catacomb fortress beneath a major human city, the mind eaters steal memories and knowledge by eating the brains of the living and recently dead. Shaped by snippets of memories and human ambition they have set themselves up as aristocratic rulers of houses of lesser undead and compete viciously among themselves for power and the best brains. The Mind Eaters hold much knowledge thought lost by the rest of the world in many realms of human science, art and magic. Their secrets can be bought for any source of leverage in both their own shadowy society and the human world above. They often meddle through agents paid in lost insightsÂ as a more powerful city above means a larger herd.

3 Comments To "Three Unconventional Sages For Your Game"

Nice selection, I especially like the Raven and the Ghouls, ghouls are a very under-appreciate monster I think.

Though Elementals may prove more immediately applicable to my campaign.

I can immediately imagine ways to use each of these–and not just as “we need to know something” hired brains. Nice!

Love these. I’ll be looking for an excuse to use them soon!