Thinking About The Characters’ Costumes 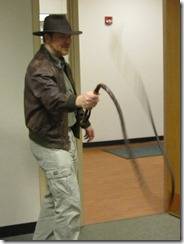 With Halloween having just passed, many of you were likely to have been inundated with hordes of costumed trick-or-treaters or co-workers. Halloween is a wonderful holiday, and one of my favorites, primarily for the costumes. Donning a costume doesn’t change anything about the person wearing it, but it does change the perceptions of everyone seeing the person. My Indiana Jones costume is little more than the clothes and jacket that I wear to work on a daily basis, with the addition of a fedora. (What, you don’t carry a whip everywhere…) However, social interactions were completely different when I wore it to work. It gave people different aspects of myself to interact with, and I was happy to play up to them. When you think about it, the PCs in your game are kind of like costumes for the players to wear.

Of course the players could go for the very basic, cheap, and off the shelf costumes/concepts to represent themselves in the game. 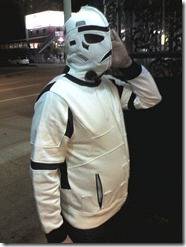 but that rarely happens. Even when using the basic concepts, players try to make the options they use special through play and attention to details of how they look and operate. 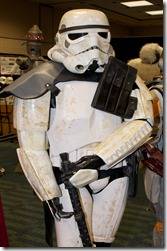 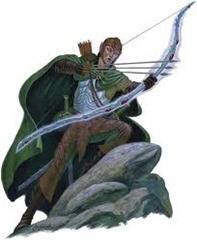 More often than not, it’s about the style and the looks, and making your characters/costumes unique and personal, not trying to gain mechanical advantages. 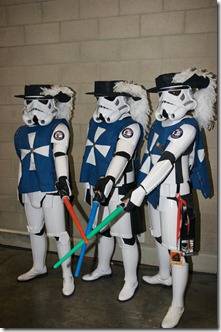 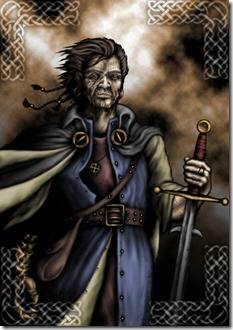 Players want their characters to be unique. The characters are the costumes they wear when they game, and they’re not just doing it for one night, unless it’s a one-shot. It’s for a long campaign or at least enough time that they don’t want to play the Genera-rogue. They want to play Asella, the fear of Westhaven — whose wolf headed daggers are left in the walls of the houses she robs as a calling sign. Her dark blue cloak seems to shift in color as the magics enchanting it swirl about underneath the upper-most layer of cloth and the small tear on the left hand side is from the guard who almost, almost, caught her.

The little details of a character, and how they look and act, are like the detailed and intricate costumes that cosplayers make to impress people at conventions, just to be seen and acknowledged.

And that is what we do as players, we want our characters to be acknowledged and looked at. Even the character of the very casual player, playing the most cookie-cutter class or concept is wearing an awesome costume in their head. The “costume” of every players’ character is awesome, even if they don’t get to draw it out or spend hours in creating it in the real world. But they can create it in the game, they just have to be encouraged and given the chance.

Being Open To Having Awesome Costumes/Characters

As the Game Master, you have the ability to help players realize their awesome costumes. You just have to enable the players in showing their costumes off. Here are a few ways to do that.

The concept that players enjoy playing more unique characters is something that veteran and newbie GMs tend to figure out pretty quickly. But reimagining the character as a costume that the player wears and helping them take it from a basic off the shelf costume to a well crafted custom job can really change the way people play. Take a look at your current game and try to imagine the characters as costumes. Do they tend to be more off the shelf or more custom and detail? What do you currently do to emphasize the details of players “costumes” in the game? What are some of your favorite “costumed” characters and what details made them especially awesome?

1 Response to Thinking About The Characters’ Costumes