Things Terrain Has Taught Me About Gaming (And Maybe Life?) 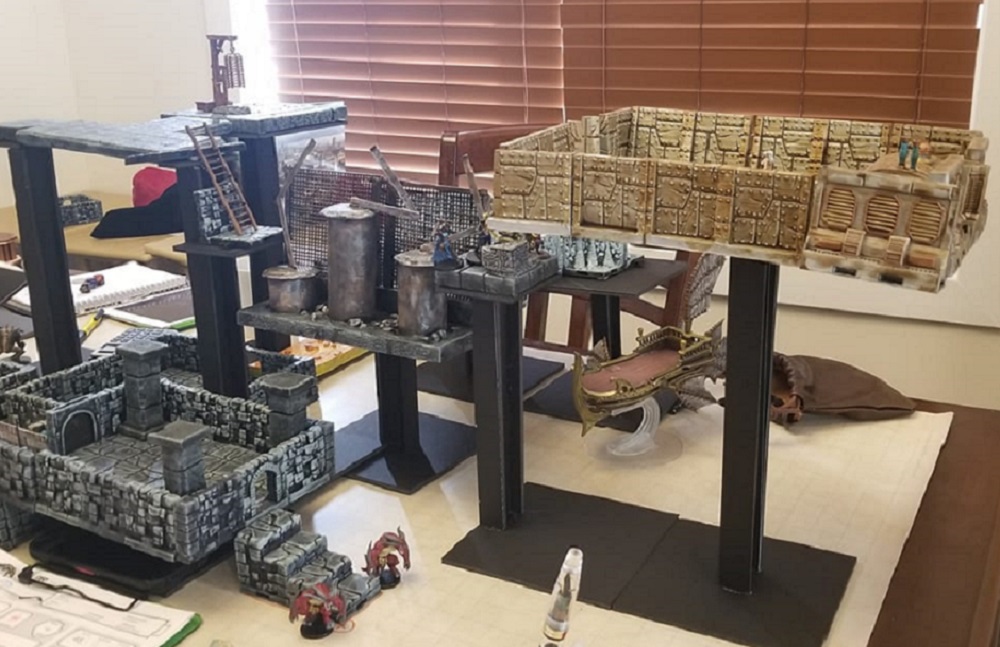 2020, for all that it’s been a nightmare blur of alternating panic and boredom, has been a golden age for some when it comes to hobbies. My friends and I are currently surrounded by piles of insulation foam, knitting projects, carpentry, drawings, paint, and an objectively-troubling number of adopted pets. Like everyone else, we miss effortless socializing and even aggressively mundane activities like traveling to work, but gosh if it hasn’t given us more time to sit with ourselves and our ability to manufacture our own joy.

I know that I am lucky, as are most of those around me; we have the luxury of being able to work from home at least some of the time, and several of us live close enough together to form a small, safe “quaranteam” we can socialize (and play games) with. Many, many people are not so fortunate, and none of this is intended to minimize the struggles of those who don’t have the privilege we do.

With that said, many of the topics I’m going to talk about today are as applicable to online games (or even to things outside of gaming) as they are to in-person games where you push around figures and roll the math rocks. So, with that out of the way: things that making terrain has taught me about gaming.

Things Should Do Things, or: Chekov’s Fun

Chekov’s Gun says “if you’re going to have a gun on the mantle in Act 1, it should go off in Act 3.” The same should be true of pretty much everything in your games. When every individual piece of scenery takes hours of time to make, it’s supremely frustrating when that piece is a “there and gone” moment of ephemera. As irritating as this is for the person making dungeon scenery, it’s just as bad for players, who have to wait for the DM to pull out, fumble with, and set up something that doesn’t warrant their attention.

The inimitable Wyloch attempted to make the full, no-compromises “Tomb of Horrors” from D&D (the first video in the series is here, and it’s definitely worth watching). In doing so, he ran face-first into an old design ethos he called “hallways for hallways’ sake.” Particularly in older games, a large chunk of the experience of an RPG was basically discount cartography, with players having to map out sprawling dungeon complexes in order to be able to avoid doubling back on themselves or losing the thread of the adventure entirely. Adding in officially-sanctioned DM trickery like subtly sloping floors to take characters between levels and subtle teleportation magic created an experience that might be fun for some people, but probably isn’t the best item on the gaming menu. Even many modern published “dungeons” are littered with empty storerooms, dead-end hallways, and sometimes entire wings of a complex designed only to fill out gaming time.

Some might argue that real castles, caves, and underground complexes often have empty rooms or dead ends. But we selectively exclude boring things from our games and our fictionÂ all the time. When was the last time you can think of reading about a character in a novel having to go to the bathroom? Please do not answer this question in the comments, I’m begging you.

Â But we selectively exclude boring things from our games and our fictionÂ all the time. When was the last time you can think of reading about a character in a novel having to go to the bathroom? Please do not answer this question in the comments, I’m begging you.Â

Terrain-based games are limited in ways “theater of the mind” isn’t in two clear ways: available pieces to build the terrain from, and table space. Like many artistic limitations, this forces DMs to be more creative with the space and terrain they do have, creating a more fun game in the process. For an excellent example of how to design a creative, tight, fun scenario that uses terrain, check out “Julinda’s Gauntlet” (also from Wyloch). These same limitations exist in online games that use maps in that the larger a map is, the more processing a computer has to do, and even in theater of the mind, as the more a player has to juggle mentally (or on their notes), the less attention they’re able to pay anything; for more on this topic, check out my earlier article on working memory and how it affects games.

To boil all this down: don’t set anything down on the table that doesn’t change the game for players in some way. This doesn’t have to be an endlessly alternating series of monsters to fight and treasure to find. It can also include:

Many Small Things Make a Big Thing, but Many Parts of a Big Thing Make a Mess 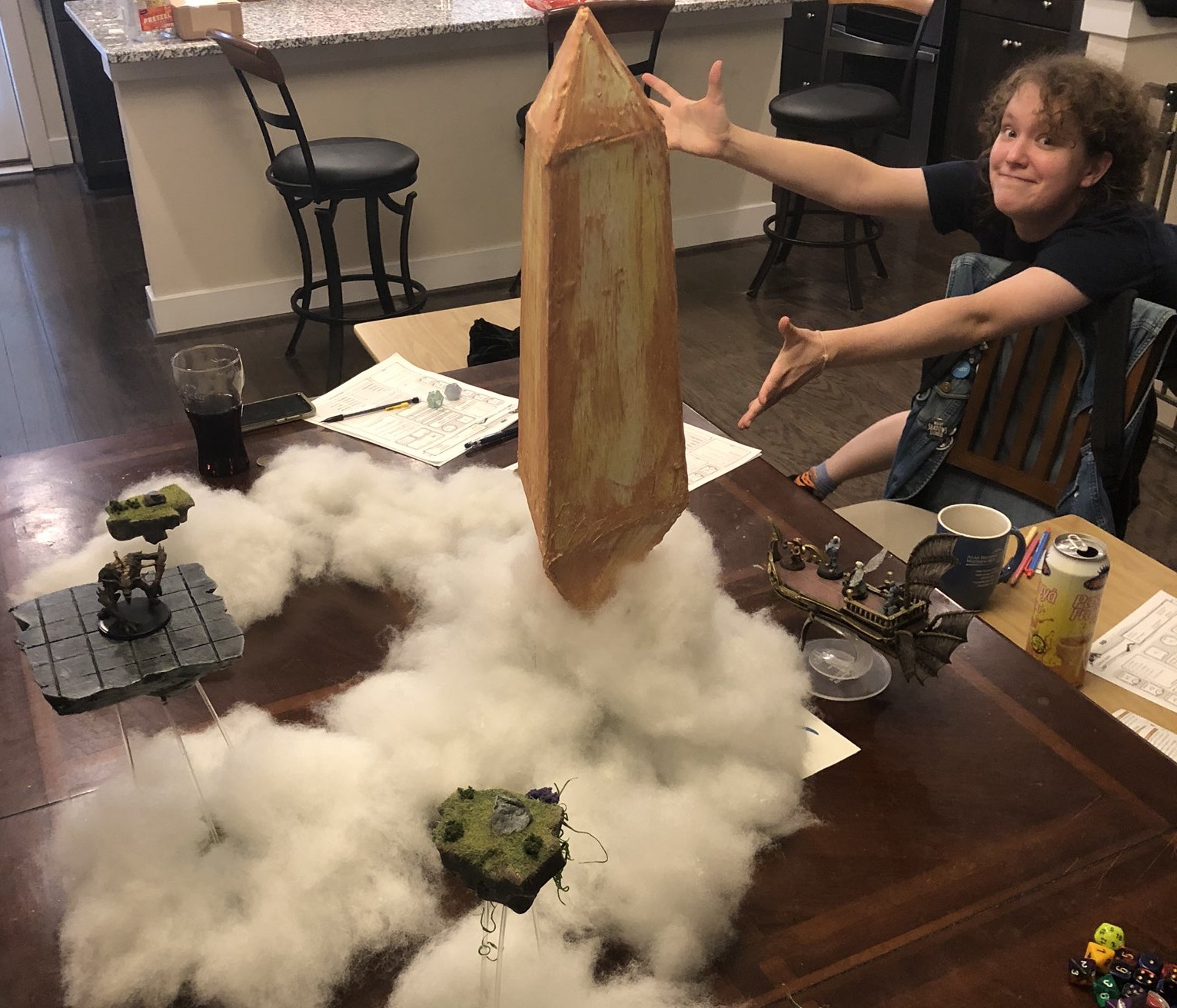 Yes, she is every bit as delightful and enthusiastic of a player as she looks here.

Making terrain, and I suspect all art, is an exercise in gradually-lightening despair. Every piece I’ve ever made starts out looking like garbage–often literally, as garbage is a great starting point for terrain (please do not look at my pile of shame). There’s something magical about watching something take form, graduating from cringey to only moderately awful to amazing.

But when you try to do huge projects–a whole terrain board, creating a game world, or making a new game system, to name just a few–the amount of time that you spend in the despair stage is astronomically longer. You’ll spend days or even weeks looking at a clumsy, amorphous mass that stubbornly refuses to turn into anything even remotely like what you had in your mind.

Contrast that with making a single, really cool piece. Or a new spell. Or a new mechanic. Pure enthusiasm is powerful, and can often propel you through that first clumsy phase and into that exciting time when something that previously only existed in your imagination is in your players’ hands (or is mopping the floor with them). If you do a single small project like that, you have something cool ready to go in pretty short order, and the worst thing that you can say about it if you put it out on the board is that it looks kind of lonely. If anything, that can help drive you to make the next cool small thing, and then the next, and bam. You have a whole freakingÂ pileÂ of awesome things you can put together.

Be Clear, Even If It’s Ugly: Abstraction is Better than Confusion 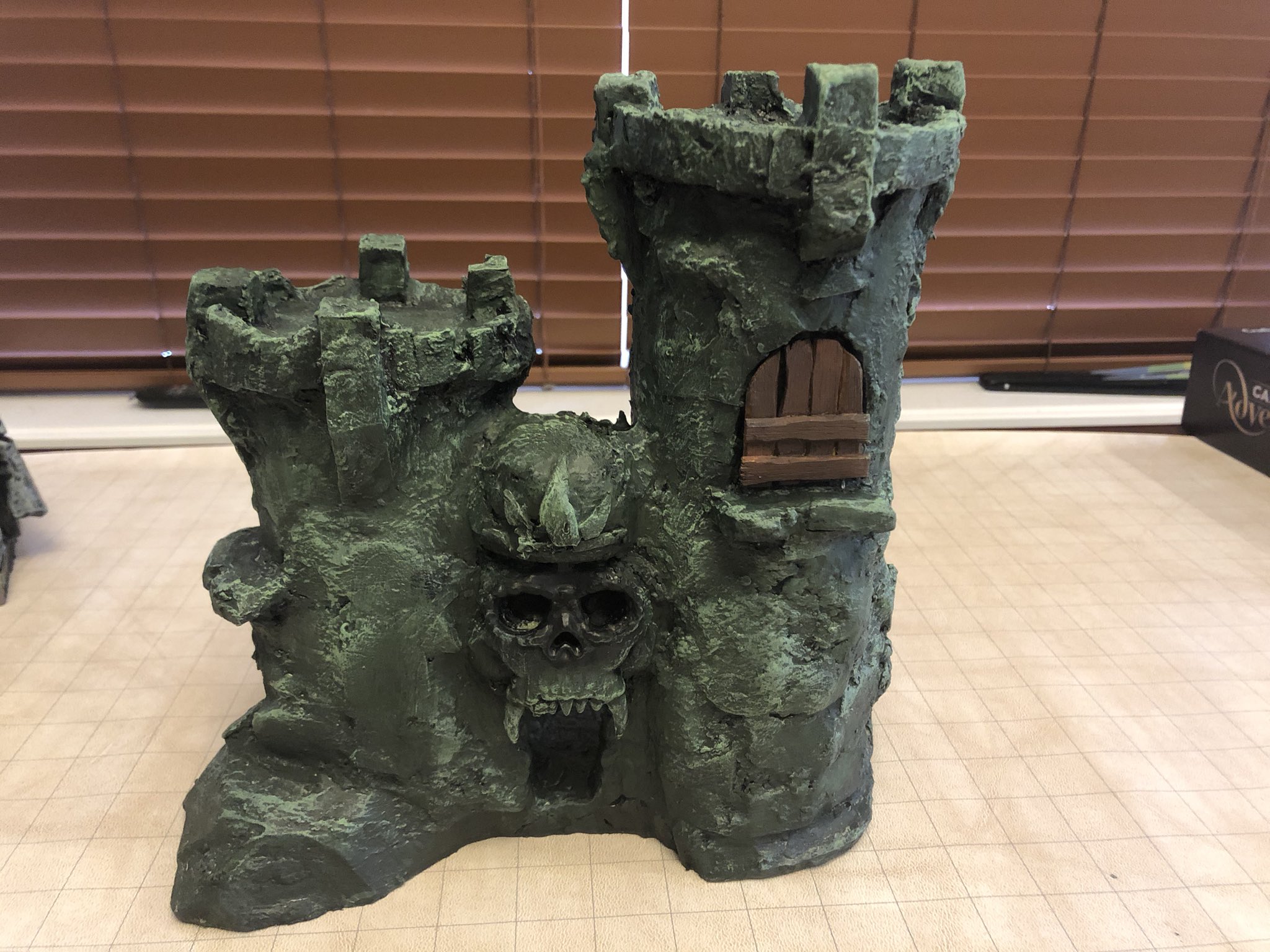 This is not a pipe.

“Okay, the goblin miniature represents a pit trap, the orc is a door, and that LEGO is a throne.” I’m not saying that everyone needs to have an enormous pile of exactly the right miniature, or that having perfect representations is the goal. But the more you ask your players to remember that a thing that looks a whole lot like an orc is actually a goblin, or that an empty tile is actually a pit, the more confusion you’re going to get. Even in a turn-based game, we make a number of snap decisions, informed by processes running under the surface that can get short-circuited when we have interference from what our actual physical eyeballs are looking at.

And this is assuming that your players are even paying close enough attention to realize what all those pieces were supposed to represent in the first place. It’s tempting to just grab the first thing at hand and say “okay, this is what this represents.” But when you do that, it only adds to the confusion. We live in a literate society, and if you don’t have anything that is a clear representation of a piece of important landscape, terrain, or monsters, it’s far, far better to just write what it’s supposed to be on a scrap of paper (or a dry erase token) and use that.

Oh, right. Life lesson. People aren’t psychic. Clearly communicating what you want, even when it’s uncomfortable, makes sure that everyone is on the same page. Just as important: remember to gracefully take “no” for an answer. This is equally true in gaming and life.

Don’t Be Afraid to Swing Big, But Also Know When You’re Beat

A short list of things I have tried since starting quarantine:

A list of the above projects that were successful.

These are failures. Every last one of them. They were huge swings, and they were all misses. What makes them distinct from the endless litany of my other failures is that I realized that these weren’t going to work, and IÂ stopped working on them. There was something tremendously freeing about saying “okay, this isn’t going to work” and then stopping.

What’s more, these weren’t all wasted effort. In aggregate, from the mess of abandoned projects above, I got:

There’s no such thing as wasted effort–the absoluteÂ leastÂ you walk out with is a knowledge of what not to do next time. And if that’s not a metaphor for the magic of just trying something, I don’t know what is.

So there they are: the gaming-and-life-lessons I’ve learned from terrain. So what has gaming taught you?