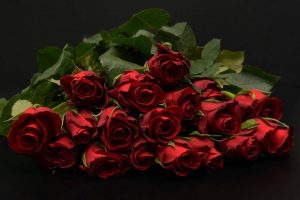 At the end of one session, I asked if next week was too soon to play again. “Are you kidding?” one player said. “I’d play every day if I could.” This made me realize how much players love both the game and their characters. That love of character is a factor I sometimes overlook when planning a session. It’s easy to get wrapped up in the mathematics of encounter design and forget about the heart of the matter.

So how do we encourage our players in their devotion to their characters? In this article, we’ll look at several methods to keep player characters (PC’s) front and center. If you can do that, they’ll sit up a little straighter, and maybe even lean a bit more.

CHARACTER FOCUSED ADVENTURES
This isn’t a new idea, but is one worth coming back to again and again. In a Character Focused Adventure one PC’s backstories or goals have center stage. In the past, players have commented that these are the most memorable sessions. They should be: you have instant buy in from at least one player in these types of sessions.

BALANCE
The obvious danger in Character Focused Adventures is the possibility of sidelining the others. Here are two approaches to keep everyone involved.

The first is to provide enough for everyone to do. If the fighter is the focus of the story, be sure there is some sneaking for the thief, some magically locked doors for the wizard, and some undead to occupy the cleric. These examples will vary by genre, and need not be as blatant as mine. Also, everyone should get some reward along the way as well, even if the main PC gets something a little sweeter.

The second is to rotate the focus. If last session focused on the wookie, perhaps this one can be geared toward the droid (sorry). That’s not to say that every session has to focus on a specific character. You’ll need some regular old adventures in there as well. Just consider spreading the attention around from time to time.

LITTLE THINGS MEAN A LOT
You don’t have to kill yourself during planning to provide character focus. Sometimes you’ll want to run a regular old adventure or even a published module. Here are some thoughts on making even those more character focused:

These types of encounters require very little retooling of your planned session. With some subtle shifts and a few tacked on scenes, any adventure can feature character centered moments.

CONCLUDING THOUGHTS
The good news is the burden is not all on you. Often during sessions players will say something you can incorporate in a later session. If they suggest that a particular magic item might be helpful, use that in a session or two as the hook. If you mention that the idea came from a particular PC, they’ll appreciate the attention. Give PC’s some special adventures and a little spotlight, and their players may just keep coming back to your table.

What other ways have you used to foster players’ devotion to the characters? What extensions would you offer to the ones in this article? Let us know below.