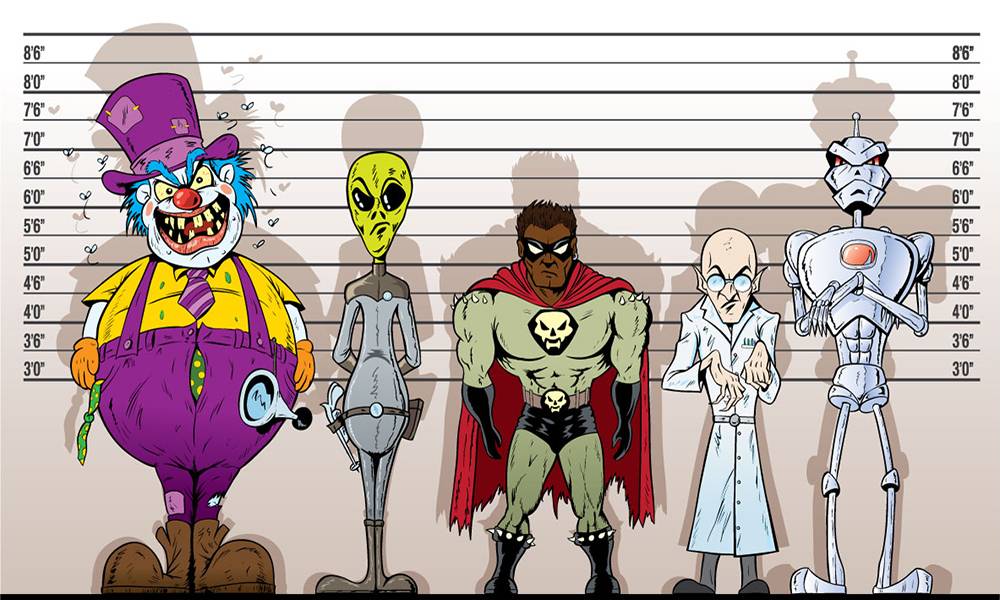 Tell us which evil NPC did the bad thing.

I originally discussed this topic in an older article on Rogue Princess Squadron, but after a couple of recent games I thought it was worth discussing again.

One of the primary ways a GM can bring a game world to life is through the NPCs the players interact with. They can give information, point the characters in the direction of adventure, be adversarial challenges, or even provide emotional motivation for the characters to do what they do. Through them, the GM breathes life into a setting and turns it into more than just a green screen backdrop for hacking and slashing away at some monsters. But what happens when a GM’s NPCs all feel the same and the players start to get bored or annoyed?

Recently, tension in a semi-regular game came to a head when we players butted heads with one of the NPCs. The session opened with our boss confronting us about a botched mission we didn’t even know we botched. The problem was, the NPC was played as incredibly antagonistic and downright rude. Our reactions to this took the GM by surprise as the session suddenly went in a direction he didn’t expect. As I eventually pointed out, I wouldn’t take that behavior from a real-life boss, so there was no way my bad ass character would just sit there and take that kind of abuse. This wasn’t the first time the GM was taken off guard with how we responded to one of his NPCs, but it also wasn’t the first time one of his ‘friendly’ NPCs pissed us off, pushing us to respond in ways he didn’t expect. In fact, most of his NPCs came off very similarly antagonistic.

The situation reminded me of years ago when a friend was trying his hand at GMing with a D&D game. We were both relatively new to GMing, so often offered each other feedback and suggestions to help us both improve. After one game night in that campaign, I struggled to come up with a diplomatic way to express my concerns. Finally, in my nuanced and oh-so-tactful way, I blurted out, “All of your NPCs are dicks.”

Luckily, he’s used to my style of tact and we were able to have a conversation about his use of NPCs. I pointed out that every NPC we had met, from the peasants in the village to the nobility running the region, was rude, condescending, demanding, shady, or just downright unfriendly. Ultimately, my character had no reason to put her life on the line to help these people, regardless of whatever monetary reward they were offering for us to fix the problem. My friend had fallen into a trap where he was defaulting to the same style of NPC for every character we came in contact with, and the game was starting to suffer because of it.

Some may be blessed with a natural acting ability that lets them bring the residents of a game world to life with minimal fuss, but the rest of us need to work at it.Â

A lack of variation in the tone and behavior of the NPCs a GM presents is an easy trap to fall into. When running a game, there’s so much to keep track of and creating and running NPCs isn’t a skill that comes naturally to everyone. Some may be blessed with a natural acting ability that lets them bring the residents of a game world to life with minimal fuss, but the rest of us need to work at it. This is also a thing that can happen to new and old GMs. I’ve seen it happen to newbies getting their feet under them and old pros that don’t realize they’re stuck in a repetitive rut.

I have always believed that NPCs are a hugely important aspect of GMing. Without them, the game world is just a stage with set dressing on it and unless I develop a strong attachment to the other PCs, I stop caring about the world and just focus on the combat and the puzzles, which isn’t what I game for. As a GM, I work to breathe life into a wide array of NPCs and I know I struggle with the more subtle, Machiavellian types. I can do scene chewing bad guys and big bad monsters, but the slimy, shady NPC you need to work with though you know he’s going to stab you in the back is one I have to work at.

Here are some thoughts that will hopefully help with creating and running NPCs:

The subtler aspects of NPCs are going to be lost on the players, so paint them with broad strokes. At some point, ask your players what they remember about certain NPCs you’ve introduced in previous sessions. More than likely, they’re going to remember the larger details of personality and deeds. “Oh, he was the smarmy and growly guy that ran the fight ring.” “She’s the airhead socialite that dated the monkey!” Unless the NPC is one that’s in play every session (almost a GM-PC, which can be a minefield of its own), NPCs with subtly nuanced personalities are going to get overlooked and forgotten in the face of bolder and easier to ‘get’ characters.

Plot hooks land better when they’re presented by NPCs that catch the players’ interest. Sure, you can use the generic bartender to give your players a plot hook, but they’re only going along with it because it’s what’s expected of them or there’s nothing better to do. Breathe a personality into your NPCs and the players are going to be far more interested in what they have to say. They’ll remember that mission they went on to help the wizened and grandmotherly goblin-witch (that looked like Yoda’s mother) far more than they’ll remember the job they got from generic ‘insert here’ bartender. Don’t hesitate to fade away NPCs the players don’t have any interest in and refocus on the ones that catch their attention. 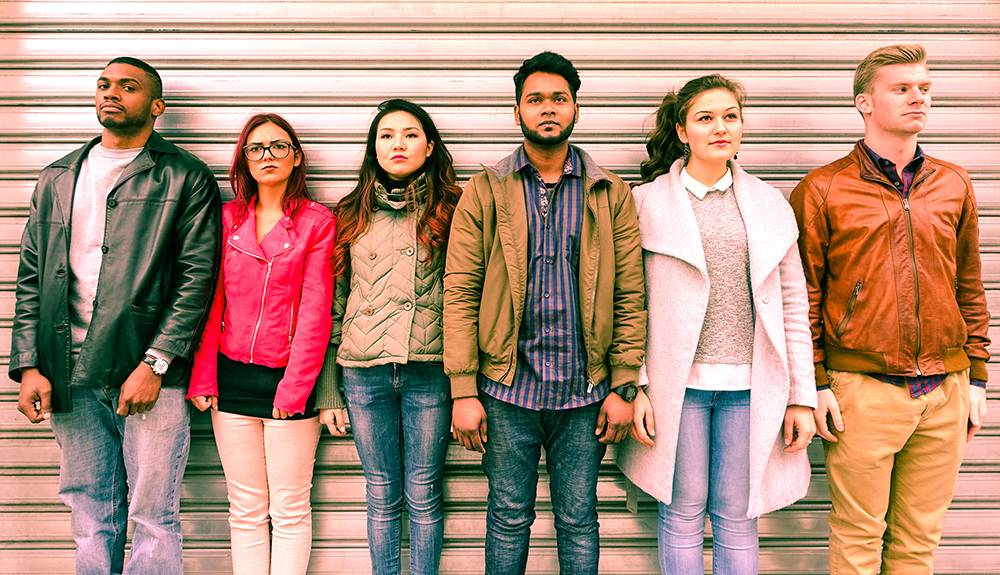 Vary your NPCs up a bit and it’ll make things more interesting for you too.

Keep track of your NPCs! Having to play the rest of the world is a big job, but it is an important one. As an extension of that, it is also vitally important to keep track of the characters you’ve introduced to your players. It’s not as much of a problem with NPCs you’ve put together through careful prep work before the game and intend to use long term, but there are often NPCs made up on the fly as the players bring up ideas you hadn’t thought of beforehand. If there’s a chance at all they’ll interact with that character again, make sure you note who they are and what their involvement was. The ‘airhead socialite that dated the monkey’ mentioned earlier was a throwaway NPC made up on the spot when they decided to call some of the numbers in the monkey’s little black book (it’s a long story). They got such a kick out of talking to her that they called on her several times during the rest of the campaign.

If you’re not good with coming up with NPCs on the fly, make a cheat sheet. A long time ago, in a galaxy not so far away, I played in an awful game where all the NPCs were named Joe, Bob, or Joe-Bob. This included the NPCs the GM had prepped beforehand. This GM was a problem on many levels, but it was also clear he didn’t think he needed to improve at anything. Needless to say, I didn’t stay in that game for very long. Even GMs that are good at coming up with NPCs on the spot may need a little help now and again. I find a cheat sheet of names relevant to the setting and types of characters the PCs could interact with is handy. Naming your shady Russian fixer ‘Bill’ is likely to push the players out of immersion. You can also come up with a cheat sheet of personality and physical traits to pull from if that’s something you struggle with as well.

Be Mindful of Stereotypes. If every bartender in your game is middle-aged man with a beer gut, you might want to take a moment and reconsider. It’s easy, in that modern game, to say the beat cop is an Irish guy named O’Malley, but it’s also been done to death. What if you made that beat cop a no-nonsense Latina named Rodriguez? Does that change the purpose the NPC serves? Probably not. While sometimes stereotypes can be a quick shorthand, it’s good to be mindful of them and subvert them on occasion. If you automatically think of a particular type of person for an NPC you need to put in play, maybe take a step back and consider some other options.

Occasionally take stock of the NPCs you’re using most often While relevant to our topic of NPCs, this is crucial for any element a GM uses, from settings to plot hooks and more. We all have tools we’re comfortable using, but falling back on those too often without changing things up will get repetitive for your players. Review the NPCs you’ve used most often and determine if you need to bring in someone with a different flavor to spice things up. Try and think about it from the player’s perspective as well; you may know the background differences between some NPCs, but they may all look the same to the players.

Not every NPC needs to be distinct and interesting. Sometimes a bartender really is just a bartender. The ones that do matter, though, should be as varied and interesting as the rest of the world your PCs inhabit. It’s a skill that can take time to develop, but with a little practice you’ll see the difference in how your players interact with the world. The first time they get emotional about an NPC, whether they’re protective of them or intending to murder them, you’ll know you’ve gotten it right.

Have you found yourself in a rut with your NPCs? I’m curious how other people have fixed the problem of NPCs not helping bring the game world to life quite right.

Using stereotypes with NPCs is something I began paying careful attention to years ago as a GM. I started because I was so frustrated with how film and TV– which strongly influence what most people expect from FRPGs– use stereotypes as a lazy way of storytelling. I found I could turn off the sound on a show and still tell who the bad guy/gal was just by the way they looked 90% of the time. Similarly I could turn my head away and identify the villain 90% of the time just by the sound of his/her voice. The way shows telegraph so clearly who’s who felt like an insult to my intelligence. Not to mention, of course, that the very real extent to which the stereotypes for “villain” align with various ethnic stereotypes perpetuates bigotry. Thus I resolved to be aware of use of stereotypes in my games, deliberately make NPCs’ appearances/mannerisms/voices more independent of their motives, and scrupulously avoid using real-world ethnic stereotypes in my games.