The Three Motivators: A Character-Building Tool 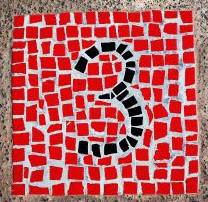 There are many ways to build a good character, but one aspect that often gets overlooked — or conversely, over-worked — is motivations.

If you know what motivates a character — PC or NPC — you can extrapolate a lot of other things on the fly.

The trick is not to make your motivators too broad or too focused. Too broad, and they’re meaningless (“She’s motivated by a desire to do the right thing”); too narrow, and they either dominate the campaign or never come up at all: “I will reclaim my dwarven homeland” is either going to be a major focus of the game, or will be ignored.

Either way, the end result is a useful character trait that, in actual play, winds up being useless — which is where this little tool comes in. You can use the Three Motivators with just about any RPG.

Pick three motivators for your character (NPC or PC) — two concepts and a goal:

That’s all there is too it. The Three Motivators technique isn’t designed to create a complete character, but rather to flesh out a character during the creation process — and to give you a set of simple, robust tools to access during play.

As a GM, it can help you improvise. If all you have for an NPC is these three motivators, you can react to situations based on those motivators and still convey a strong sense of what the character is about — which is essentially what your players do every session.

You can also take a shortcut, and just use one or two of them. A minor NPC created on the fly probably only needs #3, the goal; many NPCs will be fine with just #1 or #2 plus #3.

As a player, using the Three Motivators will add depth to your character in a way that has immediate applicability during play — unlike some elements of many PC backgrounds, which just never see the light of day. Your goal can help you drive the action forward, and gives your GM an automatic adventure idea or story arc to work into the campaign, while your two concepts will help you decide what your character would do in a variety of situations.

The Three Motivators technique was inspired by reading Eclipse Phase, which explicitly and cleverly addresses character motivations; playing Burning Wheel, which codifies motivators as Beliefs and gives them mechanical consequences; reading Mouse Guard, which employs character goals and motivators to drive every aspect of play; and reading Chris Chinn‘s work on flag framing and conflict webs, which I can no longer find online.

You’ll also spot Chris’s character concept generator right smack in the middle of #2. That nifty little generator was one of the most direct inspirations for the Three Motivators tool.

Have you used a tool similar to the Three Motivators? How did it go? What do you do to drive stories through your NPCs (as a GM) or your PC (as a player)?

6 Responses to The Three Motivators: A Character-Building Tool