The Surprising Impact of Encounter Type 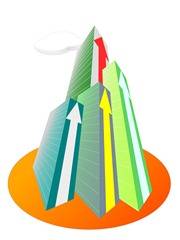 Encounter types are one of the variables with the most potential impact on games. From design, through character creation to adventure design, encounter type impacts the flavor and success of the game.Â  For the purpose of this article, Encounter type is the main function of an encounter. Common examples include investigation, combat, social, magic, or other skills but games with odd focuses can have more unusual encounter types like rocking out, scholarly debates, crafting, research, or romantic advances.

From a design standpoint, the proportional mix of encounter types sets the focus and tone, and this mix must be backed up by rules complexity and volume. If the focus of a game is to be mainly combat encounters, it makes the most sense to make combat rules the most complex and numerous rules in the game. By the same token, if your game is meant to focus on courtly intrigues, it doesn’t make sense to have 87 pages of combat rules.Â  Games of course don’t need to focus on a single encounter type, but the rules, encounter types, and intents should match each other well.

As a player, encounter types hold three key pieces of information for you. First, the mix of encounter types a game features helps to determine how viable your character concept is. If your game of choice is clearly weighted towards tactical combat, building an investment banker for a PC automatically excludes you from participation in the majority of encounters. However, as long as you design your character with the types of existing encounter types in mind and give them the ability to participate meaningfully in a variety of encounter types, it doesn’t matter so much that they’re largely focused on a single one. Making a “face” character in a tactical war game isn’t as crippling as it could be if that character can also swing a mean broadsword. While this means that characters will be to some extent generalists, and while it also means that players must be well versed in sharing the spotlight, it also means that situations rarely arise that render a character completely irrelevant.

Because of the vertical impact of encounter type across game design and character design, from the point of view of a GM, it becomes a deliciously dense variable, the cheesecake of your game, if you will. Right off the bat, encounter types as covered by the rules clue you in to the most common types of encounters the game is handled to deal with, and helps you choose if a game is the right choice for a campaign or group.Â  Be wary of games that claim to be about one mix of encounters, but support a different mix with their mechanics. Encounter types as intended by the designer also helps adventure design by suggesting a ratio of encounter types for you to use as an adventure model. If the rules spend 90 pages on combat, 30 pages on skill use, and 2 pages each on crafting and romance subplots, a good rule of thumb is to make adventures with three times the combat encounters as skill encounters, and only an occasional crafting or romance encounter.

Since encounter type is a good indicator of the strength of support the rule set gives certain actions, using the designed encounter type ratio as a helpful framework for guiding players though character creation is a good bet, but remember that players build characters based on what they want in the game, so this is more of a useful tool to prevent players from being marginalized in too many encounters than a straight jacket. Just because a game is combat heavy doesn’t mean every character must be also, but it does mean that they shouldn’t be worthless in combat.

Once you have a grasp on the encounter ratio as supported by the rules, and the encounter ratio as desired by the players, together these make a useful measuring stick for encounters in adventure design. If, even despite gentle guidance, a PC had no combat skills, a night’s session should never include only combat encounters. Similarly, if a PC has only combat skills, a night’s session should always have some combat.Â  The more you encourage players to include at least a skill or two from each of the major encounter types your game features, the less of an issue this becomes, but ultimately, the player’s mix of encounter types they support should mold your adventure design more heavily than almost any other factor. To help you with this, a simple chart of the common types of encounter in your game system, with the names of each character that can function in that type of encounter will allow you to visualize the proper mix for your game, while spotting potential problems.

With a surprisingly vertical impact on games, encounter types are an important variable to spend some time examining with respect to your game.

4 Responses to The Surprising Impact of Encounter Type