The Only Good Drow is a Dead Drow

Recently, Jared von Hindman wrote an article for the Wizards website on why playing evil races is perfectly legitimate, and how to properly integrate yourself into a party if you are playing one. I’m a long-time fan of Mr. Hindman’s work at his website Head Injury Theater. In fact, one of my first major “Wooo! Someone on teh Intarwebz noticed me!” moments was getting my name in his article on the movie The Manitou for sending him an article on foetus in foeto. O.K. Fan gushing time over. On to an actual article.

Mr. Hindman astutely notes in his article that “…I’ll be pissing off some opinionated D&D folks along the way…” and he’s absolutely right. I enjoyed his article and it’s a good guide for players who want to play monster races, but it doesn’t address two very major issues with that phenomenon. Namely, why everyone in a group with a player of a monster race wants to hurl bricks through that player’s car windows during smoke breaks, and what you, the GM can do to help curb the perfectly natural hatred that you and everyone else at the table feel for a PC with a monster race.

It’s important to remember that the problems I discuss below are common enough problems that we’ve likely all seen them from time to time, but not universal ones. Hopefully if you play a monster PC, or someone in your game does, none of the below apply to you. 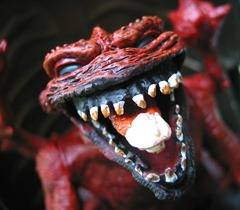 One of the many reasons players and GMs alike hate monster races is that monster races are custom designed for munchkins. They’ll talk a good game about how their charisma penalty cancels out the bonuses they got to their strength, or how their role-playing restrictions balance their ungodly dexterity, butÂ  it’s all smoke and mirrors to let them get an unbalanced PC under your nose, saddled to the brim with restrictions that will never see the light of day. As a GM, it’s important that you take a careful look at any nonstandard race requests, consider role-playing and social penalties or whatever their “downside” is with the appropriate weight for your group’s play style, and don’t be afraid to either say “No” or suggest alternative options.

Monster characters are also often spotlight hogs. Because of their special background, monster characters provide a jumping off point for social encounters that would otherwise be hand-waved and they come with prominent back-story, kickers, and hooks that almost force the GM to weave story arcs or even the entire campaign around them. You may be able to tell from what you know of the player in question if this will be an issue. If not, the first few sessions will be a dead giveaway. Fortunately, as the GM, you control the spotlight. This means that you have easy control over this problem. A steady hand on the rudder will ensure that all players get equal spotlight time, and if the offending player pushes the issue, you can always re-direct the scene to another player. For example, the monster player starts an argument with a shopkeeper. The shopkeeper turns to another PC and says, “Aren’t you embarrassed to be associated with trash that would act like this?” thus dumping the spotlight on that PC for their reaction. 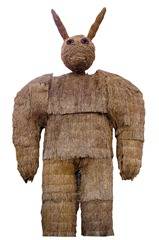 Often, monster characters are one-legged cheetah men, created primarily to disrupt the game, ruin other players’ fun and drag down the rest of the group. Monster PCs are no different than any other party member. They need to have a minimum level of functionality and they need to play well with others. “I’m a monster” is no more of an excuse for disruptive behavior than “It’s my Alignment” or “I’m just playing my character.” This is especially a problem with monster characters because their inhuman heritage is a legitimate excuse to be played like jerks. Faced with this sort of PC, monster or not, a GM needs to evaluate the source of the behavior and help re-design the character if the problem is inadvertent, or put a stop to it if intentional.

Let’s take another look at Mr. Hindman’s opening claim: “Let’s get something straight: Evil is cool.” Sure. Most of the time, evil characters, monster characters included, are very cool. But the important thing to ask is “When are they not cool?” The answer is that evil characters and monster characters aren’t cool when they’re tired re-hashed overdone, trite pieces of boring crap. Which is why despite the fact that , as Jared points out a few paragraphs later, Drizzt Do’Urden is the man, there has never been a Drizzt rip-off character who has ever been cool, despite the fact that you can’t pee in the street after a drunken bender without hitting one with splash damage. This means that when a player brings you a monster character, with the hope of re-creating his favorite hero in his dewy little eyes, it’s your sad duty to help guide him in a direction that makes his creation distinct. If nothing else, it prevents your game from copyright infringement lawsuits. 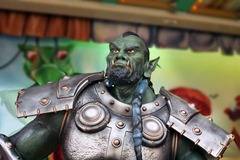 So your campaign has been rolling along smoothly, or maybe you’re starting a game in a setting where monsters are savage foes of the normal PC races and usually killed on sight. You know, like almost every game setting ever? Yet suddenly, a player has the urge to play a monster race, and for some reason, despite the fact that every other orc in the world is public enemy number one, and anyone who associates with them is treated with suspicion and distrust at best, this fails to apply to the PCs. Sure, the innkeeper may give the orc PC the hairy eyeball, and make some racist remarks, but he doesn’t do what he’d do if any other orc were to wander into his establishment: call the guard and have the lowlife scum drug off to be fitted for a hemp necktie. When a monster PC is treated just like any other PC in a world whose lore doesn’t support this, not only does it ruin immersion, but it’s contradictory to the point of playing a monster PC in the first place. If you’re early enough in the campaign, and it doesn’t create too much trouble, simply house-ruling the monster race as normal accepted members of society solves the immersion issue, but still takes away part of what makes a monster race special. Another alternative is to give the monster PC a special status that marks them as not a threat. Maybe they’re branded with the symbol of a reformed criminal or heretic. Maybe they’re owned by another PC, and thus are assumed to be that PCs responsibility. This is something that needs buy-in from the player in question, but a monster PC needs something that makes them readily identifiable as something other than target practice.

What about you? Why do you hate monster PCs? (You know you do.) More importantly, how have you dealt with the unique challenges they bring to your game?

17 Responses to The Only Good Drow is a Dead Drow