The Nine Forms of the Five Room Dungeon 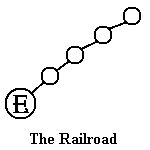 The Five Room Dungeon has been around almost as long as RPGs themselves, and has been enjoying a surge of popularity in the past few years as a quick and easy way to build a dungeon crawl.Â  Interestingly enough, it turns out there are only 9 base designs for the five room dungeon. With so few, it’s very easy to simply grab one of the nine, populate it and run a crawl, but it’s also easy to run the same basic layout multiple times until one of your players says: “Wait a minute! Isn’t this the exact same dungeon layout we ran last week?” 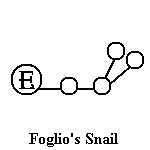 In fact, the 5 room dungeon contest held by Roleplayingtips and Strolen back in 2007 resulted in almost 100 5 room dungeons, all of which (to the best of my knowledge) make use of a layout I like to call “The Railroad” ie: 5 rooms in a straight line.

This is the assumed layout (at least they don’t otherwise specify) used by most setups like those proposed by Johnn Four and The stew’s own Troy Taylor. That makes a lot of sense because it’s meant to be simple, straightforward, quick, and the players are meant to hit 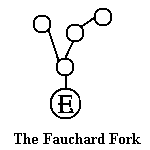 every room.Â  As soon as you introduce a fork in the path, there’s a chance that the PCs skip one or more of the five encounters.Â  Frankly though, these dungeons aren’t your magnum opus, so if a side passage is missed, the biggest issue is that you may be short a little game time. And let’s be honest: Who’s players don’t sweep the entire dungeon just in case they’ve missed something sparkly, especially if they have a half-hour in the session left to kill?Â  Worst case scenario, if you’re worried 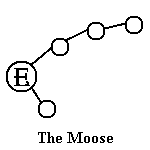 about it, just quantum ogre the whole run or put the key to one path at the end of another and call it a day. This effectively reduces one of the more complex layouts back to The Railroad, but no one is likely to notice if you don’t abuse the tactic. Alternately, consider designing your encounters so that all of them must be dealt with to succeed: destroying all traces of an evil group or collecting a series of McGuffins can require the exploration of every room.

The major issue then is 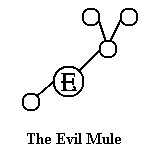 repetitiveness, since 5 room dungeons are a quick and easy fallback plan, and there are only 9 possible layouts. Fortunately, there are several ways to keep the same nine dungeons fresh use after use.

They don’t have to be dungeons:
It’s been said elsewhere, but these can be layouts for warehouses, starships, haunted houses, or any other location, not just dungeons. But this concept can be taken further. These can be 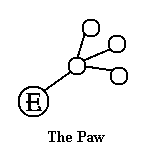 used as investigation trees, social networks, or any number of other setups.

Rooms can be shifted:
The reason the rooms are arranged in the the way they’re displayed is because I thought they made cute, funny,Â  or evocative pictures that way. Moving around the rooms makes no difference to the actual layout though.Â  If you want to move around rooms, change the order or length of passages, or other merely cosmetic changes, that doesn’t actually change the layout, but it does make 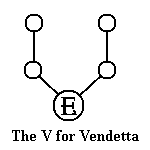 it look distinct.Â Â  For example, “Foglio’s Snail” can have it’s “eyes” rotated around to make it look similar to “The Arrow”, with the entrance at the other end.Â  This plays the same as the snail normally would, but looks different.

Levels can be added:
Any or all of the passages can be staircases, lava tubes, elevators or other vertical transitions, creating a two-level dungeon. Again, this is merely a cosmetic change to the layout, but it helps 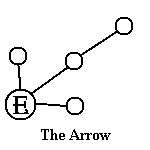 make this week’s dungeon look distinct from last week’s.Â  Alternately, you can prepare two five room dungeons and use one as level one, and the other as level two if you’re feeling particularly ambitious. This doubles the amount of work you need to do, but creates roughly 405 different possible layouts.

Use different building blocks:
All of the nine basic setups are constructed with only two types of building blocks: The entryway and 4 hall + room pieces.Â  There’s no reason this formula can’t be 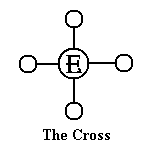 changed up. Additional passages can be added. Rooms can be connected directly with no hallways between. Secret passages can act as shortcuts or create secret rooms.Â  Alternate passageways that make use of different modes of travel can be created.

The sixth room:
Nothing says that a sneaky GM can’t create a five room dungeon with six rooms. If you want to be super-sneaky, the sixth room can be a secret room!Â  An extra room adds
many more possibilities with only minimally more effort.

An example — The Cliffside Temple:
Using “The Moose” as the base, here’s a sample five-room dungeon layout. An ancient temple carved into the side of a cliff, our heroes come in search of a holy relic.Â  From the entry foyer they can either head to the vaulted central chamber, or climb the stairs that lead to a rising set of observation rooms that look down on the central chamber through small windows.Â  A relic is located in the main chamber, as are several others in the observation rooms, but these are all fakes.Â  The true relics are kept safe in a secret chamber that can be accessed via a secret door in the uppermost observation room. Alert PCs may be tipped off to the existence of this secret room since it too overlooks the main chamber. 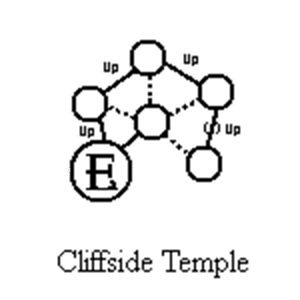 16 Responses to The Nine Forms of the Five Room Dungeon