The Joy of Insects: 4 Real-Life Creatures You Can Use to Bug Your Players 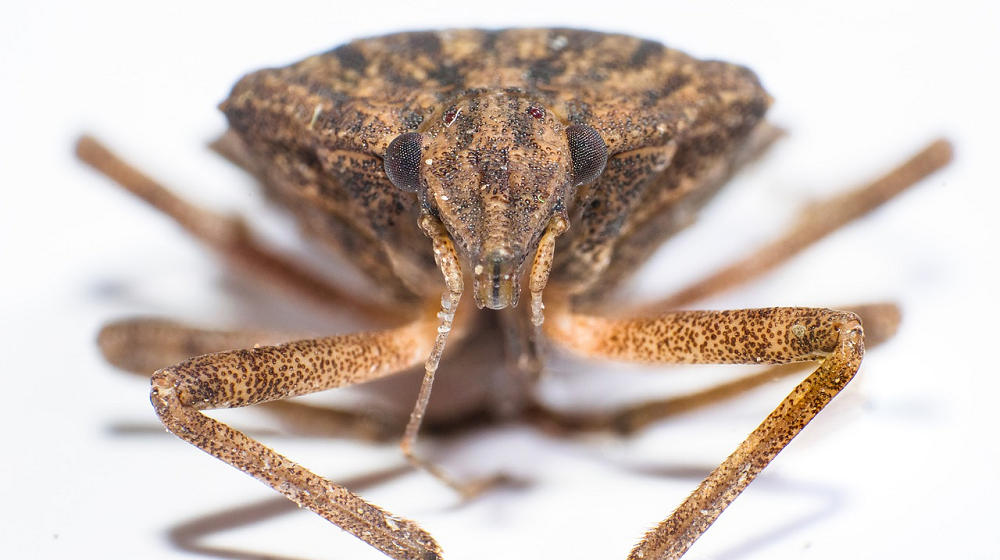 Content warning: as you’ve probably gathered from the title and picture, this article deals with insects and spiders, topics you or your gaming group may not be totally comfortable with. Proceed with caution and/or a can of Raid.

From Shelob in the Lord of the Rings to whatever that guy’s name was in The Metamorphosis, since as far back as I can be bothered to “research,” insects and spiders have been used to terrify audiences and/or also make them feel very smart: a tradition this article plans on proudly continuing by providing paper-thin overviews of really cool things without getting into the nitty-gritty of the stuff that actually makes it work. I’m no biologist, and this certainly isn’t Gnational Geographic.

On that note, none of the images in this article are actually of the insects or arachnid behavior in question. I would like to pretend this is because I’m worried about the well-being of Gnome Stew readers and that I want to prevent y’all from, I don’t know, licking a bullet ant or something. But the reality is: 1) it’s almost impossible to find unrestricted, royalty-free pictures of obscure insects and 2) if you want to lick a bullet ant, there is no way I’m going to try to prevent you from doing that. That would beÂ awesome. 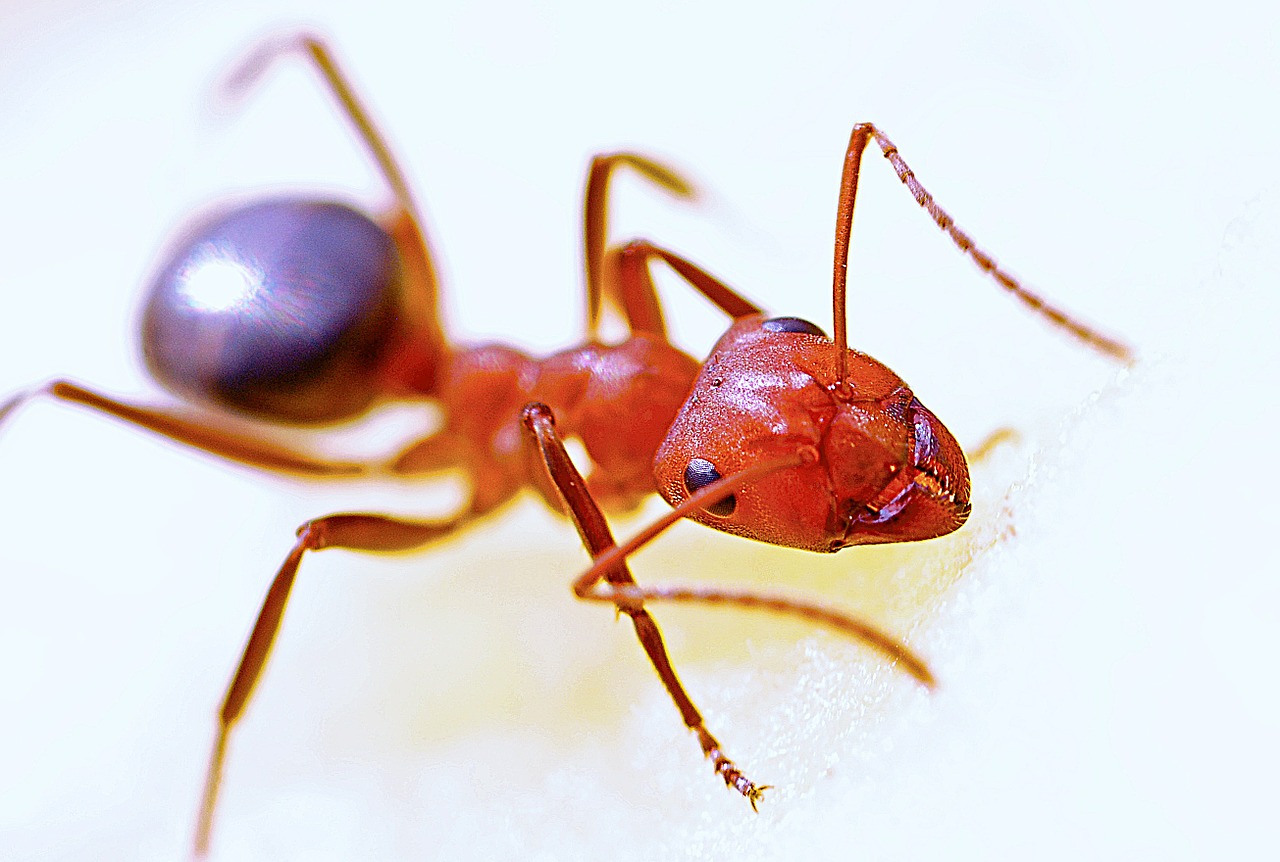 Schmidt’s Sting Pain Index, which ranks insect stings from least to most painful, reads like Torquemada’s tasting menu. Insect bites and stings are given descriptions like “Rich, hearty, slightly crunchy. Similar to getting your hand mashed in a revolving door.” On this scale, the bullet ant’s sting is described as “Pure, intense, brilliant pain. Like walking over flaming charcoal with a 3-inch nail embedded in your heel.”

Â “Pure, intense, brilliant pain. Like walking over flaming charcoal with a 3-inch nail embedded in your heel.”Â
With that kind of recommendation, how can we not use it in games?

In a fantasy setting it’s always tempting to make insects huge versions of themselves, so why not mix things up a little bit and have your PCs face a swarm of completely normal-sized, non-magical ants, any one of which can potentially knock characters out with a single bite?

In order to simulate this, there should be half a dozen or more ants per PC, each of which should have only a single hit point (or game equivalent). Character parties with extensive area of effect damage options will need to face more ants, and those without any such options should face fewer. The ants, when they hit, should only do a single hit point worth of damage. The secondary effects of this damage should be incapacitating, however. When hit, PCs must make a difficult Constitution/Endurance/Might/Etc. roll or be entirely incapacitated until they succeed on subsequent rounds. Additionally, whenÂ  bitten, characters are in such evident (and loud) pain that all other players within visual or auditory distance suffer penalties to attack and defense rolls due to distraction and fear. Finally, any character who fails one of these rolls should suffer these same penalties for the rest of the encounter, as the memory of the sting is fresh and painful. When a character is incapacitated, all the ants in the immediate area should begin swarming that character.

The key to this encounter is to ensure that the ants are not individually powerful or threatening, but even a handful could easily swarm and kill a character who succumbs to their sting. These ants could also easily be used in a trap in a jungle encounter, or as the mindless but dangerous servants of a local nature spirit.

In nature, there are defense mechanisms, and there are defense mechanisms. When threatened, the Bombardier beetle responds by shooting a stream of boiling water and caustic foam from its rear end–while anyone who has eaten a handful of those gas station taquitos can perform the same trick, few of us have the courage or shamelessness to use it as an actual method of self-defense.

When threatened, the Bombardier beetle responds by shooting a stream of boiling water and caustic foam from its rear end–while anyone who has eaten a handful of those gas station taquitos can perform the same trick, few of us have the courage or shamelessness to use it as an actual method of self-defense.
A pity, really.

A giant bombardier beetle should be a fairly straightforward fight–its rear armament should be devastatingly powerful, but deployed sparingly. In OGL-adjacent games, a recharge roll is one potential way of handling it. In AGE games, a high-cost stunt may be warranted, while in Cypher System games, getting hit with a giant beetle’s butt cannon is a pretty great GM intrusion.

The bombardier beetle represents an opportunity for a character to take something out ofÂ  a battle other than treasure or experience points. After the combat is where things have the potential to get interesting. These beetles have chambers in their bodies filled with caustic and volatile chemicals–curious, ambitious, or reckless adventuring parties might want to capitalize on that potential. A difficult crafting, nature-related or similar skill check should allow characters to harvest the chemicals inside the giant beetle. However, failing by sufficient margin should activate the chamber, spraying the character in question with another round. Additionally, if the character carries these reagents into battle, fumbles, intrusions, or enemy stunts can potentially set off the chemical reaction as well.

In certain parts of Nepal and Turkey, bees gather nectar from rhododendrons, giving their honey a slightly-reddish tinge. More interestingly, these flowers also make the honey hallucinogenic. The bees that make this honey nest in sheer cliffs, making gathering the honey as dangerous as any combat encounter.

In the vein of Indiana Jones and Tomb Raider, you might use Mad Honey Bees and their honey as the key to certain puzzles, or even to an entire dungeon that can only be navigated by those who have eaten the honey. Such an adventure would have three key parts: 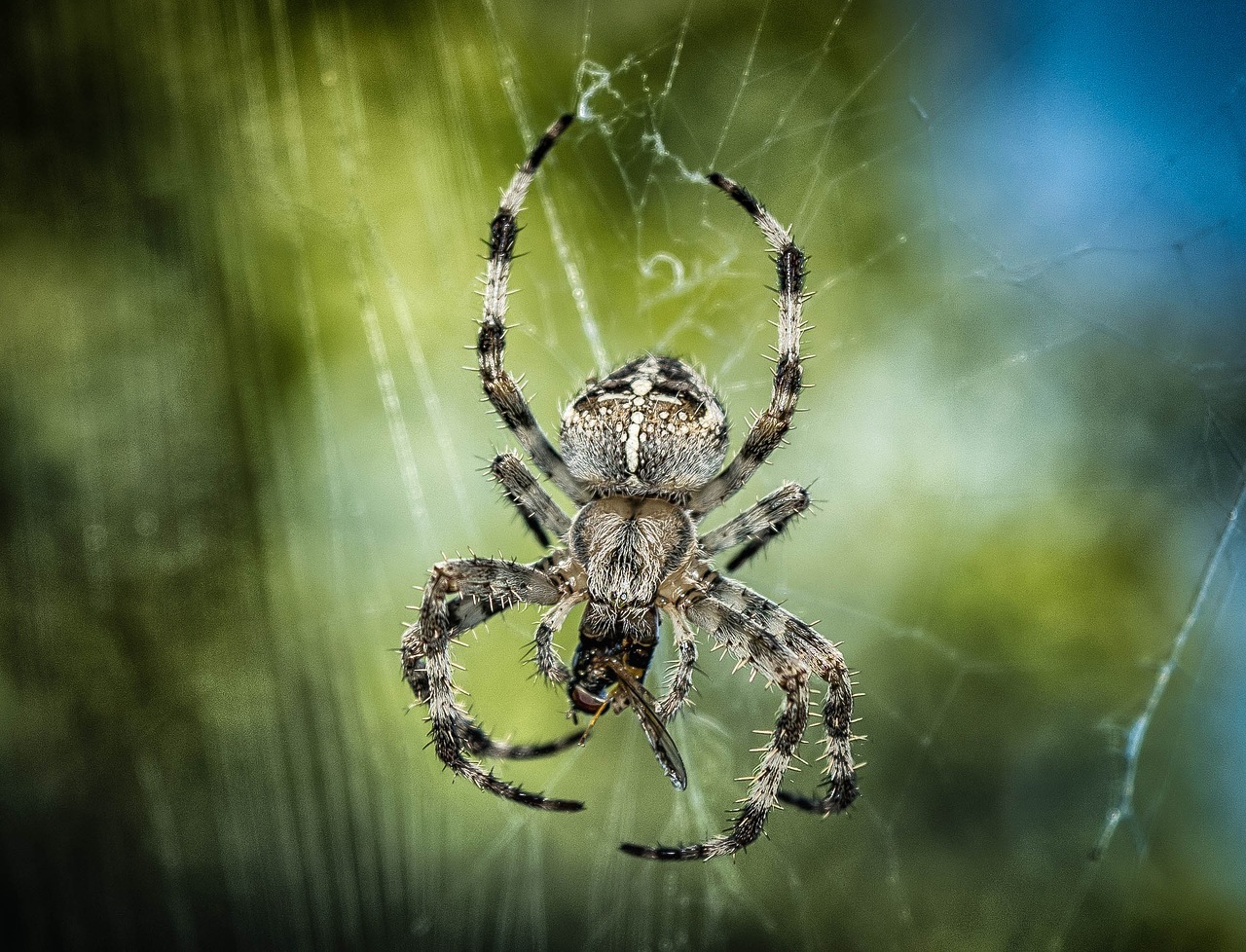 Yes, I know spiders are arachnids, not insects. This is still too cool to not talk about, though. Image courtesy of Pixabay.com

It’s gonna be hard to hear this for some of you, but spiders can fly. Not with wings, and not quickly, but they’ve been found up to two and a half miles in the air, just kind of chilling out. They do this by finding a high area, extending their abdomen, and letting loose a long string of silk. This behavior is called, alternately, “ballooning” or “the most horrifying thing I have had to learn; kill all spiders with fire.” Scientists have recently learned that the earth’s electromagnetic field plays an important role in how they are able to do this.

Ballooning has the potential to drive your player group into thinking about battle encounters in three dimensions, rather than the usual two. If your characters spend a lot of time in the air, whether with airships, on flying mounts, or through other means, ballooning spiders are a great, unusual encounter to give them. Because this is fantasy, you can also feel free to take some liberties with the science involved in ballooning. Real spiders extrude a single strand, repelled by the Earth’s negative charge. Fantasy spiders the size of a Prius might instead have entire elaborate webs, supported by nothing but invisible, non-magical forces the characters do not understand.

You could even go farther and give such spiders a resistance to lightning or electrical damage, since they spend much of their time surrounded by electrical charges. You might even have the web itself do lightning or electrical damage. If, on the other hand, your players prefer a more grounded approach (ha!), you can also have more conventional giant spiders unexpectedly begin ballooning in order to escape, or in order to catch players who would otherwise be able to get away from them.

Even in the real world, people are terrified of insects. What they represent, where they’re found. They sting, and they bite, and they’re present where rot and disease has taken hold. In short, they’re the perfect representation of the darkest sides of nature. Leaning into this and using it is a great way to add a visceral thrill to your games, while still keeping them grounded.

So what do you think? How have you used insects or arachnids in your games recently?

1 Response to The Joy of Insects: 4 Real-Life Creatures You Can Use to Bug Your Players