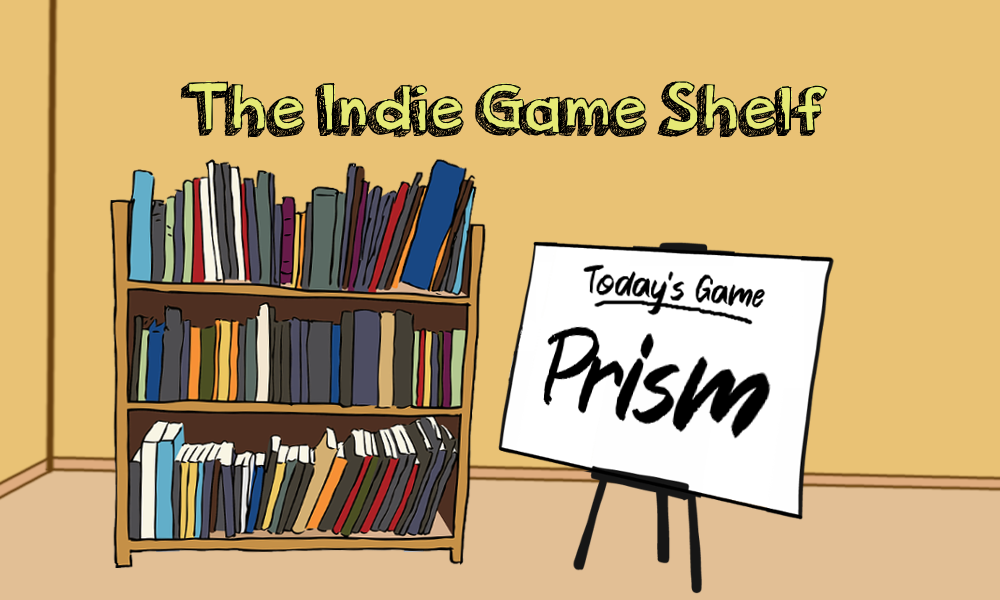 Prism: An Aquatic World of Relationships and Intimacy 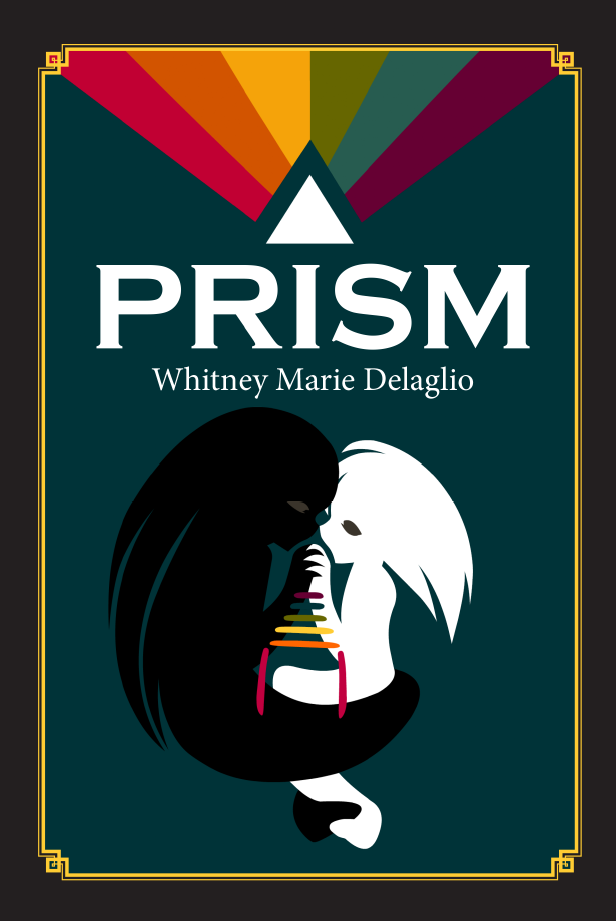 Prism by Whitney Marie Delaglio/Little Wish Productions is a diceless RPG designed for one GM and 1-4 players to explore character interactions, relationships, and conflict resolution in a mystical aquatic world. The setting of the Prism RPG is introduced in the free online comic Prism the Miracle (also from Little Wish Productions) and involves a variety of aquatic humanoid species, elemental magic, and a collection of deities responsible for the creation and oversight of the world. Both the game and the comic promote a sex-positive environment of exploration of emotional and physical intimacy, so that’s something to keep in mind when picking up and sharing this game; it is recommended for players of age 18 and older.

Stories in Prism will focus on the characters’ values, their relationships, and the obstacles they must overcome, often by working together. The game provides a setting backdrop and mechanics that support these story elements. Each player character (PC) in Prism hails from one of the six Realms of the setting, each being associated with a different color and one of the world’s deities. For example, the Gold Realm is headed by a descendant of the God of Life. A PC’s Realm gives them a cultural and ethical background, describing things that the Realm “values” and “resents,” which have both mechanical and narrative significance. Similarly, players also track mechanics for their characters’ Relationships, providing both mechanical and narrative fuel for the game’s stories. Relationships can be of any kind (platonic, sexual, familial, etc.), and they track on a negative-positive spectrum (from the character’s viewpoint) and are asymmetrical, meaning that one character can have a Negative Relationship to another character while the second character might have a Positive Relationship to the first.

The world described by Prism, besides being aquatically themed, includes many mystical elements that can be used to contribute to an interesting and emotional story. The six deities who created the world each have different personality traits and hold a strong influence over the inhabitants of this world. They have representatives who speak on their behalf, and the gods themselves still wander the world and are at least watching, and may even be moved from time to time to interfere. The people whose bodies die in the world of Prism leave behind Silhouettes, shadows of their souls, that remain active until they can find peace. The setting also features elemental magic and a dark contagion known as the Punishment, a magical infection that awakens destructive emotions in people and often causes them to be shunned by their communities.

The game explores themes of deep emotional involvement and intimacy, and the consent and safety of everyone at the table is of great import. The game begins with the “Tea Party,” a kind of pre-game session zero that includes not only character creation, but also group worldbuilding and game topic discussion. The GM and players are reminded of the importance of enthusiastic consent during this pre-game process, and the X-Card is explicitly mentioned as an important tool to use. While the game itself focuses on particular story elements, the overall plots of the stories are left to the group to decide, and much of that discussion takes place during the Tea Party.

Characters in Prism are created as a combination of several different types of background. The Realm, mentioned previously, ties the character to a culture and value system. The Template offers some insight into the role or nature of the character, including if they’ve been infected with the Punishment! Characters are rounded out by Family (species), Vocation, and a starting Relationship to another PC, and they are completed by rating the characters Skills, which have already been affected by the earlier choices made. For example, a PC may favor the Insight Skill for being from the Violet Realm and also favor the Etiquette Skill for choosing a Vocation of Diplomat; all other Skill ratings would be filled out at the end of character creation. The background choices made also assemble a collection of Traits and Talents for the PC, such as a PC from the Barbed Fish Family gaining a special Fish Form Trait or a PC using the Nocturnal Template receiving a Trait that grants them initiative in certain circumstances.

The game explores themes of deep emotional involvement and intimacy, and the consent and safety of everyone at the table is of great import.
Prism is a diceless game. The core mechanism of task resolution is simply comparing a PC’s rating in a Skill against a static difficulty number with the difference between the two dictating success and whether the resolution includes a bonus or complication. This core, however, is surrounded by additional mechanics and modifiers that can tie the characters’ values and relationships to the resolution of every problem. Acting in accordance with the values outlined by a PC’s Realm can bestow Blessings or Curses which alter the rating of the PC’s Skills. In addition, the Relationship mechanics, due to their asymmetry, confer a variety of mechanical modifiers in different narrative situations. For example, in a two-way negative relationship, one PC could get a bonus while taking an action to show up the other, while a PC with a positive relationship to someone with a negative relationship to them could get a bonus to get the other character to notice them. 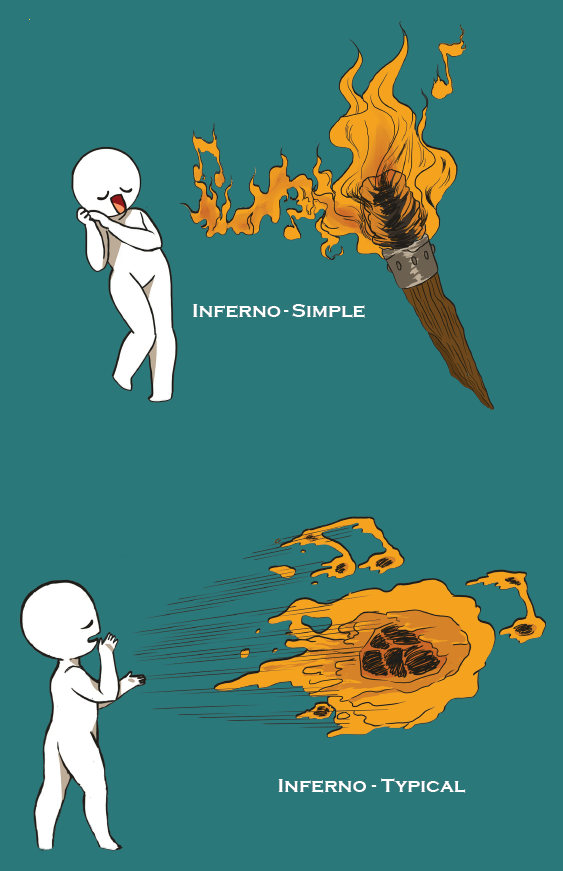 Besides tracking Relationship mechanics, players also track Physical Endurance and Emotional Endurance, giving physical combat and social strain equal mechanical footing. The magic system is also streamlined; magic “spells” simply describe an element or group of elements that can be controlled, and the actual effect of magic is just another type of action to take, governed by a specific Skill. The game is geared toward multi-session play, as Relationship ratings are changed between sessions based on what has transpired in the fiction.

It’s also worth pointing out that the artwork communicates much about the game, even mechanically. In most games, even the best artwork goes far enough to illustrate the setting and perhaps even convey a sense of the atmosphere of the fiction or even the tone of gameplay. All of this is accomplished in Prism, but it also takes the extra step of using artwork to communicate mechanical significance, as well, such as how to set the difficulty ratings for task resolution.

Character creation is neatly procedural, and the core mechanics of the game are quick and easy to learn. The complications for new players or GMs may be the specific situational triggers for individual PCs’ special Traits or the conditions dictated by Relationships, but players keeping their own characters’ Traits in mind will help keep things flowing. The pre-game Tea Party procedure definitely makes this game easy to pick up and play, since everyone can learn all they need to know during the character creation process, and everyone at the table gets to contribute to the setting of the game and goals of the stories. With immediate player buy-in and long-term play encouraged by Relationship mechanics, this game wants you and your group to take your time to explore these characters and their world.

Prism is currently available for purchase in print and PDF formats from DriveThruRPG, and don’t forget you can read the Prism the Miracle comic online for free. If you’re looking for other games with similar themes, you can check out Deep Love by Jason Morningstar/Bully Pulpit Games, a four-player game of deep-sea exploration and, in the words of the publisher, “a feel-good game about the complexity of love and sea monsters.” Although not published yet, if you’re looking for underwater settings and emotional exploration, keep an eye out for the upcoming Descent Into Midnight, a Powered by the Apocalypse game of underwater community, teamwork, and corruption. The game is still in development, but public playtest materials are available now from their website. I can’t mention RPGs with underwater settings without also mentioning Blue Planet from Biohazard Games, a detailed look at a whole underwater world for gaming and exploration. Finally, if your interests lean far into exploring character intimacy, I cannot recommend enough Star Crossed by Alex Roberts (also from Bully Pulpit Games), a two-player game of complicated love.