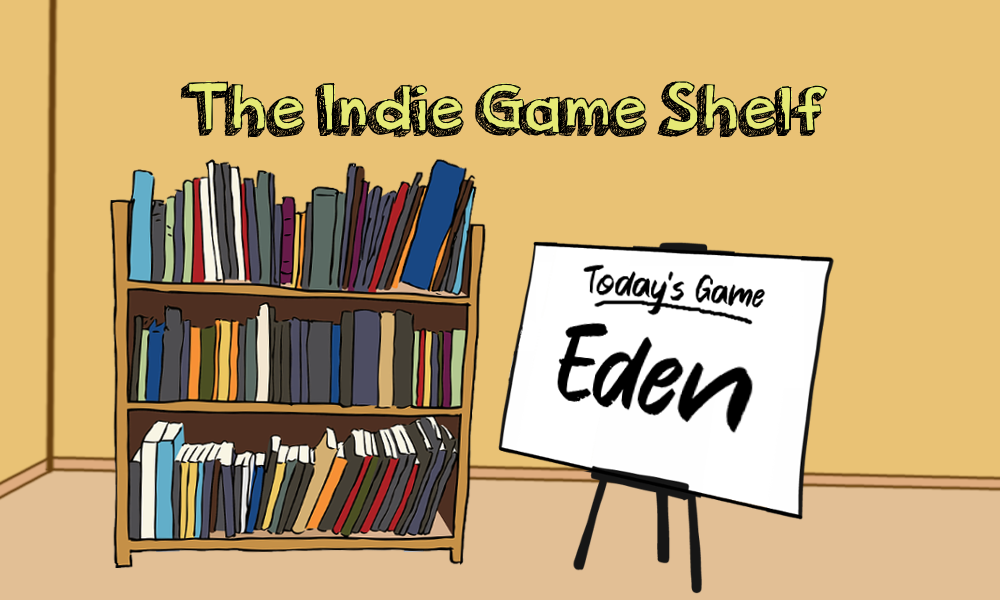 Eden by Marc Hobbs and Less Than Three Games is a no-prep, GMless story game designed for 3-5 players to explore the development of new human beings as influenced by their talking animal companions. It is a roleplaying game in the sense that each player creates a single character and is responsible for narrative control of that character throughout the game, but it is a story game in the sense that the mechanics focus on the structure, procedure, and outcome of a narrative. The game does not use dice, cards, or any randomizers, instead depending on narration and consensus to resolve conflicts.

The stories explored by Eden describe the emergence of the first generation of humans, who have arisen from the Garden, a setting collaboratively constructed at the beginning of play. All that is known prior to the game’s story is that the Garden is a land contained by a Wall and a Gate and is populated by these new humans and some intelligent, talking animals. Each player’s primary character is one of these humans, though as the narrative focus changes throughout the game, players may also roleplay talking animal characters or secondary human characters that are not the focus of the overall story.

Two primary themes that drive the game’s fiction are personal development and social dynamics. Personal development primarily motivates the main human characters. They begin play understanding and interacting with the world the way their favorite animals do. Over the course of play, the humans learn through interacting with more animals and other humans how they can come to understand the world for themselves and find their own place in it and a sense of their own selves. Social dynamics influence the world around these humans and generally take the form of how various animals regard the humans and their activities. Of particular interest is that the animals don’t have a moral sense; they operate on instinct. Though intelligent, they do not act like animal-shaped humans would act. Instead, they act as animals would act; they are just given the tools to communicate as humans would.

Because the bulk of the game mechanics relate to narrative procedure and because there are so few prescribed characteristics of the setting, Eden is an easy game to reskin for other stories. The core book itself contains some exciting variations on setting and play. For example, “The Playground” involves children learning how to act, and instead of talking animals, they might be guided by their toys or imaginary friends. Another variation is “Starship Eden,” which could follow newly-awakened clones being instructed by computerized artificial intelligence systems. The core components of any Eden story remainÂ a group of protagonists looking to develop codes of belief, some established (if narrow) behaviors to draw from for inspiration, and an insulated social environment for them all to play around in. There are many stories that can be derived from that set of ingredients and themes, and all could be examined in a game of Eden.

The rules of Eden outline a structured procedure to generate stories. Much attention is paid to setting up both the overall game setting and individual scenes, but once the narrative portion of the game takes over, there are few to no mechanics that guide the story. Gameplay is divided into three main stages. The game begins with two setup phases and then proceeds to a roleplaying phase that is broken up into repeatable rounds of play. 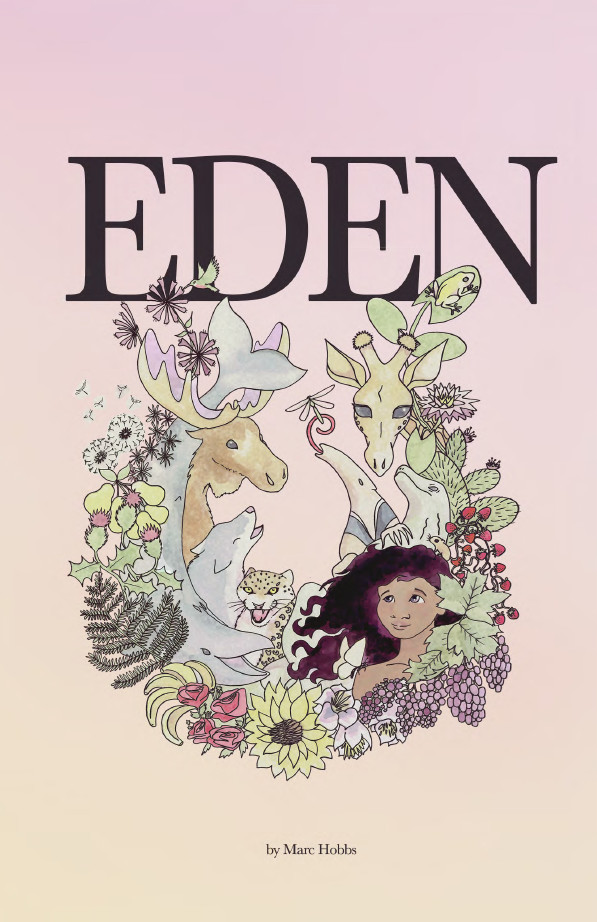 The first setup phase concerns the setting of the story, the Garden. The Garden is assembled from different animals, lands, and other features, all determined by the players. The choices are recorded on a collaboratively drawn map, and this map will later be updated throughout gameplay as the world (and the characters in it) are changed by the fiction.

The second setup phase is dedicated to the humans in the Garden, the main characters controlled by the players as well as secondary characters that are not exclusively controlled by any specific player but who can appear in main characters’ stories and be roleplayed by any available player. This human setup stage is what would be thought of as character creation in a more traditional RPG structure, and it is a this point that characters gain a favorite animal, a Skill learned from that animal, and a Lesson imparted by learning that Skill. Skills are not mechanically significant in the sense that might be expected in other games; they are more useful as narrative prompts. Lessons form the record of the character’s development as a person; they make up what might be thought of as a moral code or some other means by which the human makes decisions or determines values.

The roleplaying stage of the game is divided into “scenes.” Each scene is framed according to a specific procedure, but once the scene framing is complete and the narrative play begins, gameplay switches to a more freeform process and ends only when the players decide it is time to end. Each player controls one scene in a “round.” The game consists of at least three rounds, but again, it is up to the players how many rounds that particular session will consist of.

Throughout play, there are two major ways that game progress is recorded. Focusing on personal development of the main characters, players can add or change (or remove!) Lessons on their character sheet, in this way showing how their main human character is growing and changing as they encounter various situations, challenges, and people. In addition, changes to the world at large are recorded on the shared map of the Garden. These changes are mostly driven by what has happened in each scene, but also they are not required to be; in some cases, changes to the Garden may take place that are unrelated to what is happening in scenes.

Finally, once the final round has ended, each player contributes an Epilogue, either about their character or about how the world was affected by their character, depending on what has happened to the character during the story.

Eden is available for purchase in print and PDF from Less Than Three Games and Indie Press Revolution. As previously established in this series, I do love games involving collaborative map-building. Eden specifically calls out The Quiet Year (Avery Alder/Buried without Ceremony), which I highly recommend. Some of my other favorite map-building games include Companions’ Tale (Laura Simpson/Sweet Potato Press) and The Skeletons (Jason Morningstar/Bully Pulpit Games). For a game with a similar theme of humans and their animal companions, I heartily recommend Familiars of Terra (Liz Chaipraditkul/Angry Hamster Publishing).