The Illusion of Immersion 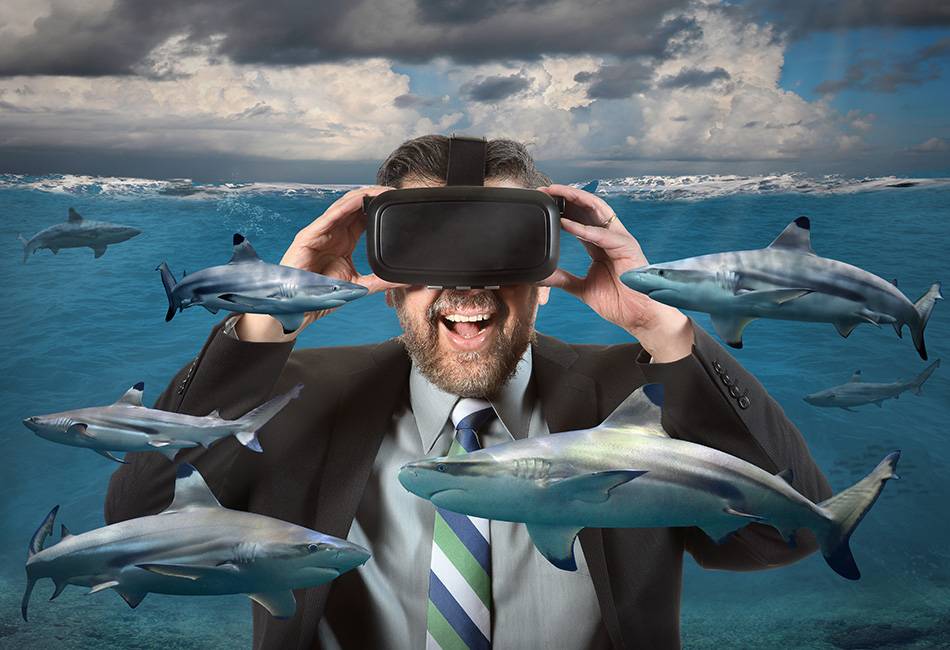 Okay, maybe not that kind of immersion.

Let’s talk immersion in RPGs. Most players and GMs would probably tell you that immersion is a good thing. When looking up the word in a dictionary, right after the definition of dumping ‘someone or something in liquid’, the meaning of immersion is described as ‘deep mental involvement’. So, what does this mean for us gamers? In general, it means getting into character and being caught up in the game so much that the actions you choose for your character are almost innate.

This particular topic reared its head because I’ve recently heard and seen some debate on the types of games and systems that best promote immersion and those which are the worst for it. We gamers do like our debates, so it’s not as if discussions and arguments about which system is the best are anything new. What riled me up, though, were the arguments stating that the games with a narrative approach towards RPGs (i.e. FATE, Apocalypse World and its various spawn, etc.) are in direct opposition to player immersion.

Since the style of these games is definitely my jam as a GM, and I choose them because of how easy it is for me to draw players into a rich, textured world designed for the characters they have created, I was a bit defensive. Rather than immediately start arguing with strangers on the internet, though, I paused to think about what they might actually be trying to get at with that particular argument. From what I understand of that perspective, they believe any game that asks you to think beyond the scope of your character’s personality and motivation is designed to break immersion. Having to contribute to the creation of the world beyond the character or think about what’s good for the game as a whole rather than just what the character would want is inherently the opposite of losing yourself in your character.

They’re the intense, brilliant scenes that keep us coming back to the game table time and time again, but when you really look at how they actually work, they’re just flashes of exciting, engrossing, and intensely immersive moments.
Share1
Tweet
Reddit
Email
Of course, I call bull on this, but I also understand that not everyone likes the same thing out of games. There is no perfect, magical system that is going to make every player and every GM completely happy. I personally find anything that has a significant amount of crunch built into the system is going to immediately break my sense of immersion the moment combat begins, which is usually often in systems like that. I also feel that the players at the table and the GM running the game are far more important to immersion than the game system itself.

The idea that being obsessively in-character is the only way to experience immersion is also one I take issue with. Some of the most annoying players I have ever had the displeasure of playing with or GMing for are the ones that end up justifying obstructionist or disruptive behavior by hiding behind the shield of being in-character. “I was just playing my character.” The best players know how to be true to their character, but also know how to contribute to drawing in other players or moving the game forward for the enjoyment of everyone at the table. Just because someone is acting in-character doesn’t change the fact when they’re being a dick. Someday I might write about how not all metagaming is bad, but that’s an article for another day.

Ultimately, regardless of what type of game someone enjoys, immersion really only happens in moments. They’re the intense, brilliant scenes that keep us coming back to the game table time and time again, but when you really look at how they actually work, they’re just flashes of exciting, engrossing, and intensely immersive moments. It’s the moment when you’re completely in-character, passionately arguing with an NPC to convince them to help you. It’s the moment when you succeed at a wildly improbable action that gives a surge of adrenaline and you can imagine exactly how it would happen in a movie. It’s the moment when a hush falls over the table and every player is on the edge of their seat as the GM sets the scene for an encounter everyone knows is leading to a do or die moment. It’s the moment your character makes a decision that surprises you, but you know makes perfect sense with who the character has become. 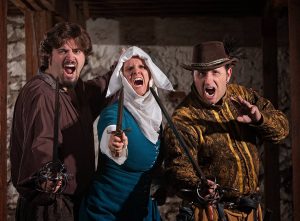 Your mileage may vary when it comes to immersion in LARPs.

In between those engrossing and addicting moments are all the other things that come with gaming: remembering whose turn it is, looking up rules, passing the snacks, cracking up over an in-joke timed just right, little and unavoidable interruptions from the other residents of the place you’re playing, whether it’s a spouse, a kid, a roommate, or even a pet. I can’t tell you how many times I’ve seen a game come to a standstill because someone’s pet is being ridiculous and adorable. It’s nearly impossible to sustain a sense of complete immersion for an entire game session no matter what system you’re playing.

Don’t get me wrong here. Those magical moments where I get lost in a game are why I play. GMs and players both should absolutely strive to make them happen as often as possible, but understand that it’s unrealistic to sustain that level of immersion for an entire game session and what makes for good immersion can vary from person to person. I’ve lost myself in those moments in systems ranging from Shadowrun to FATE, and any number of games in between. Feed and embrace them when they happen and don’t worry about forcing it. Your players will always dive into immersion when the moments are right.

13 Responses to The Illusion of Immersion