The Horror Of The Mind’s Eye 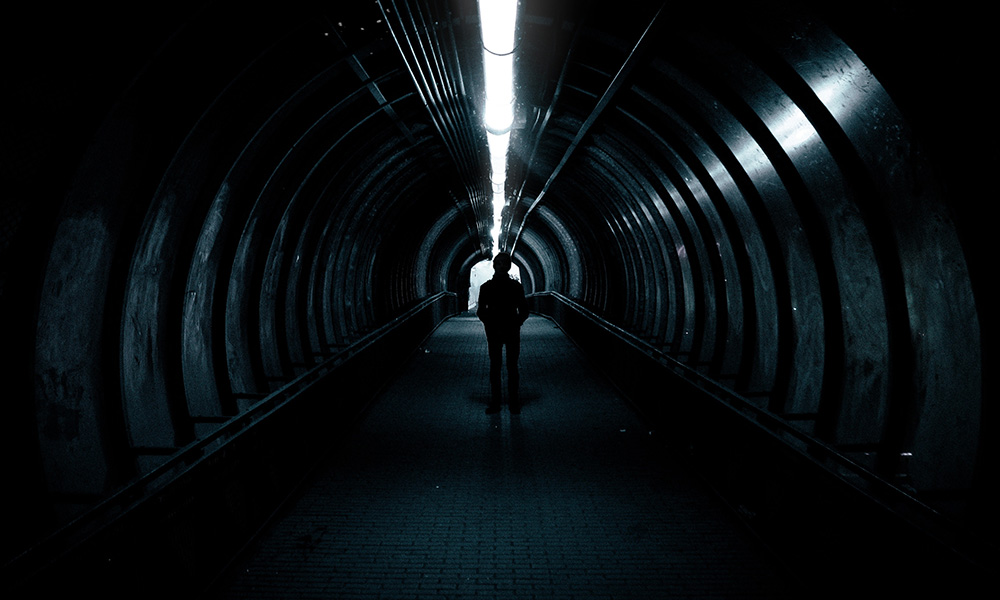 What types of stories scare you the most? Is it the madness of the unknown from Cthulhu or the social and body horror of Bluebeard’s Bride? Some find terror in the monster’s teeth inches from their character’s neck, while others flee from the faint noises and shapes in the darkest part of night.

I’m going to tell you a not-so-well-kept secret that I’ve heard from most horror GMs; you will never describe anything as scary to a player as what they create in their mind when left with unanswered questions.

Things that dwell in the unknown 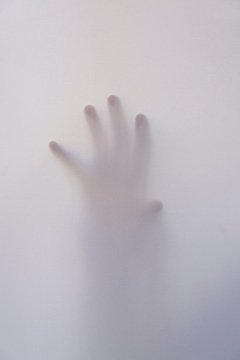 I’m sure it’s nothing.

“In the center of the room is a simple wooden table. A dark liquid is dripping from the tabletop onto the floor. As you get a little closer you can see an ivory letter opener that, while dull with age, is perfectly clean and untouched by what you now recognize is blood. It’s almost like opposite poles of a magnet pushing and battling against each other. The letter opener appears to be winning.”

This scene sets up players to have a lot of questions and tension without any direct threats. The danger, if there is any, exists in the unknown parts of their situation. It’s a simple setup that works in a dungeon, 30’s noir mansion, or on an alien space station. Little gems like this are things that you can create, use, and remix for future horror games. The threat isn’t the monster that awaits them, rather it’s the fear of not knowing what form danger will take. Is the letter opener their salvation or their ultimate ruin? Time and their decisions will answer that question.

I will caution you that this doesn’t mean that you should make everything an unknowable mystery. Just like in the classic, “A gun in the first act will go off in the third” trope, the objects and people that inspire fear should pay off in the end. Too many red herrings quickly stink up any story.

The mundane becomes the terror

There is a great guest post by Patrick BensonÂ from back in 2006. It’s all about using those creatures that would normally be considered harmless in an RPG, like a bumblebee, and turning them into fear inducing beings.

I was in a Halloween game of Dread playing the owner of a small country inn. The innkeeper asked the other characters if they were hungry. When a few said yes he walked over to the freezer, protectively peaked inside so that only he could see the contents, and said, “Good! We have meat.”

That changed the way everyone saw both my character and that simple freezer. What was inside? Without knowing the answer, the other players filled it with fear and the frozen bodies of those that had not been smart enough to avoid evil. Really it was just full of poorly organized deer meat. A cold storage device became an object of terror that I still think about whenever the subject of horror comes up.

You can bring that same sense of drama as a GM with normal things acting in abnormal ways. Players are looking for things to be scared of, so plant the seeds of fear! An analog phone disconnected from the wall that still rings anyway is a classic trope for a reason. If that ever happened to me in real life I’d burn the house down and move away because I’ve seen a horror movie. Jim, my innkeeper with a creepy freezer full of meat, might feel differently.

People have been using music and sound effects to set the mood at the table for years. Now horror has been gifted with the popularity of Autonomous Sensory Meridian Response (ASMR). They are audio recordings of certain noises like tapping fingers, brushing hair, or whispering that evokes a response from the listener’s brain. They are all over YouTube if you’re curious. It was a Twitter user, I can’t remember who, that I first saw talking about using layered ASMR tracks as background noise during a horror game. If you know who it was please leave their name in the comments so that I can give them credit!

Trust me when I say that having multiple voices whispering in the background and making your brain tingle is unsettling at best. Even a single non-verbal track adds a weird atmosphere to your game. Two hours of gloves caressing a microphone and stroking a feather can sound downright sinister!

You can always check your favorite streaming music service for Halloween themed sound effect albums. They do the job in a very thematic way. Try combining the two!

When in doubt ask 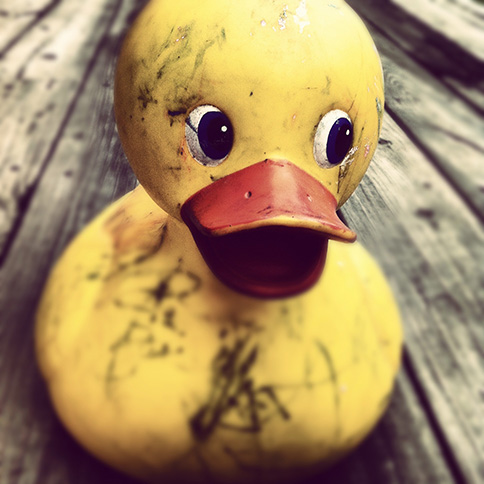 Be careful of what you wish for…

“A hellish creature bursts through the door. It is the embodiment of your deepest fears. What does the monster look like?”

Giving the player ownership of their character’s deepest fears is powerful. I know that some GMs have trust issues when it comes to giving players control. What if they try to be silly and say, “It’s a giant rubber ducky?”

My response might be something like, “It looks cracked and worn by years in the sun. There is an intensity in its painted eyes that triggers the long-buried memory of your cousin Justin’s death. You can see in your mind’s eye the image of a much smaller version of this same duck floating next to his lifeless body. Much like then, you could swear that it just smiled and winked at you.”

They asked for it, so give it to them. As a person I know what to do with a maniac with a chainsaw; run away. When it comes to a giant plastic duck that is murdering my bloodline I have no idea. As a GM, take their ideas and build on them.

Horror automatically comes with a high potential for traumatizing players, so I always make sure that I have a full safety toolkit at my disposal. There have been several wonderful articles written here on the Stew that cover the subject.

Read them, find what works best for your group, and have fun in the freedom of getting scared! This is the chance for all of you to really terrify each other while everyone stays safe!

What tricks do you use to scare your players? What is the most terrifying moment that you’ve ever experienced in a game?