The Games Within The Game 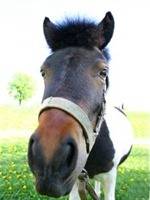 Now, there are lots of reasons to be a rules lawyer from power trips, to bending the rules in your favor, to pure old anal retentiveness but most of those have been discussed at length. If not in the stew specifically, than in plenty of places elsewhere. Just do a Google search for “How do I deal with a rules lawyer?” but I recently had an epiphany about why I’m a rules lawyer and I’ve never seen it mentioned elsewhere, so I felt it was worth bringing up. Further, I’m fairly certain it’s not actually limited to rules lawyers. It’s apparently able to explain many types of problem behavior.

So here’s the big idea: I‘m a rules lawyer because I enjoy being a rules lawyer. I don’t just argue about rules in games; I argue about anything and everything and have done so as long as I can remember. I enjoy the duel of wits, the heat of the exchange, the organization of facts into unbreakable logical chains. I don’t even care about winning or losing. I just love arguing.Â  To me it’s a game and it’s a game every bit as fun as any RPG I’ve ever played.

A player playing a social game while playing an RPG is distracted and disruptive, and it’s in everyone’s best interest, including theirs, to either get them to focus on the right game or to leave entirely. Think of them as the guy who starts playing video games on his iphone mid session. Not only are they not paying attention, but other players are paying attention to what they’re doing.

You can tell when a player is causing problems because of this motivation because they’re enjoying themselves. They’re enjoying whatever disruptive activity they’re participating in, and it’s the activity itself, not necessarily the outcome of the activity or the effect it has on the game that they’re concerned with. I argue because I like to argue. I’ll quibble about any rule out there, regardless of it’s impact or importance to the rules, or if it even effects my character. Hell, I’ve argued for more penalties sometimes, because it’s the argument that’s important.Â  Similarly, the player who enjoys pushing other player’s buttons isn’t going to care that it’s slowing down the game, or that another character poisons their character’s oatmeal in retaliation. They’re getting their satisfaction from the act of irritating others. The same goes for the spotlight stealer: it’s getting everyone’s attention that’s fun for them, regardless of the effect it has on the game. I suspect not everyone motivated in this manner is both aware of why they’re acting the way they are and willing to admit their motivations, so diagnosing this issue may require as much observation as simple communication.

So how do you deal with a player who’s playing social games in detriment to the RPG? In some cases, like mine, the player enjoys both games, and to the extent that they’re rational human beings, are willing to put aside the game only they want to play for the game everyone wants to play. You may need to ask them to do so and have some patience with them, but they should be happy to oblige. In other cases, the player doesn’t really want to play the RPG. They may have never enjoyed playing RPGs. The only reason they’re at your house eating your chips is to fulfill their social kink, and that means they really have no reason to be there. You’re hosting an RPG. You’re not hosting a debate. So if I’m there for a debate, you might as well show me the door. It’s what you would do if I showed up to sell vacuum cleaners.

12 Responses to The Games Within The Game