The Future of Pathfinder Seminar from Gary Con 2018–An Overview 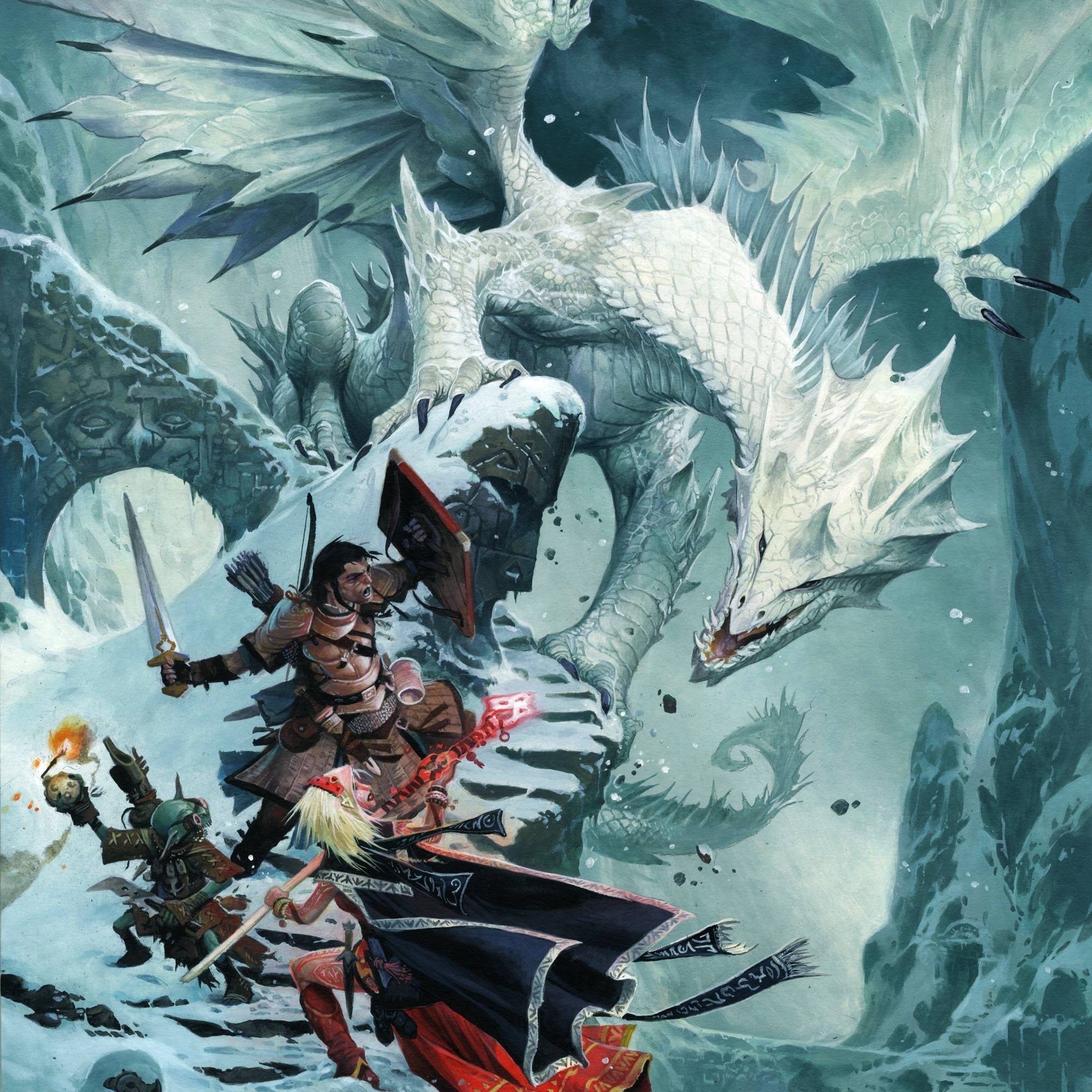 The event was hosted by Paizo Senior Designer Stephen Radney-MacFarland and Paizo Director of Game Design Jason Bulmahn. This was a two-hour seminar, which was about half presentation, half question and answer. The summarized information on the design directions of Pathfinder 2nd Edition is organized into broad themes that developed from the discussion, rather than being presented in the chronological order in which the information was presented.

The Look of Future Products

Wayne Reynolds, the artist that worked on the original Pathfinder core rulebook, as well as many other products, will be returning to detail key images for Pathfinder 2nd Edition. Paizo has often used named iconic characters to illustrate various classes, as well as using them as the “stand in” adventurers for illustrations in adventures. There were a few details given about the iconics going forward.

The playtest will start in August of 2018, at Gen Con. A PDF of the rules will be made available, as will a PDF of a playtest adventure, and a PDF with a selection of monsters available, which will not be included in the playtest rulebook. The playtest document will be similar in size to the 2008 playtest for 1st edition Pathfinder.

Both presenters mentioned that it is very important to Paizo to capture the proper feel for the game, and for it to meet the expectations that players already have for the game. They mentioned cases where the game is not intuitive in its design, such as with skill points or in some sub-systems that only affect certain classes. All the classes and what were previously known as races will be in the core 2nd edition rulebook, with the addition of goblins and alchemists, due to their popularity.

They noted that many players enjoy the system mastery elements of a more complex system, so their goal is to design a game that is complex, but logical, where multiple systems work in a similar fashion, while still allowing players to enjoy building characters based on “corner cases.”

The core gameplay experience of the game will still be the same, with characters taking actions and resolving those actions by rolling a d20 and adding a bonus to measure against a difficulty number, but the way actions work, as well as the range of bonuses and difficulties, will be changing.

The game was stated to always have multiple modes of play, but the new edition with quantify those different modes of play with different rules to support them, and to give the GM more guidance in how to move between them. In addition to the modes of play, a bit more time was spent discussing structured encounters and initiative resolution.

Encounter mode will be in structured time, with rounds that take approximately six-second intervals, and characters keeping track of initiative order. Exploration mode will be any time where characters are taking more specific action, investigating, and moving, but not in a manner that requires strict turn order. It was stated that the GM has more freedom to state time intervals based on the requirements of the adventure in exploration mode. Downtime mode is the time between adventures, where adventurers state the way they spend this time and various kinds of training and crafting that they might engage with.

At the seminar, it was stated that both the witch and the oracle nearly made it into the core book, but the alchemist was added so that the alchemy rules could be added as rules that anyone can interact with, not just members of that class. Alchemical items will scale over levels, and the alchemist will be using their own system instead of defining their abilities in terms of spells. Alchemists will still have bombs and mutagens as other abilities are added to them.

Races will now be referred to as ancestries, and goblins will be added to the list of core ancestries. It is noted that player character goblins will most likely be outcasts from goblin society, so that the core concepts of goblins as monsters do not change.

Character creation was stated as following ABC, picking ancestry, background, and class. Backgrounds will be replacing the trait system that was previously introduced in Pathfinder products, and in addition to backgrounds in the core rulebook, there may be adventure path specific backgrounds available to tie a character more closely to a storyline.

When discussing gear, a “dent system” was brought up. Shields are specifically being designed to take damage and to be more disposable, but also more functional. The dent system is not likely to interact with all gear, but only gear that might have specific rules interactions outside of a single purpose. The encumbrance system is also going to be reworked to measure bulk, and to be more directly based on the strength score, rather than a separate chart.

Skill point calculation was stated as being one of the most complex aspects of the game, and one of the least intuitive to process. A future blog post on Paizo’s site will be dealing with the skill system in more detail, but skill points are “kind of” gone.

The game will aim to make monsters easier to create on the fly, and to make the underlying math simpler. Examples of what a monster should have for stats at various levels will be given, as well as adjustments based on the creature’s role (for example, making a monster that is hard to hit, but goes down quickly, and how those stats should be adjusted).

Monsters will have unique reactions native to them. For example, if fire magic is used near a red dragon, they may use a reaction to control the fire magic. Jason Bulmahn also stated that he created a reaction on the fly in a game where a serpent creature received a reaction to strike anyone moving next to it regardless of turn order, because it felt appropriate to the creature. The goal is to create monster reactions that will be logical for the monsters, but will make them fresh and surprising to use in a game.

Influences
Â It will be interesting to see what problems are isolated as the most important to address, and what the solutions to those problems might be.Â

During the question and answer portion of the presentation, a question was asked about games that may have been an influence on the design direction of the new game rules. It was stated that the team looked at many games, not just roleplaying games, to help develop their direction. They also did not look at any game for rules inspirations, but for ideas on what problems they were addressing and how they handled elements like narrative structure or rules presentation.

Some specific games were mentioned, including the following:

In the next year, there should be ample opportunity to participate in the playtest and have the chance to shape the game going forward. It will be interesting to see what problems are isolated as the most important to address, and what the solutions to those problems might be.

Now that you’ve seen the roadmap that Paizo is following in this new edition of Pathfinder, what do you think? I’d love to hear from you, and if you are going to follow along with the playtest, participate, or wait for more news. If you left the game, are you going to come back? Looking to check it out for the first time? Let me know in the comments below, and thanks!