The Five Minute Bard: Resources to Create Sharp Concepts in No Time Flat 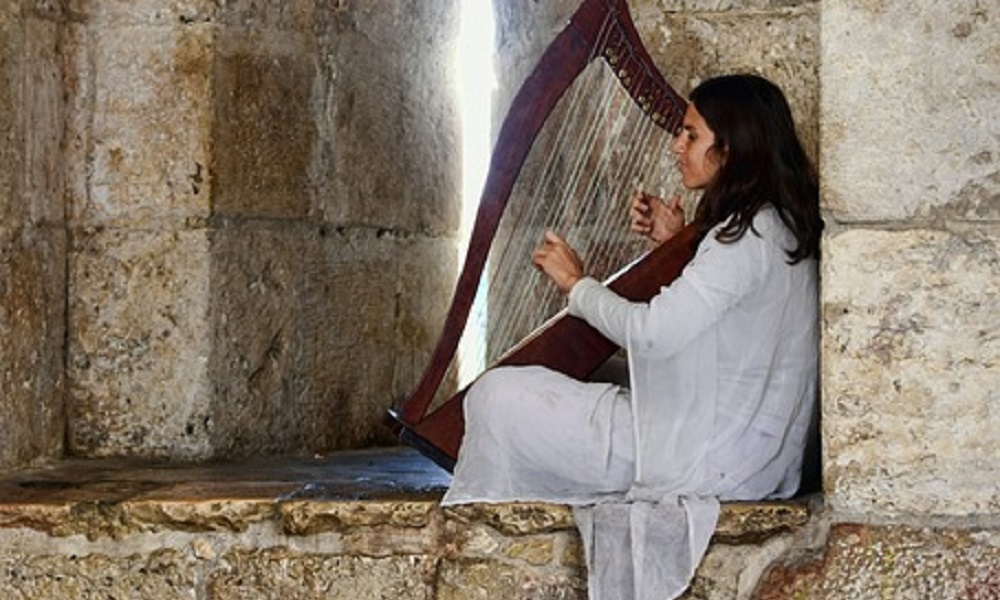 Image Courtesy of Pixabay “I’d like to teach the world to sing, but they’re all tone deaf.”

If your table is anything like mine, bards are primarily known for romancing their way out of combat encounters, only to have to then combat their way out of those romance encounters when plans inevitably go awry. There’s nothing wrong with that if your group enjoys following the exploits of your own personal pratfalling Mata Hari, but bards have a lot of potential to deepen gameplay in other ways. This article explores a few ways that bards can uniquely add to your game.

All over the world, since long before the advent of widespread literacy, song, poetry, and performance have been used to remember the history of nations and heroes; there’s no reason why in games such epics (and the rascals who know them well) can’t provide context for the rivalry between royal families, hints about the weaknesses of an ancient evil stirring after centuries of slumber, or even direct instructions as to how to make it through a trapped dungeon. Fantasy writers from J. R. R. Tolkien all the way to George R. R. Martin and N. K. Jemisin continue to use ancient stories, songs, and phrases in this way to flesh out the worlds of their novels (in particular, Jemisin’s Stone Lore could drive an entire campaign just by itself).

Songs are great for this purpose, as they can be scattered earlier in a campaign (or even a session) in the background, providing foreshadowing or clues for players without necessarily being obvious about doing so.

…[songs] can be scattered earlier in a campaign (or even a session) in the background, providing foreshadowing or clues for players without necessarily being obvious about doing so.
Share81
Tweet9
Reddit1
Email
For a non-fantasy example, Treasure Island by Robert Louis Stevenson did a great job with his “Dead Man’s Chest” song. The few lines from the novel were later expanded into a poem/song by Young E. Allison, and it’s well worth listening to the whole tune if you ever need to populate a sunken pirate ship with a bunch of undead with distinct and gruesome wounds.

As much fun as Treasure Island is though, my favorite source for musical inspiration will always be the Roud Folk Song Index. This catalog of English-language folk songs has tens of thousands of entries tailor-made for the fantasy gaming table, though many of the songs have topics and language that you may not want at your table. These songs have the advantage of usually being just obscure enough for your players to not already be familiar with them, but omnipresent enough to be vaguely familiar — songs as recent and popular as “The Streets of Laredo” and “Scarborough Fair” descend directly from entries in this index.

…songs as recent and popular as “The Streets of Laredo” and “Scarborough Fair” descend directly from entries in [the Roud Folk Song Index].
Share81
Tweet9
Reddit1
Email

If you want to jump in right away, my favorite songs from the early list are “Three Ravens/Twa Corbies,” “Two Sisters/The Wind and Rain,” “Cruel Lincoln,” “The Elfin Knight,” and “The Female Highwayman.” Any one of these songs can pretty much be dropped into a campaign unchanged to add a subplot or additional character, and it’s well worth diving into them — at the end of this article are a couple of resources to help you do so if you want.

Tactical Cacophony: the Music of Battle

In most if not all tabletop games, bards are simultaneously performers and magic wielders, capable of turning the tide of battle with either their music or their spells. This role is well-supported by old legends about bards, though like most low-level bards in modern games, apparently they spent much of their time insulting rats to death.

For a more grounded approach, you can also consider bringing in more martial applications of music. Horns, fifes (single-tube pipes), drums, and bagpipe music are all well-known accompaniments to ancient battles, providing everything from marching cadence to tactical signaling. These real-world examples can be a great illustration of and justification for Bardic Inspiration and similar powers for those groups that prefer to have detailed or evocative descriptions of these powers in action.

More spectacularly, bards may have access to instruments that serve a secondary function as weapons (or vice-versa). Using real world examples, bards could be familiar with a shakuhachi or a musical bow. The shakuhachi is a nearly two-foot-long flute with a heavy, bulbous tip. Played as a form of meditation, by some accounts, this instrument could also be used as an effective bludgeoning weapon, making it easier to smuggle into areas where characters are expected to disarm.

Musical bows are either dedicated instruments or converted hunting bows that are also a stringed percussion instrument with the addition of a resonator.

Of course, if your DM is more whimsical (or forgiving), bards always have the option of a flamethrower guitar or a guitar shotgun (if your group allows the guitar shotgun, let me know if you’re looking for a player).

Okay, to be clear, obsession with bards aside, I have all the musical and rhythmic talent of a harmonica in a clothes dryer. The last time I tried to sing in public, the guy running the karaoke turned off my mic.

…I have all the musical and rhythmic talent of a harmonica in a clothes dryer. The last time I tried to sing in public, the guy running the karaoke turned off my mic.
Share81
Tweet9
Reddit1
Email
Originally, I was going to try to learn how to play the ukulele and re-do “Twa Corbies” for this article, but apparently, you can only learn that instrument in an hour if you have some minuscule fraction of ability to begin with. I have never been so disappointed in Amanda Palmer (NSFW language in video).

If you (unlike me) know one end of a musical instrument from another, doing something cool and ambitious like writing alternate lyrics to something from the Roud Folk Song Index would probably be pretty awesome. But if you can already do that, you probably wouldn’t be reading something called “The Five Minute Bard,” so let’s move on, shall we?

For those of us who don’t already have a great deal of ability, but want to come up with fun little tunes for our gaming groups, there’s something called Common Meter or Ballad Meter “tune swapping.” Songs using common meter (and there are a lot of them) use the same rhythm and rhyme patterns, meaning they can easily be swapped out for one another. This can be a fun party trick (singing Emily Dickinson’s “Because I Could Not Stop for Death” to the tune of the “Gilligan’s Island” theme is a hoot no matter how you look at it), but it also means you have a library of tunes and lyrics you can swap out with one another without any of your players realizing it. Here is an interactive example. A small selection of songs or poems in ballad meter is below:

So with that in mind: a super quick-and-dirty (and entirely untested) method for creating music for your group:

Bards aren’t everyone’s favorite character class, but for those of us prone to a certain amount of mischief and scenery-chewing, they’re just too much fun to pass up. Hopefully some of these tools make it to your table, whether in the form of new tools for your bards to use, or in musically-themed adventures.

For those of you who play bards in your own games (or cringe at others who do), what do the bards in your home game bring to the table that no one else does? How do you make your games more musical?

1 Response to The Five Minute Bard: Resources to Create Sharp Concepts in No Time Flat