The Fall of Arcadum: What’s Next? 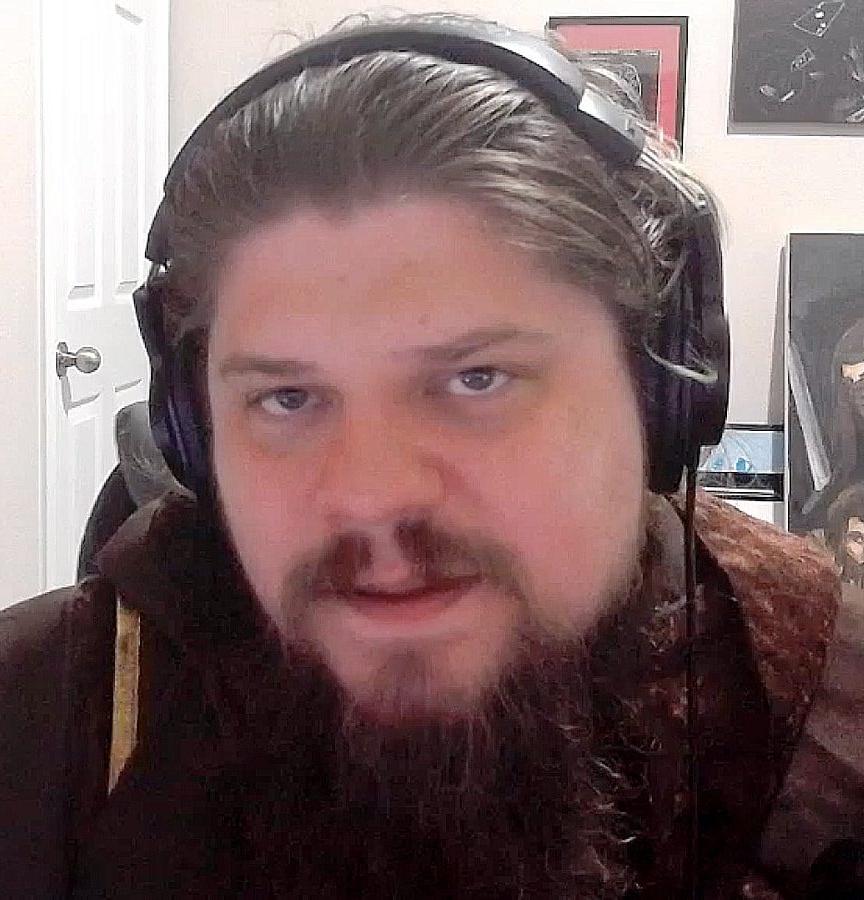 Arcadum, or Jeremy Black as many know him, has recently come under fire as more than thirteen public-facing women have come out with allegations of misconduct. From manipulation between supposed friends, sexual harassment towards women he supported financially, to outright cheating on his significant other, Arcadum’s situation has been a mess. There are a handful of videos on YouTube covering it, from Destiny to yours truly, so you can get all the information you want from there.

Even more recently, Arcadum has released a statement confirming this situation as one where he had broken the trust and betrayed the friendships of these relationships.

With his apology, thus ends his chapter.

In this piece, I aim to analyze the current situation of Tabletop RPGs and streaming and speculate on future projections of the trajectory of the community.

The main issue with any major Dungeons & Dragons / Tabletop RPG streamer being shut down is that it casts a shadow over the entire community as a whole. Any other streamer typically flits between games so if they get taken down, it only looks bad at themselves. However, prior to the advent of Critical Role, Dungeons & Dragons has always been associated with the most negative elements of nerd culture: elitism, gatekeeping, sexism, and asocial behaviors (despite its inherently communal nature). From Dungeon Masters railroading the campaign and forcing players into situations they have no input on, to forcing uncomfortable sexual behaviors onto the players or even controlling the Player Characters in character breaking ways when absent, the history of the DM-Player hierarchy of Dungeons & Dragons has been riddled with horror stories through the decades.

This has led to many people, both among content creators and the general public, avoiding the game entirely.

More than a handful of streamers have indicated within the last year that “TTRPGs seem fun but I don’t wanna get into a game with creeps and weirdos.” This showcases that despite the vast improvements Critical Role and Arcadum have made to highlight the positive elements of Dungeons & Dragons, it has only started to shake the rusty stigma surrounding the blade.

Arcadum, in his rise, had led a community stating “D&D is for everyone,” highlighting that women’s voices have been overshadowed and they should be featured just as well as men have. Despite the truth of that statement, Arcadum’s interest seems conflicted. Moderators and other important members of his community have pointed out that he has a tendency to overshadow male players in favor of placing female players. The latest chapter of the main story of his game which had previously been occupied by important players of the past was notably given to female players with no experience or tie-ins to the game. This seems to align with recent allegations and this suggests that he placed these women in these positions in order to garner favor with them, painting a darker shade to his intentions.

Arcadum’s actions, despite his public-facing intentions of making “D&D for everyone,” have impacted the game in a negative manner, casting a cloud of doubt on Gamemasters that rise to prominence in the community. A certain situation involving Adam Koebel comes to mind. Both situations involved highly influential streamers, both loud feminists that have angrily called out sexism in social media, and both were involved in the misuse of power over female players.

With 250k followers on Twitch and 93k subscribers on YouTube, Arcadum’s influence and subsequent fall are not unfelt. As he commonly reached out to major streamers (from AdmiralBahroo, Lilypichu, Disguised Toast, Ironmouse, and many more) for games, he had potentially introduced D&D to millions of prospective players.

Is it possible that this dark narrative can cast Dungeons & Dragons into the darkness, the corners of nerd-dom where no one fears to tread? Are we doomed to be shunned back into our basements, running dice under poorly lit tables and arguing about Rules-As-Written vs Rules-As-Intended?

It’s unlikely because, despite the hiccup here and there, the major influence of Critical Role and other more positive creators still shine enough of a good light on the rest of us. However, being the 2nd most subscribed D&D streamer (having topped 15,000 subscribers on Twitch) is no joke. It is most certainly a major step backward for the community and mainstream acceptance, placing many prospective players and creators on the defensive.

Dungeon Masters worldwide — at least those with players aware of Arcadum — will have to effectively prove themselves all over again, even if they or their players had never even witnessed an Arcadum stream. This sort of thing presses forward into the mainstream and the wide umbrella of hobbyists will have to take the flak in fallout. This, in many ways, is somehow even worse than the Adam Koebel situation as it points to a systematic observation of Dungeon Masters, their perceived ego, and flagrant misuse of power. Any trawler of the r/RPGhorrorstories subreddit will tell you that there is often a weird correlation between Gamemasters and ego. And, unlike Adam K., Arcadum had a major influence across major streamers and many communities past the centralized tabletop RPG scene.

I believe Tabletop RPGs will always have a niche market, with Dungeons & Dragons primarily leading the charge into the mainstream. Prominent creators will eventually arise and bring attention to it, but likely not to the massive success certain games have with far less history behind them — games such as Among Us comes to mind. This works as a dual-edged blade: those seeking a game with a rich history in its creation and in fandom will find Tabletop RPGs to be perfect for them. Yet at the same time, this history will always hold its progression back. From decades of racist caricature that’s only been recently retconned as non-canon and outdated, to a history of Dungeon Masters taking advantage of players, to toxic players ruining the game for everyone, we will always be struggling to shrug off our tainted history. Hopefully, as the hobby expands into the mainstream, more players will come in and that history will long be left forgotten… At least until the next prolific Dungeon Master lets power get to their head on stream.

Tabletop RPGs are still a niche hobby, regardless of their (mostly 5e) surge into the mainstream. Every single major mover and shaker is a pioneer in this budding environment. A power vacuum has erupted from where Arcadum plotted his castle and the next big D&D streamer is going to rise in their place. Assuming there even will be one. Let’s just hope that the next figurehead has better intentions.

Until then, the Dungeons & Dragons category is still a fairly popular Twitch category (at least compared to the more accurate but woefully underpopulated Tabletop RPGs category — honestly it’s far more effective to stream non-D&D TRPGs but use the tag anyways than it would be to use the more general tag but this is an ENTIRE rant on its own…) just waiting for those to populate it. From prep streams to AMAs (ask me anything), to Season 2 Episode 15 of some group’s campaign, you’ll hopefully find a new favorite to watch. One far less likely to be run by a creep.

Hopefully, that favorite is me (psst it’s twitch.tv/dicequeendi).

4 Responses to The Fall of Arcadum: What’s Next?