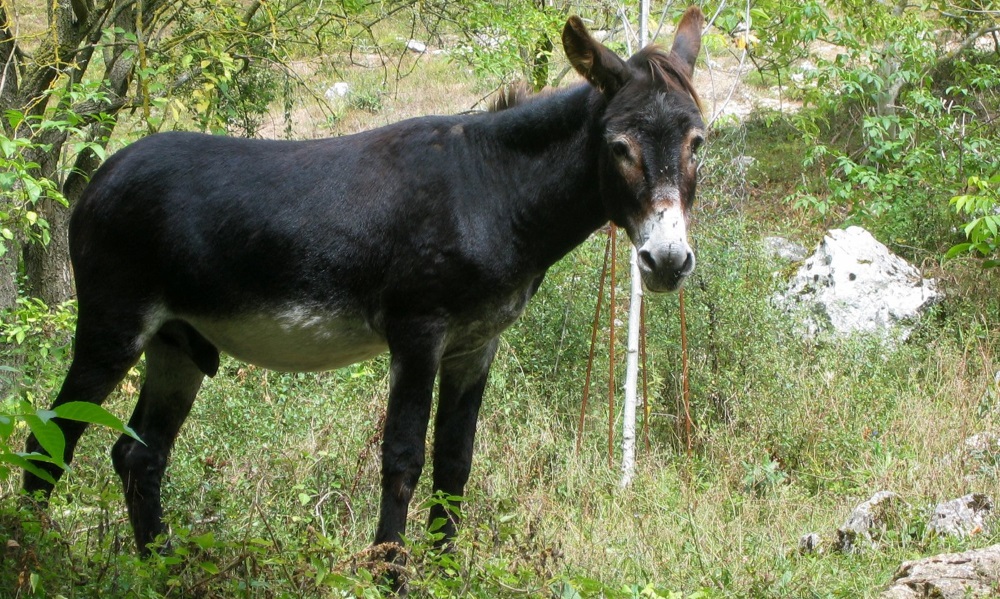 This story has been told before, way back on the Treasure Tables forums, before they became You Meet In A Tavern, before that site also went defunct. Since none of those places exist anymore and I doubt the story got caught by the wayback machine, and since it was well received back in the day, and since I anticipate this being relevant soon, I will again share the story of the Evil Mules.

2007-2008ish. It was game time, 3.5 DnD. The PCs were a troupe of morally gray government enforcers in a point of light in a post apocalyptic world. And I had nothing prepared.

I asked the players what they wanted to do for the session, and the consensus was that they were going to head into the mountains to hunt for trolls so the druid could learn to shapeshift into them. (Yes, base druids can’t shift into monstrous humanoids. He had some splatbook kit/prestige class or something. It’s not important to the story.) I skimmed the Monsters by terrain list while we took a pre-game snack break and noticed that it included mules… They weren’t an appropriate Challenge Rating for the party. Mules are CR two, the party was around level six but I had a moment of Evil GM Inspiration and literally sat at the table cackling in anticipation while the players gave me weird looks.

So, the PCs go into the mountains and discover an abandoned mining town. Buildings stand open and dilapidated, weeds grow in the streets, the occasional skeleton pokes out of the rubble. And milling about are dozens of mules. They chew absently on the overgrowth and eye the PCs warily. The PCs poke around a bit, discover nothing much of interest and try to befriend some mules with handle animal checks without much luck, and try speak with animals abilities and get ignored. The whole time I’m emphasizing the way the mules keep staring at them and acting strange so the PCs decide to infiltrate the mules. The druid changes into a mule and goes up to a mule and starts trying to communicate with it. The mule wanders off, stopping periodically to wait for the druid to follow. After they leave, the party notices that the rest of the mules have wandered off as well. They find themselves in a deserted street waiting for the druid to come back and report. Meanwhile, the druid is on the far side of town surrounded by a small pack of mules all staring at him silently.

The mules press in closer, then without a sound all start to attack. He was the party tank and mules aren’t that dangerous in combat so he wasn’t in much danger, but rather than discover these mules are more dangerous than he thinks, he runs and regroups with the rest of the party. The mules don’t pursue and the PCs keep exploring town, giving the mules a wide berth. Eventually they discover a weird cave that has a pit full of skeletons, strange crude half man half mule statutory, carvings in an unknown language they can’t decipher and a very evil aura.

The PCs have had enough of this and book it back to town, but along the way they have mule haunted dreams and repeatedly encounter mules, all of whom seem to be giving them the evil eye. Bunking at an inn, the party rogue wakes from her nightmares in the middle of the night and heads to the stables to check on her noisome troglodyte henchman (Mike the troglodyte. That’s a different story.) and is startled by a mule which seemingly appeared right behind her! One panicked sneak attack later and an early morning explanation of a dead mule to an incredulous stable master, and the PCs decide that something must be done to halt the evil mule menace that is slowly infiltrating their homeland.

After some amazing diplomacy checks, the local lord grants them a contingent of soldiers and several wagons of salt and they march into the mountains, slaughter every mule they can find, tear the village down to its foundations and scatter the stones, and literally burn and salt the earth for miles (not that that much was growing on the side of a mountain anyway). They also had the foresight to bring a scroll of comprehend languages with them, and translated the script in the cave before effacing it, tearing down the statuary and consecrating it to the priest’s god. The script was the testimony of a villager driven mad and inspired by dark forces relating the story of the village:Â  A dark god had sent an avatar to the material plane in the form of an intelligent infernally virile and darkly evil mule. This scion quickly bred with the local stock and after there were enough of his descendants, in a bloody coup forced the villagers to erect the shrine and sacrifice one another to his dark master.

They never did find any trolls.

In the years since, the evil mules have cropped up now and again in items I’ve created.

P.S. In case you were wondering: Evil Mules are telepathic, and can understand common but have their own language they use with each other: Donk-ese. They are also prolific and crossbreed with anything they can (despite the fact that mundane mules are sterile). Their progeny have the half-ass template.

P.P.S.S. I take no credit for this and I’m 100% sure he was in no way inspired by my game, but Weebl made a music video about the dangers of donkeys that is appropriate to the topic. Great minds and all that:

3 Responses to The Evil Mule Story