I just recently finished a playthrough of Final Fantasy VIII remastered (with all the McIndus mods to make it truly remastered) and was surprised at how much of the ending I had forgotten from my first play through… well a damn long time ago. Whatever your thoughts may be on the game as an entry in the Final Fantasy series, or your thoughts on its weird twists and fan theories (Spoilers), the ending of the game was (IMHO) phenomenal. It was odd and had lots of strange 90s style questioning of reality and purpose, strange Evangelion like sequences, displacement in time, delving back into the past to recover from trauma, and most importantly as the end credits roll it shows what happens to everyone in your party. Watching the end credits was super satisfying and I realized that many campaigns and games I’ve played in (or run) haven’t had as satisfying an ending that wrapped things up. J.T. talks about this in his recent article Don’t Just Stop; Finish and one thing I realized is that games that have had a good denouement felt the most satisfying.

The Questions Your Denouement Needs to Answer

A good denouement (fun word to type, even funner to say – DEN OW MWA) should include a few elements and focus on wrapping up some key elements.

Alongside the various generic ones listed above, there may be specific questions your specific game needs to answer based on how it was run or what constraints it had. Try to pick out whatever “Checkovian” elements were introduced and make sure you have some kind of resolution planned for them.

There are a lot of ways you can deliver the satisfying ending narratives to your game’s co-conspirators. You could simply make part of the last session a reading of box text / asking the players what happens to their characters after the main credits roll. You could go all out and do an audio recording of reading off the “aftermath” parts so it feels more like a cut-scene. I’ve been known to hunt down and video edit (because it’s within my particular skillset) parts of other video game cut scenes and create full on cut-scenes that match the elements of the story well enough to provide visual flair. You could use images and PowerPoint to create a Ken Burns style slide show you speak over.

I’ve found that the more a denouement session resembles a cut-scene the more it feels like a true ending. I am one million percent a fan of the players getting to say what happens with their characters, but I’ve also found that there is a legitimization to their actions when it gets delivered to them from your side of the screen. The Game Master (like the video game console / game) is responsible for “the world” and a kind of one way delivery sets the events in stone rather than at the fate of a dice roll. You can achieve this psychological effect while still incorporating character goals from the players by asking them to write up (or bullet point) what their ending scene would look like. You can then read it off, narrate it into a story, slide show it, etc. at the end of the final combat and the players get to see their hard work paid off and validated by it being wrapped into the narrative. They may want to take over parts and narrate their own version of “laying flowers on the grave” and that’s great, let them. With a one way denouement that incorporates their ideas, they get a jumping off point, an added value. Yes, they wanted to express their final character moment, but a description from the GM (like a description of the awesomeness of the attack or how it resolved in a fine red mist) puts it in the permanent space.

So, you’ve reached the end of the article and want a little satisfying final advice. This is just the way our brains are wired. We want to know if X led to Y and if all of our effort paid off. That’s the power of a good denouement (got to slip it in one more time). All the effort you put in as a Game Master and all the time you put in to create good stories and reward the players and get them engaged doesn’t end when the final blow is struck on the final boss. That’s the culmination of the climax. At the end of the day you need to capstone it well. Give something good for the people involved in the game (you as well) to sit back, look at, raise a glass to and say “Good Game!”. You could even create some remembrance token, a physical artifact for people to remember the game by and pass that out, but the last “note” of the game should be one that is final and satisfying where people can sit back knowing they did a good job. In some ways it’s your final responsibility as the person who is the glue that keeps the game and the story together. Even if the story goes on in the next campaign, this arc needs its last breath of relief with any untied loose ends being shown so people can look forward to what comes next. When you end your game, end it well. 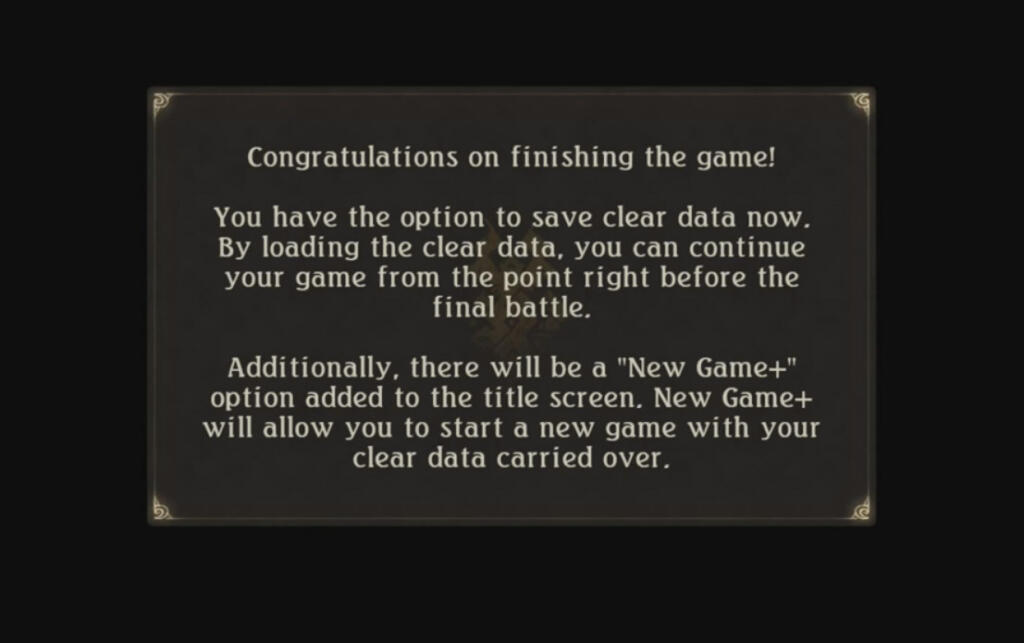