The dungeon crawl is a classic staple of RPGs and shows up in almost every genre in some guise or another. However, they’re rarely the campaign mainstays they were when the industry was younger. Because of their simplistic nature, age, introductory role, and lack of sophistication it’s more common to find information on how to improve your dungeon crawls with various processes templates etc… than how to actually make one. After all everyone instinctively knows how to make a dungeon crawl right? Bullshit. After GMing for a few decades I’m pretty sure I know the basics of what goes into a dungeon crawl, but faced with the prospect of running a campaign of repeated dungeon crawls, I realized I needed a checklist to make sure I hit all the targets each time, and didn’t overlook anything. I’ll be designing my own dungeon crawl as I go over the checklist as an example.

Theme, Location, and Story
The first thing to do when designing a dungeon crawl is decide on a backdrop consisting of overarching themes, locations, or stories. This backdrop will impact all of your further design decisions. It can be as simple or complex as you like, but remember that for an backdrop element to come out clearly, it needs to be supported with details placed somewhere in your adventure so too many backdrop elements runs the risk of making your dungeon a muddled mess. Backdrop will help you decide things like the inhabitants of your dungeon, what appropriate flavor details are, and what kinds of elements to use in your dungeon.

For my dungeon crawl, I want to use some undead creatures I haven’t yet put in a game. Looking at what I know of the setting, there’s a haunted woods, so I think I’ll go with the theme “burial barrow” in a forest location. That should be enough to go on. This suggests I’ll have undead encounters, and maybe some with forest creatures, that my dungeon will look primarily like a “standard” dungeon but I’ll have some fun with root systems breaking through the ceiling.

Individual Challenges
A good dungeon crawl, like any other adventure, features some challenges custom tailored to each character. The main purpose of this is spotlight time. Even though players are on a team, they all appreciate a chance to show off their special talents. To prep these challenges, look over your PCs and note anything they can do that no one else can. These can be special abilities, skills, physical attributes or any other unique ability they have. Once you have the list, select at least one thing unique to each player and brainstorm a challenge including it.Â  If you have a PC that has nothing unique about them, list instead things that they are better at than other PCs, and select more than one of those to turn into challenges. If you have a PC that’s not better than the rest of the PCs at anything, it might be a sign you need to look at that character for balance issues. As with anything you design for your dungeon crawl, use your theme/location/story for inspiration and as a guideline. If during actual play, your players bypass these challenges with alternate solutions that don’t include the intended character, that’s normal, and not a big deal.

For my dungeon crawl I have four PCs. My list is as follows:
Only the mage can:
Read magic, Find Magic, Use ranged magic attacks
Only the Priest can:
Make history checks, Listen for noise
Only the Warrior Familiar can:
Squeeze through tight passageways
The Fighter is best at:
Feats of Strength, Intimidation

So I’ll include 5 challenges (two for the fighter whose skills aren’t exclusive):
A door that will only open if a hard to reach sigil is blasted with magic
An encounter that can be avoided with a history check
A collapsed archway full of rubble that can be squeezed through
A sarcophagus that can only be opened with a feat of strength
A noisy pixie that follows the PCs and harasses them until it is intimidated

Brainstorm Encounters, Treasures, and Puzzles
Now that your “must have” challenges are sorted out, it’s time to brainstorm some encounters, treasures, and puzzles for your dungeon crawl. Again, using your backdrop as inspiration and guidelines, jot down any encounters treasures or puzzles you want to include, especially those that may require setup on your map. Use your system and your available play time to help guide you during this step. You might have 8 ideas for really cool elements for your dungeon, but if an average encounter takes a half hour in your system and you’ve only got two hours of game play, some of those will have to be kept on a list of “cool dungeon elements I haven’t used yet” for next time. It’s entirely appropriate to review your list of challenges during this step and include them in the elements you’re designing or flesh them out some more. While your challenges may be as simple as “An encounter that may be avoided with a history check” at this stage we want elements that are mostly ready to drop into the dungeon. You don’t need to address everything you’ll eventually use during this step. It’s perfectly acceptable to throw in “filler” later.

For my dungeon, I have a couple ideas up front:
Since I’ve got a “barrow” theme, I want to include two “boss” monsters, a wight lord and a banshee queen. At this stage I don’t know if they’ll be included together or separately, or what their stat lines are. That will probably depend on how many encounters I need. The queen, being incorporeal, has an intact sarcophagus,Â  and I’ll use that as the feat of strength challenge, and put a nice piece of magic treasure inside; the queen’s dress sounds fun.
That history check encounter will be a shrine of the dead. A history check will tell that anyone entering is expected to leave an offering. If they don’t they get attacked by skeletons. This encounter will be at the start because a shrine for offerings would have been in the dungeon mouth.
The collapsed archway is just set dressing. it’s just an alcove with a modest treasure and no guardian. It can be put in anywhere.
I want an encounter based on the tree roots. I’ll have a room with several large roots and areas of small root hairs that reduce movement. I’ll put some ghosts in the room to take advantage of the terrain, and fill out the encounter with skeletons. I see this as a good “central room” encounter.
I also want to introduce a new magic item in this dungeon, a one-use scroll with an area effect attack. It doesn’t need any special placement, I just want to be sure to include it.

Make a Rough Map
Now it’s finally time to start mapping with your encounter placement in mind. Your system, length of encounters, proportion of rooms in which you want place encounters, and play time available should give you a rough idea of how many rooms you need to include in your dungeon. Your backdrop will give you an idea of what the layout should look like. Dungeons built for habitation or function generally have an easily accessible functional layout. Dungeons built as mines usually have long shafts that meet at central hub chambers, and only mad wizards build the ever popular random deathtrap. As you map, keep in mind the goals of your dungeon crawl. Understand that every obstruction you put between the PCs and necessary goals, may not be surmounted, and may create difficulties for your game or storyline; plan accordingly.

My system takes about 15 minutes per encounter and I want to be playing a little over an hour, so I estimate about 6 rooms, 2 of which will have no encounters. My dungeon was built for interment, so I’m using an easily accessible layout. The goal of my dungeon crawl is simply exploration, so I don’t have to worry about making any rooms or encounters too difficult to reach. My rough layout looks like this: 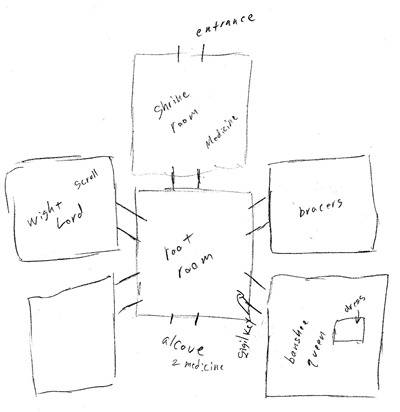 Finalize Element Placement and Map
Depending on your system, you may be able to skip this step. If the map and notes from the previous step is all you need, move on. If you need more details, a tactical map, or clarification of details, now is the time. When you’re finished this step, you should have a completed map, encounter, treasure and puzzle list.

I won’t bother listing a complete encounter list, but this is what my maps ended up looking like: 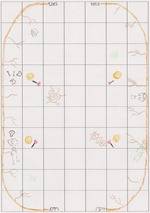 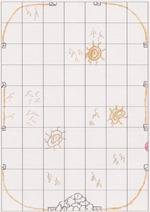 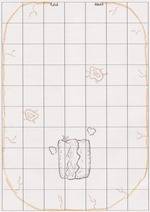 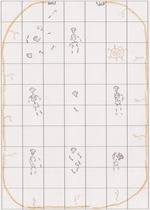 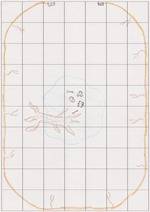 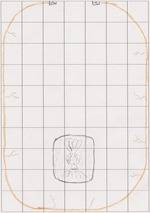 Wandering Monsters
At this point your dungeon crawl is finished and ready for play, but give some final consideration to wandering monsters. There’s no right or wrong answer, it depends on your personal feelings and if they would add something to your adventure. If so, make a note of frequency and list a few encounters and you’re ready to play. As a guideline for frequency, take the chance of not getting an encounter on any one check to the power of how many checks you expect to make, and subtract that number from 1 to get the probability of rolling at least one random encounter during your dungeon crawl. I’ll give an example of that below.

For my adventure, I want to include wandering monsters. The encounters I put on the list will be generally weaker than the set encounters, and the frequency will be low, but if that noisy pixie is still following the PCs, the probability will be increased. I’m going with a one in twelve chance of encounters with no pixie and a one in 6 chance with the pixie, and I anticipate checking for 6 encounters, so my chance of getting no encounters at all are (11/12)^6 or (5/6)^6 with or without the pixie.Â  That’s .59 or .33 chance of no encounters respectively, meaning a .41 or .66 chance of at least one. Those numbers look good to me, so I’m done!

That’s it for my basic dungeon crawl checklist. Be sure to let me know how yours differs from mine. What do you include that I don’t or vice versa? Where is your order different and why?

8 Responses to The Dungeon Crawl Checklist