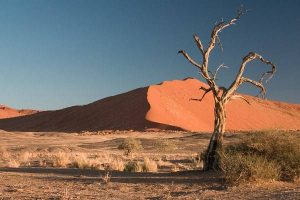 The day before our school opens, the buses do a dry run. That way they can iron out most of the bugs before the students ride. In the same way, a dry run of your rules or adventure can help you iron out some of the problems before you place them before players. A dry run consists of running through at least some of the intended scenario, alone, making notes for changes as you go.

Before we get started, let’s stress that a dry run should NOT take as long as the actual session. Like everyone, GM’s are busy people. We don’t want to play out every possible outcome of every encounter. However, we do want to investigate the places where the rules and the scenario interact. Any place where some dice, cards, or bidding comes into play are perfect topics for a dry run.

WHEN TO DO A DRY RUN
You might want to consider a dry run when:

WHY DO A DRY RUN
A dry run can help you:

HOW TO DO A DRY RUN
There are different methods of working, but no matter what, you’ll need your rules, characters, and some way to take notes. (The author prefers old school pencil and paper, less screen distraction that way.) Again, you don’t want to go through every corner of the adventure, but you do want to hit the highlights. How will they con that guard in the detention level? How will they swing across that chasm of lava? How tough is that mist hydra you created? How does the system and adventure handle those sorts of things? What changes can you make?

You don’t even need full adventure notes. You can simply run your characters through the plot of a favorite movie in that genre. I tested out my Star Wars homebrew by running the characters through, well, Star Wars: A New Hope. I found that my system was not quite as tight as I thought, and I had to figure out how to get Han to shoot first.

When testing out a new system, it’s probably best NOT to try to create a new rule for every situation. It’s much better to see if your central mechanic can be extended to cover those situations. Sometimes a little tweaking or using it in a different way is all that’s needed. In my Star Wars example, I was able to extend the rules for helping another to helping yourself. That way, Han could try a “bluff” check first, to see if it helped him sneak out his blaster to plug poor Greedo. Didn’t need a new rule, just had to see things in a different way. Without the dry run, I might have missed it.

CONCLUDING THOUGHTS
It is not realistic to do a dry run for every session. If you’re not switching rulesets or trying a new opponent or situation, it might not be necessary. However, when there is something new about your game, a dry run can be a big help.

How about you? Have you tried a dry run? Was it helpful? Let us know below.

8 Responses to THE DRY RUN