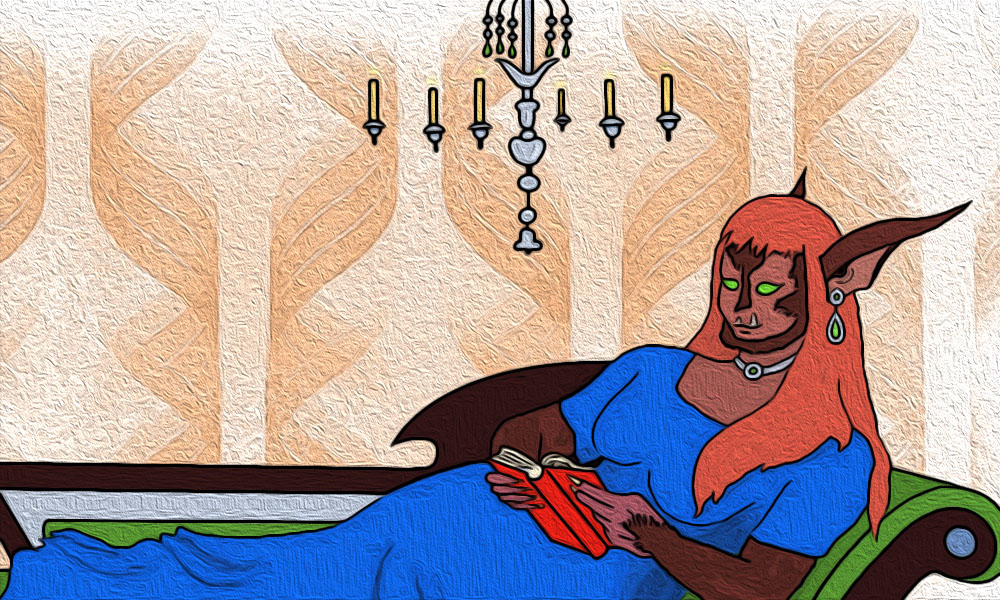 Not so long ago, Troy wrote an excellent article “Losing Oneself in the Wilderness” about wilderness adventures. And just as that article was pulling at a loose thread of another, I am going to pull at the closing thread of Troy’s article.

Within, Troy makes the innocuous statement “Whereas, for gamers from our era, sometimes a raid by bugbears is just a raid by bugbears – and that was just fine.” And he’s correct. But something about it made me roll it over in my head a bit.

You see, back in the day, it was often said that a storytelling GM was a BAD THING. As opposed to today, when players expect a bit of narrative, you could often find people commenting that a GM who tried to “tell a story” was akin to railroading. This isn’t to say this attitude was right (or wrong!) but just what often was understood to be good play at the time.

And in truth, failure of the GM to provide narrative would sometimes devolve into navel gazing, or require more winging things than a planned narrative, or result in the ever dreaded “Players wandering off the map” (my players in particular seemed to make a beeline for the nearest unplanned area).

But the point of the “no narrative” playstyle wasn’t really that there was no story. There WAS a story. It’s just that the players got to write their own story. As a GM, you provided parts, and the players picked up, built, and followed any story they could make with them.

True, these stories often tended to be janky and meandering, but players don’t tend to be expert judges of narrative flow (unless you’re a group of writers and actors playing RPGs as a side gig. But who’s ever heard of that?) and games that don’t look the best zoomed out to macro level are still fun in the moment.

So Troy’s bugbears are “just a raid by bugbears” if the players WANT them to be just a raid by bugbears. What they really are is a potential story thread. Maybe the players want to track them down, free any slaves they might have, fight their leader, broker peace, whatever. Wherever it leads is fine. And at the very least: lair treasure is better than the pocket change they carry with them, right? Maybe. Maybe not. And unexpectedly good or poor treasure is an adventure hook all on it’s own.

The takeaway is, regardless of your play style: be aware of the adventure hooks everywhere. Some are just side quests. Some are major stories on their own, and some are interwoven into other stories. (WHAT!? The bugbears were being allowed by the duchess to prey on her own people so she could justify raising large armies which she planned on using to invade her neighbors???)

This is, by the way, exactly why “No plan survives first contact with the players”. They tend to invent and run halfcocked after random threads. Well… that and the fact that players are like a kid helping his parents in the garage: Not so good at holding the flashlight. (Had to dust the cobwebs off that article it’s so old.)

So how does this impact encounters, wandering monsters, etc? Without falling prey to over prepping because the chance any given thread gets followed is low: each encounter that isn’t part of an existing story thread should carry with it one or more potential new story threads. Most do just by existing, but it makes sense to spend a moment thinking about the likely ones and where they might lead.

1 Response to The Bugbear’s Threads