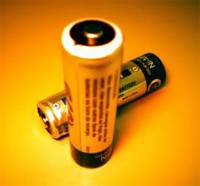 When you need a break from GMing, whether it’s a short one or a long one — or even due to burnout — nothing recharges your batteries and stirs up your creative juices like spending time on the other side of the screen as a player.

Here’s why playing is the best break from game mastering:

I’m lucky enough to be part of a group with multiple GMs, though that hasn’t always been the case. Even if you don’t have that luxury, though, there are always conventions, FLGS game nights and other ways to put this simple technique for recharging your GMing batteries into practice.

What’s your favorite break from GMing?

8 Comments To "The Best Break from GMing: Playing"

Sometimes we rotate GMing in our groups, but in most cases we rotate the roleplaying system as well. So, when I am the GM, I will master (A)D&D, Spacegothic or Shadowrun, the other GM will master Warhammer, Cthulhu, and so on. It is great, because you learn diffrent roleplaying approaches under diffrent game mechanics …

Definitely playing. Last semester, we had three GMs rotating games, and we tried to time it so we had two games going every weekend. Of course, some weekends had no games, and some had three, but every once in a while, things worked out.

As a bonus, one game was totally crunch (Iron Heroes), one had no crunch at all (my tri-stat game), and the other was in between (Star Wars D6). That’s one thing that worries me about my plan to run 4e next semester – since the Iron Heroes game is definitely continuing, and the D6 game probably not, I don’t want us stuck with two crunchy games and nothing else. I’m afraid I’d be stepping on our other GM’s toes, trying to outdo him with fun tactical situations. Plus, we’d probably all get a little tired of grids.

My solution is to try to con someone into running Wushu. Or maybe Scion. Something that involves rolling a ton of dice at once.

When it comes to Mutants & Masterminds, we all take a turn GM’ing; we’ve all got characters and Hero Groups scattered around the world, and it’s fun to pick up characters you’ve not played with for a few months and giving them some time. It’s like visiting old friends. Each Group has a slightly different playstyle ranging from four colour to grim’n’gritty, depending on the style of the GM.

Our 3e gaming has dropped off recently because I’ve managed to get my players enjoying 4e D&D, and we’re without a GM at all. I set up a Gladiatorial Arena Fight-club set in Ptolus’ arena and each player has three characters (me included). We’re mix-and-match battling it out between our stables trying to gain Fame Points. Each player can choose to battle with their own stable (two-on-two, so one character sits out – usually the one most injured last battle) or use something appropriate from the Monster Manual. They don’t gain Fame Points is they don’t use their characters, but it’s great fun to make the other player sweat against a bevy of Wyerns and their Bugbear controller 🙂

The advantage of this is that two players can get together anytime and run through a battle, meaning we’re actually playing 4e D&D /more/ than we ever players 3e. Which is nice.

Soon, I’m going to raise the heat a little and drop a sub-plot onto their laps, picking up the GM mantle again. I keep putting that off though because GMless is so much fun.

I’m with you perfectly– all five points. Some of our best games were during alternating week play– I know that I enjoyed prepping Mage while wandering through the Skellwoods in Kevin’s AD&D game.

Your last point, getting homesick, is how we know things are going well. At the beginning of a campaign everyone’s getting into their characters and settling in. Once a game hits its stride other players (who also GM) start talking about “not that I want to put this game aside, but I’m getting some good ideas”. The flow of creativity that comes from successful games is infectious.

After GMing for three years, I asked the other GM in our group how long would it takes him to prep for a campaign. He told me he would be ready in a few months, enough time to finish up the current campaign to move to his.

We have switched off every few years for the last 17 years. I like the break, and really enjoy the chance to play. I like that other players get a to experience how another GM handles plots and rules. I no longer become the stingy, evil GM.

I think it is as good for players as it is for GMs.

Thanks for your comments!

@Greywulf: I’ve never tried round robin GMing in the same campaign, but I’ve always wanted to. With three GMs in a five-person group, you’d think we’d have given that a shot at some point, but we never have.

@Scott: Well put! What you said about games hitting their stride and everyone getting itchy is happening in our group right now. It’s not that we want either game to come to an end (and for mine, I plan on leaving it at a stopping point that will allow us to resume it again, if we want to — essentially, [1]), but our creative juices are flowing and we’re ready to tackle something new.

Our group has 8 people, about which 6 game regularly. Dave gms D&D 3rd edition, but we are switching to forth in a few weeks. I gm RIFTS, and Matt, one of our players is going to try his hand at running 4th ed soon. We had one more gm who sadly moved away (Pete we miss you.) We alternate with one gm running say 4-10 weeks ,then swap to the next and so on.

Wow, it’s been a while since this was posted but anyways. I’m a rookie gamer and I’m also the DM for my friends back home. I played my first game at A-Kon last year and when I decided to start, and DM, a D&D group with my friends afterwards I felt overwhelmed to say the least. The few sessions we got through were all thrown together at the last minute, still fun though. But after spending a semester at college and getting to play under and watch a good GM on a weekly basis I feel a lot more confident and the games are definitely more well prepared and structured, plus I’ve thoroughly enjoyed trying to stay alive rather than just trying to kill them with the mob.