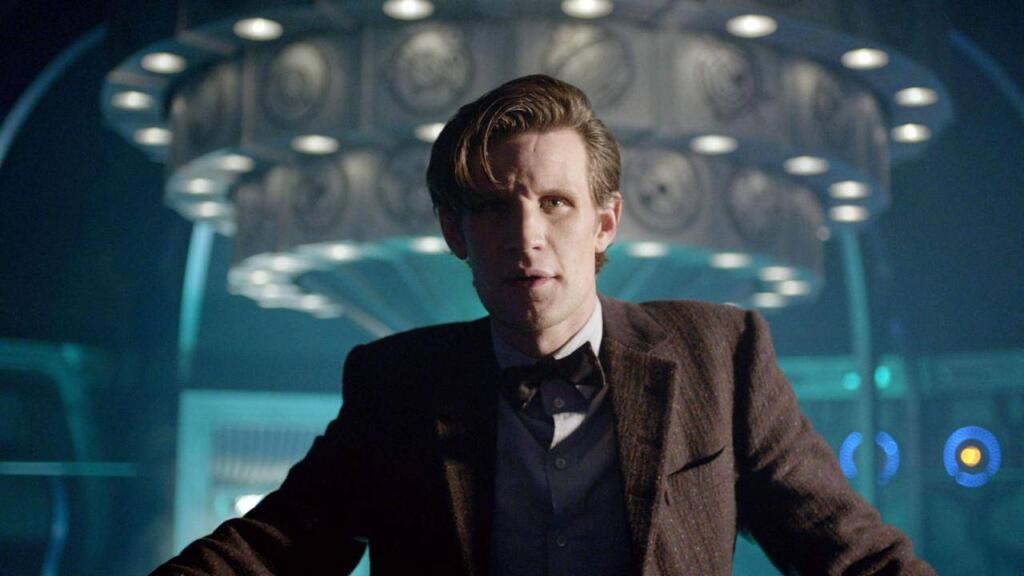 If you’re an American you’re probably accustomed to monster of the week, crime of the week, whatever of the week, kinds of storytelling in our long form TV dramas. For those of us who are a little older we are used to the Chris Carter method of the X-Files, a number of one off episodes concerning the X-Files with five or so meta plot episodes concerning the alien conspiracy. We’re also used to twenty plus episode seasons of shows because that’s how they’re ordered for American TV. What this means in our roleplaying games is we tend to try and create series of adventures with a number of one offs surrounding a big bad and their lieutenants, minions, and the symptoms of their plots. If you have a strong mechanism for this kind of game, ala something like the X-Files, then it gives you something to build scenarios around, but if you want to tell a more focused story I like to use the BBC method of storytelling.

Here’s my assessment of the BBC method

BBC seasons of shows tend to be shorter and usually focus on singular stories or story arcs. That focus is what we’re looking for. An easy go to is Doctor Who. Most seasons are ten to twelve episodes, thirteen if you drop in the Christmas Specials, and they focus on a singular story. If you’re familiar with Matt Smith’s Doctor, then we can talk about his first season which is series 5 by new Doctor time. In this season we have two stories going on. There’s The Cracks in the Universe and The Girl Who Waited. If you’re not a Whovian,Â it’s ok. I just need you to know about those two stories, since The Girl Who WaitedÂ is personal to Amy and The Cracks in the UniverseÂ is personal to Doctor WhoÂ -Â and is also an overarching story arc. The season has 13 episodes, which is a little long for a BBC show.

To start with, every episode has something to do with one or both of those stories. The Doctor has brought Amy with him because she doesn’t make sense and he needs to understand why she doesn’t make sense, so there’s a more personal story going on. The Tardis is appearing where there are cracks in the universe regardless of whether or notÂ the Doctor knows they’re there throughout most of the season. Even the episodes that seem like one-offs have these connections, such as episode two The Beast Below where the audience discovers there’s a crack at the end of the episode. Every episode has the Amy story going on. Eventually they add Rory to the show full time and then use him as a plot device leading to the series 5Â ending episodes The Pandorica Opens and The Big Bang which explains the cracks in the wall and why Amy is unusual.

So now that I’ve been vague and trying to avoid spoiling anything for those who haven’t seen series 5Â of Doctor Who, you can go watch it to see everything I’m about to talk about atÂ work.

If Series 5 was a Game

Playing games via the BBC model requires a little bit of work. I’m actually more of a seat of the pants improv GM, so I just use the base outline ideas of this and modify as the game is played, but I do know one thing because it helps me make adjustmentsÂ – I know the cause of the issue. In series 5Â of Doctor Who we know there are cracks in the universe. As the GM I would know why, and I’m going to tell you. If you haven’t seen it and don’t want to be spoiled stop reading.

So afterÂ brainstorming some ideas, I come up with the following things caused by the crack in the universe: it causesÂ a ship to crash into a planet populated byÂ a bunch of weeping angels; it displaced an alien race to Earth because their planet ceased to exist afterÂ being swallowed by the crack; it’s helped an alien prisoner escape to Earth; it’s touched the British colony ship in the future; and it’s on Earth again near a Silurian civilization.

Now that I have some crack in the wall plots, we start play. The Doctor wants to know about the cracks in the wall, and Amy is running away from her wedding and is also in a very strange situation.

Session one – we introduce the Doctor, Amy, and Rory – who will be back later – along with the crack in the universe and the strangeness of Amy’s situation. We also provide a problem for them to deal with, prisoner zero, who is wanted by the alien warden who will destroy the Earth if needed to deal with the prisoner.

Session two – I want to get to understand the characters’ morality a little more and give them a moral quandary. I use the British colony ship and ask the question do they kill the beast that is powering the ship or find a different answer.

Session three – I want to get away from the meta plot of the characters and do something very Doctor Who byÂ bringing in the Daleks, but I also introduce some NPCs I can use later, like Winston Churchill and Professor Bracewell.

Session four – I use the Weeping Angels and the space ship, and to make it more personal I bring in River Song because that seems like fun.

Session five – I bring in Rory and take them all to Venice to deal with displaced aliens from the cracks in the universe.

Session six – I now have Rory in the group and want to do another moral question episode, since I’m playing Doctor Who and those play well, and I give them the puzzle of which existence they’re in is reality and which isn’t. I ask Amy the question of who is more important to her, the Doctor or Rory. She chooses Rory.

Session seven –Â I highlightÂ the Silurian situation, but it ends with Rory dying and the Doctor reaching in and pulling a piece of the destroyed Tardis out.

Now I’m scrambling because Rory died and I’ve revealed a bit about the situation, but I’m not sure what happens next. So for session eight I drop in Vincent van Gogh and have a monster of the week episode, but also push on Amy because she’s lost Rory, who she loves. I have the player playing Rory now playing Vincent.

Session nineÂ –Â I’m still not sure what to do, and sinceÂ Amy’s character is not there this week I come up with another one off where the Doctor is stuck out of the Tardis and needs to figure that out, while another issue arises withÂ people disappearing. I have Rory’s player play Craig Owens, who lives in the lower part of aÂ house where people go to the upstairs flat and disappear.

Session ten –Â Now that I’ve had some space to think, it’s series finale time. I’m going to use all the stuff from the previous episodes to put it together. Here are the things I want to use:

I need to point the Doctor and Amy at Stonehenge because I’m gonna put the Pandorica underneath the stones. To do that I’ll use River. I’ll say River steals a van Gogh paintingÂ called The Pandorica Opens from an English space vault. It’s a painting of the Tardis exploding. It got there because River had Winston Churchill preserve it. River lures the Doctor to Stonehenge by writing Hello Sweetie on a mountain side as one of the oldest examples of written language in the universe with a date and location on it. This draws the Doctor to the area of Stonehenge where River has a legion of Romans with her. Rory is around as a Roman.

Now that I have the pieces assembled I can move the game along. The Tardis is going to explode because behind the scenes the Silence, an organization I plan on introducing in the next story arc if we continue the campaign, sets the Tardis to blow up using River as a part of the plan. Rory is also part of the Silence’s planÂ – he’sÂ a fake of Rory, but still has all his memories. Rory’s player eventually shoots Amy, but in doing so regains himself becoming the real Rory again. The Pandorica is the solution that all the enemies of Doctor Who come up with, a prison not even he could escape from, to do what they think they need to do to stop the Doctor from blowing up the Tardis. This first half of the scenario answers a lot about the cracks in the universe question and sets up all the problems from learning about the cracks in the universe while also solving a new question. Is Rory is real or not?

Now that everything is set, it’s time to solve the problem. Since it’s Doctor Who, the players get some crazy ideas. Rory opens the Pandorica. Rory and the Doctor put Amy in the Pandorica which will keep her alive. The Doctor uses River’s vortex manipulator to time travel and save River from the exploding Tardis, which is repeatedly exploding until the universe implodes. Rory protects the Pandorica for a couple thousand years. All manner of time travel hi-jinx ensue, as they do in a Doctor Who story, until the Doctor finds himself in the Pandorica and usesÂ it to reboot the universe, which traps him on the other side of the cracks in the universe.

The last question that needs to be answered is Amy’s strangeness. The universe was pouring into her head so she can remember things that were forgotten. It’s what allowed Rory to come back to himself. It also allows Amy to remember the Doctor, with a key dice roll and expenditure of story points if you’re playing the Doctor Who RPG, and bring him back into the universe after he reboots it.

So that’s how I would seat of my pants Doctor Who series 5. I could tighten this up even further but I’ll break down more of the tips, tricks, and methods for hitting the BBC method in my next article. Thanks for reading and go play some games.

4 Comments To "The BBC Method of Story Arcing: Part 1"

This is brilliant! I know that’s a short comment, but honestly, the ideas are fresh. This is a good move and another way to present continuity in a campaign.

I’ve really come to love the BBC style of campaign organization. It’s what I ended up doing with my Monster of the Week game. I didn’t quite get all the character arcs nailed down, but the players generally take care of that themselves if I can give them a good enough material to work with. We ran for about six sessions and I think I did a fair job of building up the tension to the finale, where they had to prevent a demon prince from coming through a portal in Ceasar’s Palace in Vegas.

Oh, I also like how you incorporated the missing players into guest stars or solo missions. 🙂

Au contraire! I much prefer British shows, partly for the reasons you describe here, and partly because I find that the shorter-series style promotes higher quality.

I love this, which shows off a strength of improv based GMing. All too often I come up with multi-session adventures, and right at the climax where I bring in the emerald angel, the player whose background is “tutored by angels” is missing.