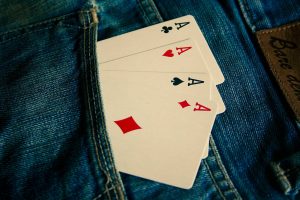 Sometimes players zag when you expected them to zig. It happens to all of us. Often it’s easy to just adapt your current adventure to the changing situation. However, sometimes it isn’t. Sometimes they go off into a totally different part of the world (or another plane or planet altogether). For those situations, you may want to have a “Backpocket Adventure” ready. (We’ll call it a BPA from here on out). In this article, we’ll look at several design principles for the BPA.

SHORT
The BPA should probably be a short adventure. It’s designed to allow the heroes to get back to their home-base or regular adventuring routine. If you like, it can be a springboard to an entirely new phase of the campaign, but that won’t usually be the main goal. A short BPA allows you to support player choice (“We’re jumping through the Guardian of Forever no matter what!”) without miring them in a long side adventure that might not be to their taste.

CLEAR GOAL
Creating a clear goal is a solid design principle for any game. It is especially important for the BPA. Players should know what they are trying to accomplish. They may need to break out of prison, steal a spaceship, or open a portal to their world. Without a clear goal, a BPA could seem like “just killing time.”

MODULAR
The problem with writing a BPA is that you may not need it. Players may stick to the expected line of action (though mine never do) and it will go unused. However, hard work should never go to waste. Perhaps the BPA can be used as a lead in for the next adventure. Another trick is to keep the maps, but change the NPC’s and monsters. Maybe the players in your fantasy campaign didn’t visit a particular village to help them with their monster problem. Change the villagers into alien farmers, and swap out the trolls with some wampas. Now you have a short scenario for a science fiction game. Also, you can keep the maps and increase the level of the opponents for use at a later date.

FUN
A BPA is a great chance to let loose. Since it is only designed for a session or two, you can have a blast. Want to run an Addams Family themed session? Now’s your chance. Take them to Oz, Narnia, Tatooine, wherever. Give them a good time.

Your adventure doesn’t need to be crazy to be fun. Bring back a favorite villain to taunt them, have them find a favorite NPC in an unexpected locale, set up a chance for them to use their magic items, gear, or skills to best effect. Fun comes in many sizes.

CONCLUDING THOUGHTS
While a BPA requires extra work, it can be a lifesaver. Also, they may make you look like a genius gamemaster. With minor adjustments, you can reskin them for later use. Recycling is great, even in our gaming lives.

Have you ever written a BPA? How did it work? What other principles can you suggest for designing a BPA? Let us know below.

2 Comments To "The Backpocket Adventure"

Linking back to previous articles would be fine, but I’d really like to hear some thoughts on the nitty gritty of prepping for this kind of plug and play/ one-shot adventure. Short, directed (towards a particular goal), modular and fun are great bullet points to keep in mind though!

Just off the top of my head, I would probably sketch my process something like this:

Figure out a Big Bad. A person for default, but an organisation or even a location would work. Bullet point the top three things about it, like a strength, vulnerability, motivation. If you’re doing Fate, you might as well stick those straight on an index card.

Derive from that something the Big Bad wants or needs, something to happen or not happen, a goal to seize. Whatever it is, make sure it’s aimed into the party’s sphere – their hometown, their mentor, their family, whatever. Make it personal.

Now, no self-respecting Big Bad hits the streets until doomsday, so figure out from their nature what their Minions would be, and promote one to Midboss. That guy’s going ordering Minions about from a position of safety, and he’s going to be the one that comes calling when the first attempt to secure the goal fails (as it likely will).

From that, I’d see three primary scenes: a setup and conflict, where the Big Bad’s goal is made known through the actions of the Minions, a natural intermission to allow for figuring out stuff, recovery, gathering allies and resources, and a final showdown with the Midboss. Sprinkle in some “hooks and flags” to allow the characters room to express themselves, and voila. Should be three hours worth there.

I like your approach of keeping the Big Bad behind the curtain. This makes the BPA a hook into a side plot with a recurring villain. …And depending on the villain’s connections (to be discovered over time) it could be more than just a side plot!

For my BPAs I take this approach but read it right to left,. My LT game already has recurring villains whom I’ve introduced over time. When the main story hits a lull I’m ready with a boost of action driven by one of the recurring bad guys. For example, a foreign warlord the PCs humiliated some time ago has raised the bounty on their heads, attracting interest from a new assassin (or two, or three). This is very much in the vein of the classic crime noir plotting advice, “When the story slows down too much, have someone kick in the door and start shooting!”