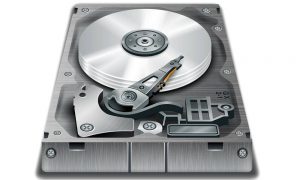 In a previous article, we looked at reasons for having a back-up game. To recap briefly, adult responsibilities often get in the way of having a full table. A back-up game is a one-shot or series of one-shots that can be dropped in when necessary. In the past few months, we’ve used a back-up game three or four times. This seemed like a good point to reflect on what is working about the back-up game, and what challenges it has presented. Hopefully this “field report” will present useful insights if you’re considering a back-up game. First let’s look at our back-up game’s fiddly bits.

Our group meets almost weekly for 2 hour sessions. While this is much shorter than traditional sessions, it seems to work with adult schedules. There are six players in the group, and they generally don’t like to press on if only two or three people can make it. Our back-up game is a simple homebrew Star Wars system. Obviously I chose Star Wars because it’s an easy sell: I’ve NEVER had empty seats at my Star Wars con games. It doesn’t happen.

The back-up game lets us play more often. We’ve had fewer cancelled sessions, which is good for both player and gamemaster (GM) morale. So far they seem happy to fire a few blaster bolts rather than not play at all.

Running a simple system has been a positive experience from the GM’s side of the table. It would be much more difficult to adjudicate a more complex system every other month or so. It’s been a great opportunity to playtest the rules as well. Since we don’t play it frequently, it doesn’t seem like I am changing the rules constantly (though I really am).

The game’s “Rebel Missions” structure has worked well too. Each session they get a straightforward mission from their Rebellion contact and are on their way. The goal is always fresh in their minds so they don’t have to remember things from previous sessions. Such a format would work well for a Star Trek or X-files type game as well.

Sometimes it is difficult to finish a mission in a short time frame. We’ve had things carry over, which is difficult along with maintaining the regular campaign. Also, when things run over, we may not get back to the back-up game for another month or so. To help them finish in one session, I’ve had to shorten or jettison scenes.

Since this is a back-up game, we often have different players at each session. This requires a bit more time at the beginning to get everyone up and running. We also have to take time during the session to explain the rules. However, this would probably be true with an established system as well.

Given the episodic, ensemble nature of the back-up game, it can be difficult to have player characters work towards an over-arching goal. It’s like episodic television: they can’t grow and change in the same way as in an ongoing campaign. Also, it can be more difficult for characters to develop rapport with each other or NPCs.

Back-up games have their share of challenges. They require us to design adventures differently than for an on-going campaign. In that way, they are more like a convention game that you get to run regularly with the same group of people. However, the ability to play more often and in different genres makes it worthwhile. For me as a GM, it’s been a great move.

Do you have any observations from the field with back-up games or alternate campaigns? Did I forget anything above? Let us know below.