The Art of the Off the Wall Con Game 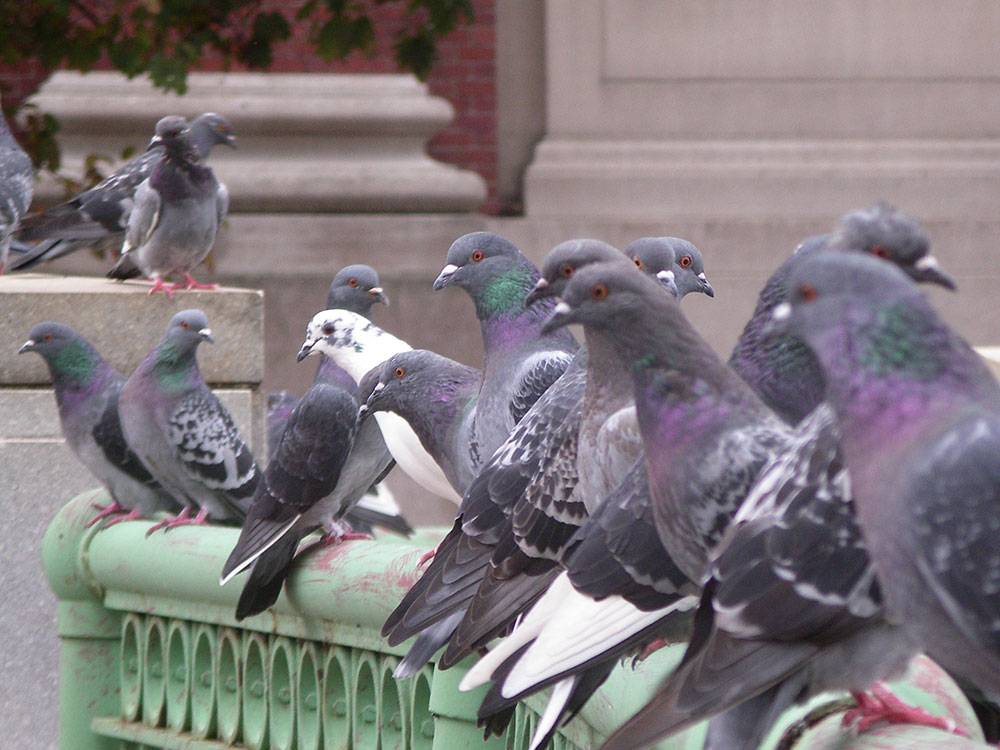 Renaissance Venice is sinking. Our heroes meet in a square, trying to form a plan to save the already historic city.Â  The pigeons settle around them, until one particular bird arrives with a message tied to its leg. My players immediately laugh, joking that the pigeon is itself the bad guy – and in this moment, the name that my villain goes by immediately changes to “the Pigeon.” His method of communication is now purely by pigeon and no one knows who he really is. But why stop there?Â  The submersible is shaped like a clam; the players tell me it runs on pigeons. How do you catch them and keep them to run this machine, I ask? We pull their wings off so they can’t get away, they tell me. All of this is logical–warped, but logical–and none of it effects my story or preparation, except that none of these players will ever forget this game. A year and a half later I am still hearing these stories repeated at conventions.

Why run a crazy game?

Since I run most games as one shots, crazy ideas don’t phase me. Yes, you have a clammersible and off we go! Unless it runs into a safety/comfort issue for you or your players, there’s really no reason to say no. In fact, here are my top reasons to make sure you say YES*:

*Your mileage may vary; not recommended for games that are intended to be scary or purely dramatic.

But my players will be out of control!

It’s important to note that absurdity in the shared world doesn’t mean that your plot stops, or that all your time and effort should be converted to handling ongoing jokes. What is key is taking the elements that your players create – remember that they’re invested in these pieces far more than anything you randomly create for them – and working them in to the shape of your world and story. Not everything has to be connected, of course, but it’s worth taking the things that make the biggest splash and connecting them in the background to your previous plans.Â  As long as the absurdity isn’t pulling your game momentum to a screeching halt, lean in to that interest and pull. You’re basically playing chicken with your players – building in layers of logical absurdity in your characters and world together. Sometimes players find the place where they stop pushing, and sometimes they don’t…it depends on who’s at your table. A game that runs in the land of sheer ridiculous one session can be comparatively tame the next. That’s okay. Everyone has a different threshold for gaming farce (you can hear mine on She’s A Super Geek).

Ready to Jump In?

Okay, Senda! I’m ready to run some off the wall games! What do I do?

Well, there are some game systems that encourage more absurdity than others, but even good old classics like D&D can push the envelope.Â  Here are my personal key ingredients:

If you’re ready to run a whacky game and try saying yes to everything, picking a rules system that supports this kind of play can be a good starting place. A few of my favorites are All Outta Bubblegum, Lasers and Feelings, and One Last Job. Depending on the audience, All Outta Bubblegum can be made even crazier by stealing James D’Amato’s wonderful plan of using Cards Against Humanity cards to define things about your world (check out his episodesÂ here) – he used them for magic, but since I usually play it sci fi they become what alien tech can do to a human body or mind.

How much crazy do you allow in your games?Â  Does it matter if you’re running a campaign or a one shot? I’d love to hear about your crazy gaming moments!Â