The argument for teabagging when you TPK 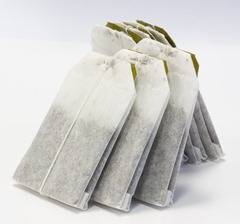 There’s a lot of subjects that we as gamers and GMs have giant raving debates over that at their core revolve around “Will I lose a friend if I do this?” Everything from fudge to player kills to dealing with problem players at least partially hinges on the reaction of the rest of your gaming crew and how well you can trust them to act in a mature manner to an unfavorable situation. We can talk about the necessity of mature discussion of expectations, social contracts, and trust all we want, but for many of us there’s a tiny doubt gnawing at us that if we kill someone’s character, if we destroy their favorite sword, if we give everyone else treasure or a level or a keep and not them, or if we tell them it’s unacceptable to make lewd mouth gestures at another player, that they’ll throw a temper tantrum and storm off, never to be seen again.

Frankly, some of our experiences back us up on this one. Here’s a few of mine:
-A friend of mine onceÂ  rolled up a paladin knowing full well that the rest of us were playing evil characters (an evil priest, an assassin, a mob thug) and waved his detect evil around like it was a royal parade. When he grabbed the evil mind-bending artifact that was telepathically tempting us all with great power and insisted we take it to his temple to be destroyed, it fell to me (the assassin) to poison him into next week. He stopped playing with us and years later when I bumped into him at our FLGS he was STILL going on about how the killer GM had offed him for no reason. Once I stopped laughing, I confessed that I had, in fact, poisoned his oatmeal with three doses of incredibly deadly poison.
-Once while GMing, one of my players was possessed by a demon and then geased to eliminate an NPC who was a threat to the bad guys’ plans. The other players didn’t know about any of this. All they knew was that when PVP combat broke out, I kept giving the possessed PC, who also happened to be my wife, a floating +4 bonus to all kinds of rolls as the demon shifted the bonuses it was granting around. Later on I clued them in to what had been going on, but until that point they were pretty grumpy about my apparent favoritism.

The problem with this dynamic is that the nagging doubts that our players will react poorly to bad situations can prevent us from making decisions that we know will probably improve our game. But oddly enough, not all games we play have this problem. If we’re playing Halo, and we get our buddy with the 100 to 0 winning streak in our sights, we don’t pause and think “If I take this shot, will he storm off?”. No, we take the shot, trash talk all over him and his ruined record, and maybe make some extremely rude emotes over his fallen corpse. If we’re playing World of Warcraft, and epic loot drops, we have an almost unnecessarily complex system of determining who gets what so that we don’t have to make these awkward decisions… and people still get upset and leave at the drop of a hat. What these other games show us is that not only do we not need to worry so much about our players throwing temper tantrums when things don’t go their way, but that some people will act childish no matter what we do.

That seems like a perfectly reasonable conclusion and one that we’d all be aware of already. So why do we allow these worries to nag us like they do? In part, this stems back to the social roles that were established when we first started playing role playing games. Most gamers started playing during our awkward teen years when social pressures were high. Though we’re no longer in this situation, established behavioral roles and patterns are hard to break, especially ones ingrained over years of practice, and when in doubt, we quickly fall back into comfortable territory. As we mature we sometimes need to remind ourselves that our situation has changed, but this is only half the equation. We also need to begin building a new set of social roles for ourselves and our players to accept as the norm. This means that not only do we need to ignore the self doubt of our old social roles, we need to aggressively pursue an agenda that showcases the social roles we want to adopt.

Thus, we’re back to that God-Awful title. If FPS gamers not only tolerate but laugh about teabagging each other, there’s no reason that RPG players can’t do so as well. The only prerequisite to your group having a chuckle over someone getting teabagged by an ocularon is for you to have the ocularon do it. O.K. Maybe that’s a bit far, but ignore that self doubt and do what’s best for your game. The social roles will follow.

10 Responses to The argument for teabagging when you TPK