Take another look at your group

Our group just launched a parallel game of Serenity (using the Cortex System), and some interesting choices and responses have come out of the new game setup and character creation. Along the way I realized that the group I was playing with wasn’t the group I imagine when I’m prepping for the week’s session.

In our current 3.5E D&D game, we play with everything on the table. Character backgrounds were relatively short, but more concrete than our prior game. We started the game by creating the campaign world using Dawn of Worlds, so we all knew the true history and past of the game. We’re playing 3.5 with just about every book allowed and most of the player options used. Character effectiveness has been an issue at several points, as characters drift into each others’ specialties and steal the limelight, or as different players find effective combinations that allow their character to most impressively deal with the foes without assistance of other characters. Pretty much everything on a character’s sheet is known to the other players.

For a week or so prior to character creation, the GM of the new game talked with many players at one point or another– when I was present, I was often surprised at the enthusiasm some of his suggestions raised. The following ideas were enthusiastically embraced.

Many of these suggestions matched up with occasional grousing that’s cropped up around the D&D game. That enthusiasm was very useful in knocking me out of some of the misconceptions I’d been clinging to. I realized I’ve been running the game for an idealized group, not the group around my table.

In the past, I’ve had trouble with “play before you play”– where I’ve worked up a character background that crashes during the first session. Sometimes it is just a little wasted work (extensive background that never comes into the game), while other times the character’s history doesn’t make any sense after the first session because the world isn’t at all as I imagined. Our last couple of campaigns have reflected this– one started In Media Res with backgrounds to come later (they never really did), and our current campaign, which has struggled to incorporate more than a one paragraph sketch from each character.

I’m still leery about spending pages of ink on a character that’s going to change with play around the table, but more extensive backgrounds appeal to me this time. Part of it is the tools: I like the 3x3x3 as a concrete way to introduce NPCs. So far, the extra effort on character background really improved the opening scene of the game. (Set in a hiring hall).

I’m a firm believer in group character creation. Characters made apart often form groups that fall apart– because they unintentionally build characters at cross purposes, that wrestle for each other’s spotlight, or other well intentioned but deadly flaws. I firmly believed that the group could deal with openly known secrets in a mature way, subtly pressuring a character’s flaw to lend drama to a moment of decision, or increasing the dramatic tension of an action.

Despite that, I was excited about creating a character with flaws that were unknown. I realized that while in my head we’d use group knowledge of secrets only dramatically, in practice they were openly discussed as resources (out of character, but still openly and as resources), or used to taunt a player about his character’s flaws. While I appreciate humor, character secrets that won’t be mocked are very attractive to me.

A system that the players haven’t mastered, and
Less metagaming overall

In my head, metagame knowledge provides additional fun options to the players. In recent play, though, I haven’t seen the players use metagame knowledge to make their lives more complex or get themselves into trouble. We still often play where character success = player success, and the incentives all run toward defeating foes and overcoming obstacles. Characters often buy the most effective items to aid their mission, not the most flavorful. One player is avoiding some items because they don’t match her character concept, and it’s costing her the damage dealing and survivability that’s so prized by the remainder of the group.

A lack of system mastery levels the playing field; ideally, everyone will do what makes sense for their character, and the optimal path will remain unknown. During character creation, I know that I picked skills and stats based more on character concept, rather than guessing what will prove effective. That might lead to pain down the road– if one stat turns out to dominate everything, I may regret being sidelined by my uninformed choices.

Less metagaming overall sounds interesting. I felt that a group could make good use of metagame knowledge to enhance their fellow players’ game, but haven’t seen much of it in practice. I ignored the contrary evidence in our current game, trusting that our group was mature enough to embrace OOC information and skilled enough to use it to the story’s advantage. I forgot that I’m running a game that assumes and rewards victory, not heroic speeches during a retreat against overwhelming odds.

As John pointed out, sitting on the other side of the screen can teach you quite a bit. It is proving useful to me in a couple of different ways. 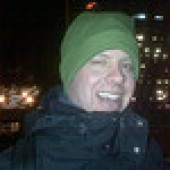 18 Responses to Take another look at your group