On social media, people are always talking about how the tabletop game design space needs to be more diverse. Here’s the deal, it already is. As one of the co-hosts of the Asians Represent podcast, I’ve been able to meet and interview some incredible creators from around the world. Here are a few of my favourites.

Ben Chong (aka Flowers on the internet) is a game designer and game development lecturer at KDU University College in Malaysia. If you’re like me, and you enjoy the wonders of micro-RPGs, Ben is a creator you should keep an eye on.Â  Of the 8 micro-RPGs he’s uploaded to itch.io, the ones that have stood out to me are Monolock and Magic Swords. The former is a sci-fi survival game about a mecha squadron being hunted by an unrelenting horror. Think Faster than Light meets The Predator. Even cooler, it’s low-prep and interestingly GM-less! Magic Swords is a fantasy game where you character is an enchanted weapon with a criminal past! That’s right, you play as a weapon.

Fans of worldbuilding will really enjoy the work of Munkao, a visual artist and game designer also based in Malaysia. Since 2015, they’ve been working alongside another fantastic creator named Zedeck Siew on Thousand Thousand Islands – a Southeast Asian-themed fantasy visual world-building project. Thousand Thousand Islands is not your average reimagining of European medieval settings. This ongoing project takes inspiration from precolonial Southeast Asian culture, folklore, and mythology. This is the kind of campaign setting that the tabletop gaming world needs. So far, four gorgeous zines have been released, and I’m eagerly awaiting more. Perhaps even a large-scale volume? 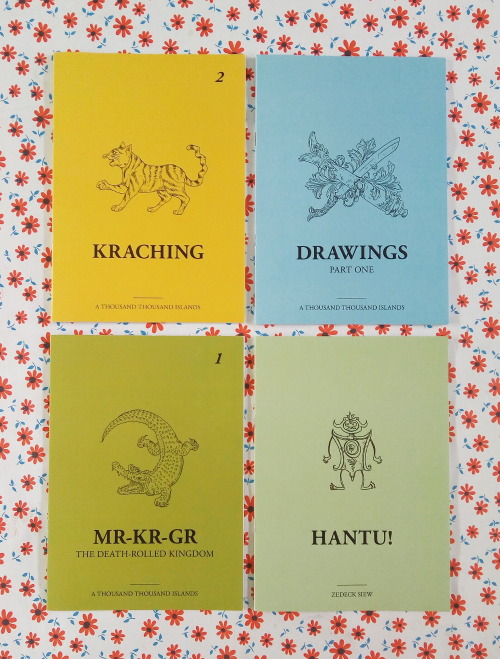 Jeeyon Shim is a survival skills instructor and LARP designer based in the United States of America. Jeeyon designs evocative, thought provoking games that challenge our ideas of the nature of games. For instance, Pin Feathers and Cloud Studies are a pair of solo LARPs about pain, change, and recovery. They’re games, but also contemplative exercises that make you feel! In fact, both are so innovative that they were listed on the Science Fiction & Fantasy Writers of America’s (SFWA) 2018 Reading List for the Nebula Awards.

Every list like this needs to feature a great visual artist. Khairul Hisham is that artist. Based in Malaysia alongside its growing RPG community, Khairul is a visual artist and teacher who uses games like Dungeons & Dragons to help his students learn English. He’s worked on a variety of games as a visual artist and often posts free downloads of player tokens on his website. I’m a big fan of his Star Wars work!

Sangjun (aka Magister Ludi) is a game designer and translator based in Seoul, Korea. I recently interviewed him for an episode of the Asians Represent podcast and learned of some pretty cool projects he’s working on! It never occurred to me, but TTRPG (tabletop roleplaying game) kind of reads like tater pig. Sangjun definitely thought so, and made a “no-player” RPG about making a pig out of a potato. Seriously. This is a game and it’s very cool. In addition to this, Sangjun has published games of incredible emotional depth like Moonflower and span like the One Card RPG project, which he challenges himself to design a single index card game nearly EVERY DAY.