Switching Characters Within A D&D Campaign 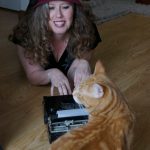 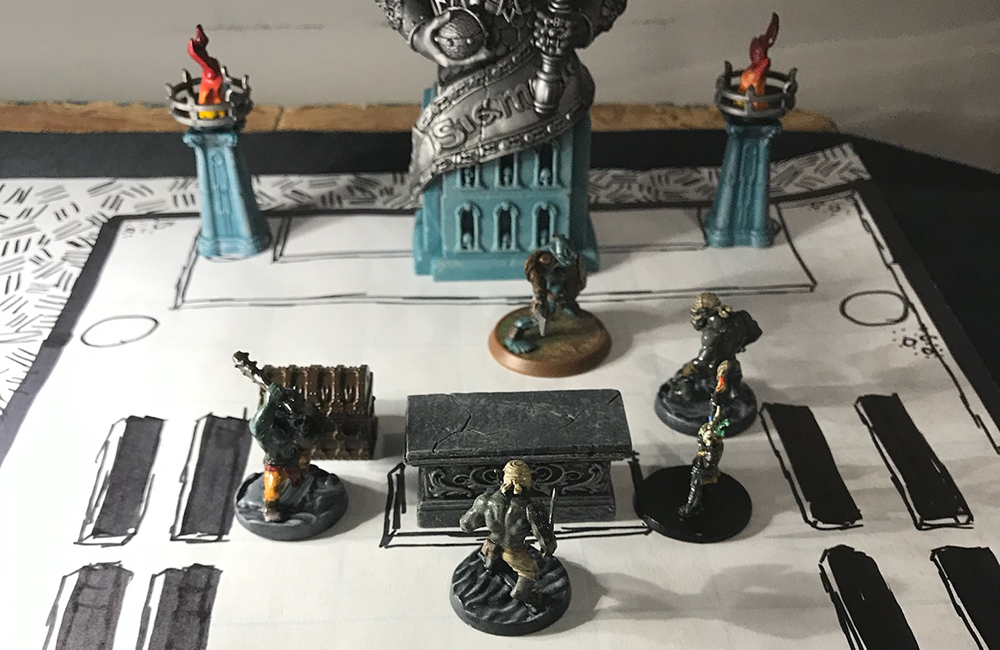 No good can come from a temple like this…

Over a year, almost two years now, passed since the five of us started a D&D 5e RPG online game during the beginning of the pandemic. Now that there are vaccines and boosters available and we are no longer sequestered to our basements, Joe (DM) and I (PC) spoke about switching characters to keep our campaign, called Stonewell, exciting and lively; we believed that introducing and playing a new character would add to the storyline and improve the quality of gameplaying.

So, Veara Snow, my former Rogue/Assassin, was charmed and kidnapped at-will on a ship by Pencheska, Duchess of the Gnawing Chaos, an arch-succubus devil. She was strategically replaced by a formerly captured Sorceress named Thia Snow, who (ironically) was searching for Veara, who was her long lost twin. Although it was difficult to lose a character I had been playing since April 2020, I maintained that it was necessary to explore a new character with a new class, a new personality, and a new skill set.

In this article, based on experience and gameplay, Joe and I teamed up to share the following concepts in a conversational style in this article: 1) the narrative of why we decided to change a character in a long-standing game; 2) how to switch characters seamlessly in a campaign without necessarily killing them; and 3.) integrating the new character into gameplay with the other players. Switching characters would most likely be for the intermediate to advance gameplayer, but novices can learn about changing characters as well.

Why Change a Character in a Long-Standing Game

Joe: Our game is about the players and DMs having fun. If your player is getting bored or feels limited by the character they are playing, it is perfectly fine to have them switch out characters. However, it is important to talk live with the player one to one and understand why they want to change characters.

Lori: I agree that the bottom line about Stonewell is having fun and not taking ourselves and the adventure too seriously. Changing out a character would be a fun way to add a storyline to the campaign and to learn more about the game. Switching from a rogue to a sorcerer will require me to learn more about the class itself and about spellcasting. I have never played a sorcerer prior to this campaign.

Joe: Changing up for a new experience or to have new interactions with the setting and party are great reasons. Creating a new character because they heard of a great new powerful Rogue build is not a great reason- but it’s still not a showstopper. We must listen to our players and find ways for them to have fun in your campaign. That should always be the goal. DM’s concerned about continuity or consistency of the PC group or Campaign storyline should consider this an opportunity to make the world more real and increase player immersion.

Lori: It all comes down to audience analysis when introducing new PCs. Are the players in your group acquaintances or close friends? How cohesive and flexible is your group? Our group dynamic is cohesive, flexible, and supportive; we have been gaming together for over 10 years and there are the elements of camaraderie and trust. I believe it worked well in our situation. I agree with Joe that the covertness or overtness of the character switch depends on both the group dynamic and individuals in the group. Some players like to be surprised; others would not appreciate the change.

How to Switch Characters Without Killing Them

Joe: If the campaign is well-established, I would advise against having the player make the new character without integrating the new character’s backstory, motivation, and of course class/race into the setting. This could create dissonant notes in both the party and setting and is a huge, missed opportunity!

Lori: Having a seamless transition of removing one character to introduce another is  challenging, especially when all the characters know each other and are deep into the storyline. It worked in our case because there is a connection between the past character and the current character (sisters separated at birth), that makes the plot more believable.

Joe: Strategies for introducing the new PCs vary depending on your player group and your style as a DM. The introduction can be overt or covert. Roleplayed or narrated. This really depends on your party. One constant is that you should plan it out in decent detail with the player, as the new character can screw up your campaign if their backstory is contradictory or if they botch the transition. If you go the covert route (the other players don’t know this is happening), you must plan the session where the transition will occur.  Veara’s player and I planned out the session where she would switch characters weeks in advance. We surprised my players with Veara’s disappearance, and it worked well because they are willing to be surprised. If your players would find this deceptive or upsetting, do not do what I did. Let them all in on it. However, if you can manage to keep it a secret and the surprise would be welcome, it is worth the planning and extra work.

Integrating the New Character Into Gameplay

Joe: Think of the transition as two separately planned but related actions. Action 1 is the “dismount” of the old character.  This can be a tense and awesome moment, so you will want to plan it with the PC. If you decide to switch out the characters covertly, this can really drive some tense moments where the party will be fully immersed. The tension caused by a covert “dismount” can have huge campaign rewards for the DM and the players.

Joe (continued):This even applies to the player doing the transition. Veara’s player did not know at what moment her old character would dismount- just that it would happen this session. This made it easier for her to roleplay the surprise and shock of failing her saving throw (which we staged- I just cued her when to fail it), and that made the tension seem very real.   Also consider your “dismount” options carefully. Betrayal and kidnapping or plain old “disappearance” are easier to roll back than death, especially if the death is messy or memorable. It also leaves the door open to having the “dismounted” character come back as an NPC or even a PC down the road.

Lori: Having the gift of time to let go of the previous character (I am quite attached to Veara) and preparing for the transition was helpful; I think it made the transition easier. Also, because of the planned staging and execution (no pun intended) of the previous character, the surprise worked.
Joe: “Mounting” the new character (Action 2) is easier- just put them in front of the party with some reason they should join them. We had the new character show up in a group of prisoners the party liberated, and the player simply started roleplaying one of the prisoners. We used “I’m searching for my twin sister” with the Veara switch. The party welcomed her right in. The key was planning the new character and the two transition actions together with the player.

Lori: I agree that staging the new character was easier. We thought that the other players would be hospitable and welcoming, and they were.  Also, because the other players are invested in Veara’s character, they are driven to find her.

In addition, here are some takeaways when thinking about or switching out the characters:

What are your experiences? Would you consider changing characters in an established campaign?

7 Responses to Switching Characters Within A D&D Campaign