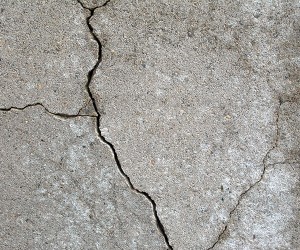 It’s the cracks and defects that make a character interesting. Nobody wants a character that’s perfect at EVERYTHING.

A while back, Caitlin posted a great article [2] on ideas to help flesh a new character out. Most of the work is in how we connect with and then portray our characters, but plenty of roleplaying game systems also offer built in ways to help define a character’s personality. Whether they call them flaws, disadvantages, quirks, traits, or whatever, these games offer ways to mechanically benefit from aspects of a character’s personality. Usually they’re paired hand-in-hand with good features that offer advantages of some kind, but today I’m going to talk about the way flaws can occasionally derail a character or even a game.

Flaws are, as mechanically presented in most systems, a limitation of some kind. The points they add to a character are, in essence, a reward for roleplaying something that should be a troublesome aspect to a character. They can be an incredible tool in helping craft a unique, interesting character, but far too often for my tastes as a GM and player, there are players that view the flaws as an overwhelming focus of the character. Even worse, many of these players end up viewing the flaw as a roadblock to accomplishing things in game.

I have a weak spot for police procedural TV shows that I can marathon in large chunks in the background while I do other things on the computer. Not too long ago, I began ingesting massive quantities of ‘The Mentalist [3]’, a procedural on CBS. One of the things that makes The Mentalist stand out from other procedural fare is the lead character, Patrick Jane. While the show’s general format involves a group of intrepid police types solving crime, the main character is not a cop. Jane is an incredibly observant and astute ex-con-artist that used to pose as a psychic for fun and profit. It’s not giving away any spoilers to share that in the pilot you learn that a few years before the show starts, he taunted a serial killer on television and was paid back by that killer, Red John, murdering his wife and daughter. Now Jane uses his skills to help the California Bureau of Investigation solve crimes so he can use their resources to hunt the man who murdered his family.

What does this have to do with flaws in roleplaying games? Well, Jane is a very flawed man. He’s obsessed with the man who murdered his family. He has no respect for authority and is regularly obnoxious and dismissive to those that irritate him. He’s impulsive and secretive, regularly acting on his own plans without telling his teammates. He’s also a coward when it comes to physical confrontations, often requiring his team to rescue him when things go awry. Now picture those traits built into an RPG character.

Many of you are cringing right now. You’re picturing the PC that has to mouth off to each and every NPC you meet, ruining any chance of getting needed information or services, and possibly getting all the PCs arrested. Or maybe you’re picturing a player so focused on the PC’s obsession that any plot hooks not directly related to his family’s murder are completely ignored and bypassed. Or possibly you’re seeing the PC that’s constantly running off on his own, splitting the party and refusing to discuss strategy or planning with the rest of the group. Even worse yet, you’re experiencing the player that whines any time combat happens because he’s ‘useless’ in a fight.

As a gamer, whether I’m on one side of the table as a GM or on the other as a player, one of my biggest pet peeves is a player who fixates on a single flaw and plays it to the exclusion of all else, regardless of what is on the character sheet or what is happening in game. Just like in the Reluctant Hero [4] situation, the general consensus is that you don’t want to discourage people from playing their characters, but when being ‘in character’ is a detriment to the game as a whole, something needs to be done.

I have so many personal horror stories about this subject I can share. There was the player who kept putting his sniper character in the front line of combat because the character sheet had the trait ‘Heroic’. Like I’m sure many others have dealt with, I once had a player who spent an entire game trying to steal anything that wasn’t nailed down because his character had a MINOR flaw of kleptomania. Yet another player took flavor description of a minor limp (no mechanical disadvantage anywhere on the sheet) and turned the character into a lame cripple who could barely move. I could go on, but I won’t.

Flaws and disadvantages are not meant to be ignored. They are absolutely intended to provide something that is a hindrance to a character, fleshing out who that character is and their place in the world around them. What they are NOT intended to do is to prevent fun. So why do so many players end up becoming fun leeches when their characters have certain flaws?

In most cases, I put it down to a lack of subtlety. Sure, you could attribute some to players that want to hog the spotlight by making every scene focus on their character, or perhaps more generously an inexperience with sharing the game table equally with other players, but most of these problematic players are using the flaws like a sledgehammer when they could be using a sonic screwdriver. 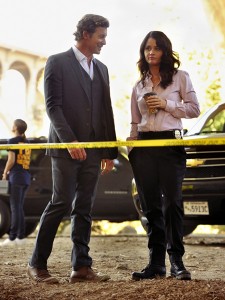 The show’s a pretty straight forward procedural other than the twist the main character throws on it. It’s a good show if you like that kind of thing.

Let’s go back to Patrick Jane for a moment. Despite the fact that the character could be a disaster in an RPG, he works on the show with [6], or even because of, the character flaws he has. While he’s obsessed with catching Red John and getting revenge, he’s smart enough to realize that he can’t do it alone and assisting with other cases allows him to continue utilizing the department’s resources. He may have little respect for authority, but that doesn’t mean he goes out of his way to be belligerent all the time and, in most cases, he’ll make a snarky comment or two and then let his partner smooth over the situation without making it worse. When it comes to his impulsive nature, he does tend to keep too much to himself, but he often involves his teammates in his plans once they’re enacted. If he were a PC in a game, the player could alleviate some of that flaw by talking Out-of-Character with the other players in crucial situations. Finally, his cowardice allows his teammates to step into the spotlight and deal with something that is out of his wheelhouse.

Jane is probably a character I would only allow in the hands of a player I could trust to play him well without derailing the game or diminishing the role of the other players. Using him as an example illustrates ways in which flaws can still be an integral part of a character but be played subtly enough to not derail the game.

Characters should be far more complicated than just a single flaw. It’s important to remember to add some layers to characters when bringing them to life in a game. A broad, obvious flaw can be a good place to start when creating the character, but that’s only a beginning. That heroic sniper was based on a character from a book who always tried to help people when possible and never left a member of her team behind, but she was astute enough to know where her skills were best put to use and to let the big guns be the guys to break down the door. She could be heroic without having to do it the obvious way.

Share the spotlight with the other players at the table. Fixating on a single flaw will end up causing it to dominate every scene the character is in, stealing the spotlight from other players. Usually that behavior is the result of inexperience or a narrow interpretation of what being ‘in character’ means. The player who focused on the ‘minor kleptomania’ flaw, in addition to interpreting the flaw in the most obvious way possible, kept trying to turn every scene in the game into a moment where he could steal things. As a GM, I had to keep shutting him down just so I could focus on the other players in the game.

No flaw should completely incapacitate a character (unless that’s the point of the scene). As important as it is to remember the flaws on a character sheet and not ignore them, it’s just as important (if not more so) to know how to work with or around them. Also, unless a GM is being a complete dick, they should never present the players with a scene where one or more of the players players is completely incapable of taking part. While the character described as having a slight limp shouldn’t be played as if they’re winning sprint races, there’s no reason he couldn’t take part in a chase scene and then play out how that exertion exacerbated the limp.

There’s no one right way to play a flaw, but what I’m saying is that it’s a good idea to put a little thought into how any character trait should be played. Maybe putting some thought into it and giving that aspect of the character a more subtle spin is the way to go. How about you? What are your experiences with playing or playing with characters that have flaws like this?