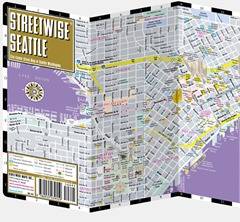 The other night, my Game Master pulled out a new GM’s screen to spread around his laptop. It was a small, laminated, easy to read, touristy street map of Seattle. We’re playing a near future cyberpunk World Of Darkness game set in a futuristic Seattle, and suddenly we actually had a city to explore instead of basic guesses and googling to tell us what the city was like in certain areas. The streetwise maps seem to be made to provide just enough information to get a visitor around the major parts of a city and not be too cumbersome. They point out basic attractions or buildings that are of significant importance, like museums, police stations, hospitals, etc. and they fold up in a nice pocket sized package.Â  After we looked over it for a few minutes, I immediately thought of 5 games where I would have LOVED to have something like this, but had to make due with more complicated or less adequate mapping options: 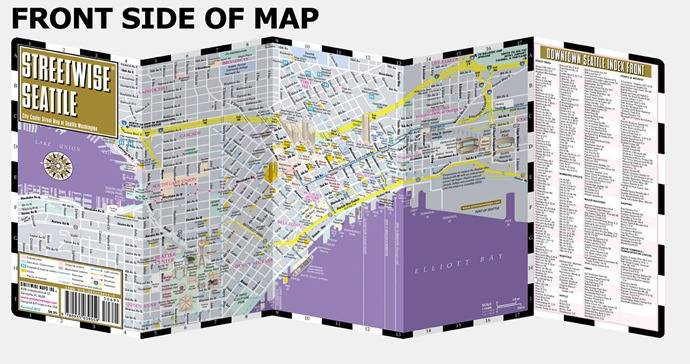 I have to say, I’ve only seen one of these maps and been around the website a bit, but at under $10 dollars a piece, they make perfect modern city maps for the level of detail needed in most games. The lamination is a nice factor as well, as dry erase markers can denote special areas or be useful for quick notations of where things are happening in a city. The grid system can be used to denote in-game places as well, listing the players’ homebase at A4 makes it easy enough to find. I’ve picked up 2 or 3 for cities I know I want to set future games in.