Sometimes you have to wing it, but the secret to improvising is that you have a set of plans and formulas that you can follow whenever you need to do so. This is a trick that I have used when a plot is not capturing my players’ attention, or if I am asked to run a game on short notice. It came from my wife’s following of the television show Glee, and her favorite musical numbers from the show which are the mashups where two unique songs are combined into a hybrid third.

If you can mashup two songs, why not two or more stories?

The first rule to creating a last minute mashup of stories is not to work with complex materials. Childhood nursery rhymes, ancient myths, or stories based upon a simple premise all make good materials to work with. Something like Game of Thrones on the other hand has too many characters, subplots, and twists to make it a good candidate for a mashup.

If you cannot quickly identify the hero and the challenge in a story do not use it for your mashup. Do not worry about the tale being too simple, as the linking of the stories will solve that problem for you.

Now that you have chosen some simple stories (simple in the number of dramatic elements that is) write down the key components of the stories. Here is what I came up with for the three stories in my example:

Notice how I did not go into great detail with any of the descriptions. This is to prevent myself from limiting my imagination. If I wrote down “whale” in my description of Moby Dick I would immediately be thinking of a nautical type adventure. It is better to break the stories down into the most generic terms possible.

Link or Replace the Key Components

Look for common themes in the descriptions that you wrote down. If each story shares the same type of element link those elements together to create a new single element.

All three of the descriptions above contain a person – the lunatic, the naïve person, and the thief. Why not link all three of those same components together into one person? The same can also be done with the monstrous creature and the various forms of evil.

Another trick is to replace a key component in one description with a key component from one of the others. In this case I replaced the valued possession with the container.

The final result is a story where a naïve thief stole a container not knowing that it held a monstrous evil creature inside. The creature can take the form of anything considered to be evil and when the thief opened the container it escaped. As punishment for his crime the thief must hunt down the creature and destroy it, but this quest has destroyed his sanity.

You have your basic plot, so now you just have to add the details relevant to your game system and setting. You have a backstory for your characters to learn about, and you can pull from the original material if you get stuck at some point.

If we wanted this new story to take place in a steampunk setting then the thief stole a sarcophagus from an Egyptian pyramid during ancient times. Upon opening it an evil pharaoh’s mummified corpse took the form of a vulture and flew off. Ra the sun god charged the thief with tracking down and destroying this despicable creature, and Ra will not let the thief rest until the quest is completed. That was thousands of years ago, and the thief is still alive in the setting’s Victorian timeline. Madness has claimed his very soul, and now all that matters is the quest.

Now Roll With It

Start the adventure in the middle of your new story. Maybe the PCs have an encounter with the mummy from the steampunk themed mashup story. They want answers, and when that obsessed lunatic thief comes around asking questions you have a potential hook to use in having him ask for the PCs’ help.

Get to the good stuff by having that mummy take all sorts of evil forms like savage crocodiles and bloodthirsty hyenas. All the while the PCs should be realizing that the mummy is not the only threat as the thief becomes more and more demanding and reckless. Milk that mashup story for all that it is worth.

The best way to be ready to pull this bit of GM improvising magic when you need it the most is to practice it when you do not need it at all. Start thinking of stories now that you can pull from. Take a moment to write down those key components. Look for how you can link or replace those key elements with each other, then dress the whole thing up to fit your favorite game.

If you follow these steps and practice these tricks when you have a few minutes to spare during an average day you will be ready when it counts. You might even create a few ideas from practicing that will be ready to go when you find yourself under pressure. Do not worry about “wasting” a good idea or concept. You can always use whatever your practice sessions create in your current game when you prepare under normal situations.

Why not test yourself now? Create a mashup from two or three simple stories below, and note how long it took you to do so. Leave a comment with the results and let me know what you thought of the process. As always, feel free to share your own experiences with improvising as a GM. 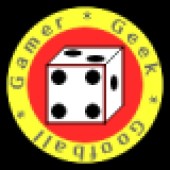 12 Responses to Story Mashups for Improvising