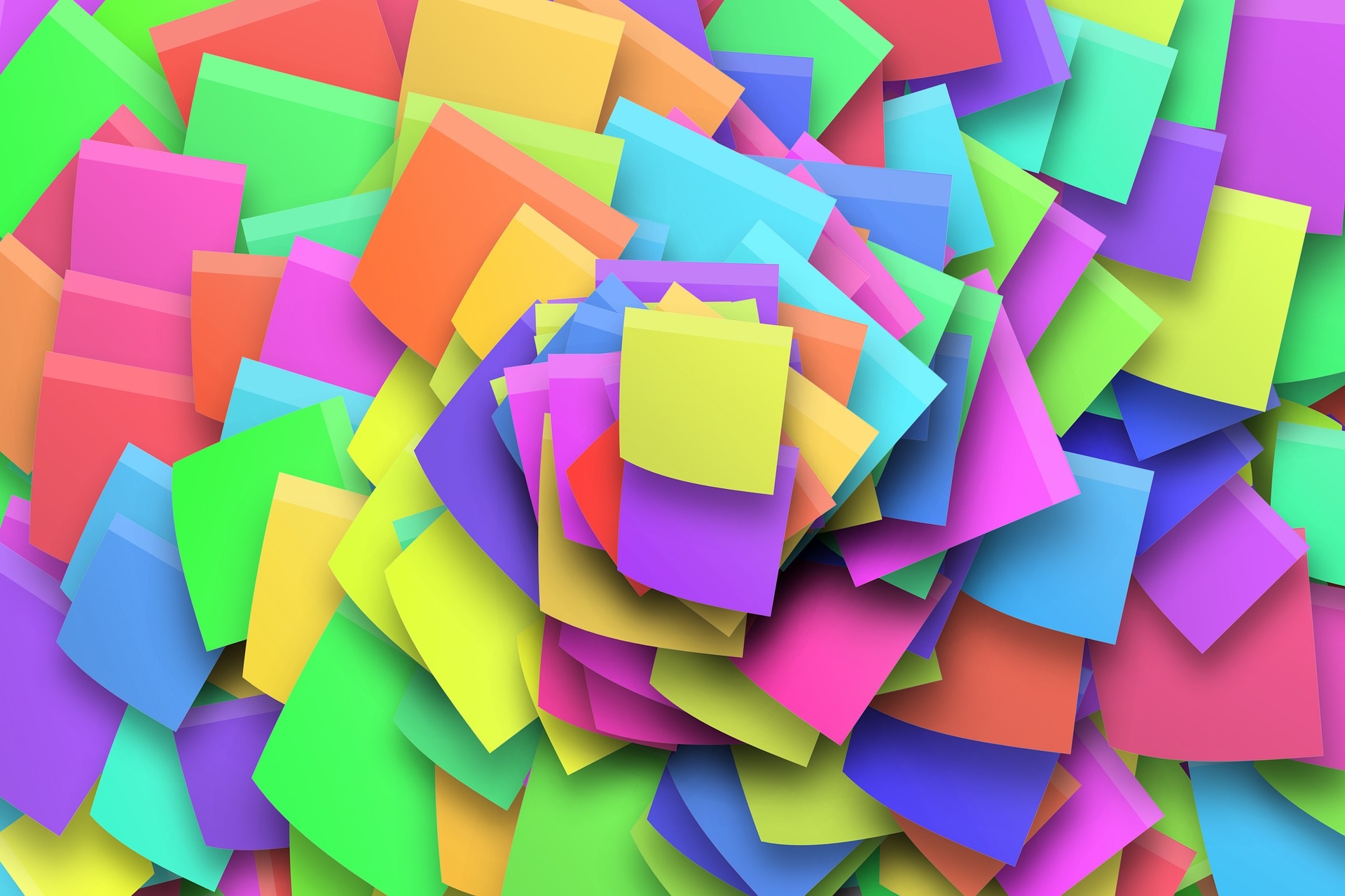 Over the last few years, whenever I watch a movie at home, it is not uncommon for me to do so with a notebook next to me. It started, where most things did for me, with Star Wars.

Back when I was running multiple FFG Star Wars campaigns, I wanted to make sure that I wasn’t losing touch with what actually made Star Wars unique. Sometimes it can be easy to remember the shape of something while losing the spirit of the thing.

I started at the beginning, and whenever a certain trope jumped out at me, I would write it down. Then, when that trope came up again, I would mark it down. After a while, I came up with a “map” of how often certain tropes came up in the Star Wars movies, along with a few keywords that modified how that same trope was used later in the series.

For example, racing might come up multiple times, but it’s not always a literal race that is taking place, just racing terminology or references to races. Its a recurring theme in some form, but not always expressed the same way.

While I think I retain a good amount of genre knowledge when I run a game, taking these notes helped me to remember that I would have a “surface level” of comfortable tropes that came to mind, but other tropes came up nearly as often, and I didn’t use them nearly as much. Taking the notes deepened the degree to which I was getting immersed in the storytelling conventions of the media I was watching.

The next step beyond taking notes was to come up with short phrases that summarized some of the recurring themes and elements that I had in my notebooks. This might be something like “there is a race going on somewhere,” or “what kind of races do they have in this part of the galaxy.”

After coming up with these phrases, I would transfer these notes to sticky notes. Why would I do that? Well, let’s look at how I’ve been plotting my games. 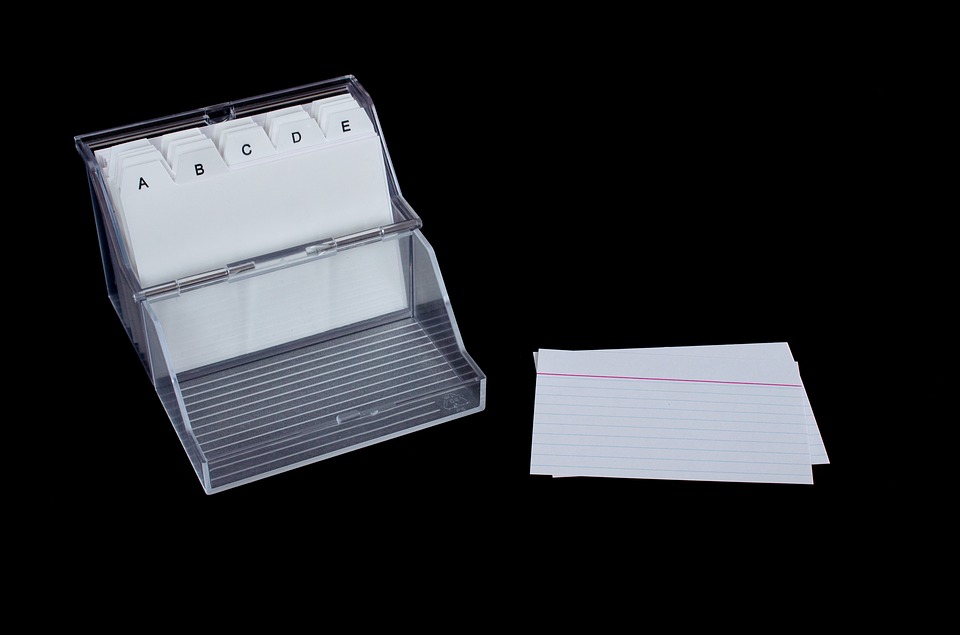 How I Structure My Games

Instead of having a detailed outline or formalized adventure structure, I’ve been writing up many of my games as a series of potential scenes, summarized on notecards. This will be just a few notes, explaining how the PCs might get into this scene, how it might play out, and what the possible “exits” from the scene are.

For example, “if they get arrested” might be the introduction. “If they bribe the police,” and “if they fight their way out” might be exits. These aren’t meant to be the only way to exit the scene, just some ideas. The main purpose of the introduction and exits are to form connections between the scenes that don’t need to be linear.

Now, back to those sticky notes. While my index card scenes are very much rooted in the specifics of the campaign, I will often add the sticky notes to some of those cards as reminders to add something extra to the scene, but only if it has room for it. In the above example, the PCs might get arrested by Corporate Sector Authority police. The PCs have already been arrested, because they got into an all-out brawl with a bounty hunter in public, and got knocked out.

I already know that, if the PCs don’t attempt anything else, there will be a power fluctuation and the force field will drop. Maybe they will run. Maybe they will get into a fight. But before that, I want to give them a chance to roleplay and come up with their own solution. I’ve put the “there is a race going on somewhere” sticky note on this index card. If it makes sense, I’m going to work that into the scene.

The players start to talk about how bad the situation is, and what they need to get done once they get out of jail, but they aren’t engaging the scene yet. In this case, I might have the CSA police start to have a conversation among themselves. I have two of the cops discuss how much they have lost on the local skimmer races. It’s just something I’m throwing into the scene, but it’s in keeping with the genre. If it doesn’t bear fruit, it at least reinforces the overall tone of the setting.

The PCs, in this case, decide to act on that comment. One of them mentions that they know a local mechanic and they have inside information on the races. When the cops don’t seem upset about inside information, they press a little further and offer to talk to their friend about “fixing” the race, if their arrest report “gets lost.”

The PC ends up being supremely charming, but the cops mention that there are surveillance cams all over, and they have their ship registry, so don’t leave town without talking to their friend. It’s not exactly a bribe, but its close enough that that might be a good “exit” to use to connect to the introduction of another scene I may have wanted to introduce, for example, a local contact that wants people to dig up some dirt on the local authorities for some credits.

The players may never have gotten to that point in the scene. One of them may have a talent that lets them cause devices to go haywire once per session, and they use this to get out of the cell and start a chase scene to run from the CSA cops. No chance to logically bring up a race in this instance.

If the players don’t bite, or you never get a chance to bring up the “extra” element on your sticky note, it doesn’t go away. You just tuck it back into your notebook and add it to another index card in the future, because it’s a recurring trope for the game that you are running.

You don’t want to hammer even recurring tropes that you have identified too often. If you put a sticky note on an index card, and it isn’t used, you may just want to save it for the next session. If you do use it, you may want to initiate a “cool down” period for that trope. In this case, you may want to have two pages in your notebook, one for “active” elements, ready to be put on index cards, and one for “recharging” elements, that you won’t move back on to the “active” page until you have cycled through all of those post-its.

What if you don’t sketch out your encounters on index cards as I do? You can still use the sticky notes to remind you of these tropes, as long as you have something where your adventure or adventure outline is written. You can stick your sticky notes to the side of an encounter in a notebook, or next to an encounter section in a published adventure, to remind you to use the trope as well.

Converting Adventures and Importing Tropes
If you put a sticky note on an index card, and it isn’t used, you may just want to save it for the next session. If you do use it, you may want to initiate a “cool down” period for that trope
Share201
Tweet7
Reddit1
Email

You can also drift this technique from just injecting tropes from certain genres to adventures that you have adapted. For example, let’s say you want to run Storm King’s Thunder in Eberron. You have already done the major work of deciding where it is going to take place, and what organizations will be swapped out to make the adventure work. Looking over the adaption you have done, however, you still feel like much of this is just a matter of swapping out proper nouns. There are some elements of the setting you feel make Eberron unique from Faerun.

This is a perfect time to create “trope” post-its for elements of Eberron that you feel are unique to the setting. You might have post-its reminding you to have someone mention what they did during the Last War. You might add other notes to have air travel referenced. You may even just leave notes to make sure to mention that presence of warforged or shifters in a scene, since the standard descriptions won’t add those setting specific elements.

Finally, there may be something in an adventure that the PCs have encountered, but they may not have picked up on the significance of that item yet. You can add a sticky note to your rotation to bring up something about that item later on. Putting it in the rotation with your regular “trope” sticky notes means that it won’t be too obvious that you are hitting the PCs over the head with references to the item they may not have thought important, but it will keep coming up, giving them a chance to think about it again every time you work in a reference to that item.

I’m guessing I’m not the only one that desperately tries to justify buying office supplies in this hobby. If you have some favorite tricks for running or playing games that involve various office supplies, let us know in the comments below. I’m looking forward to impulse buying all new things based on your suggestions.