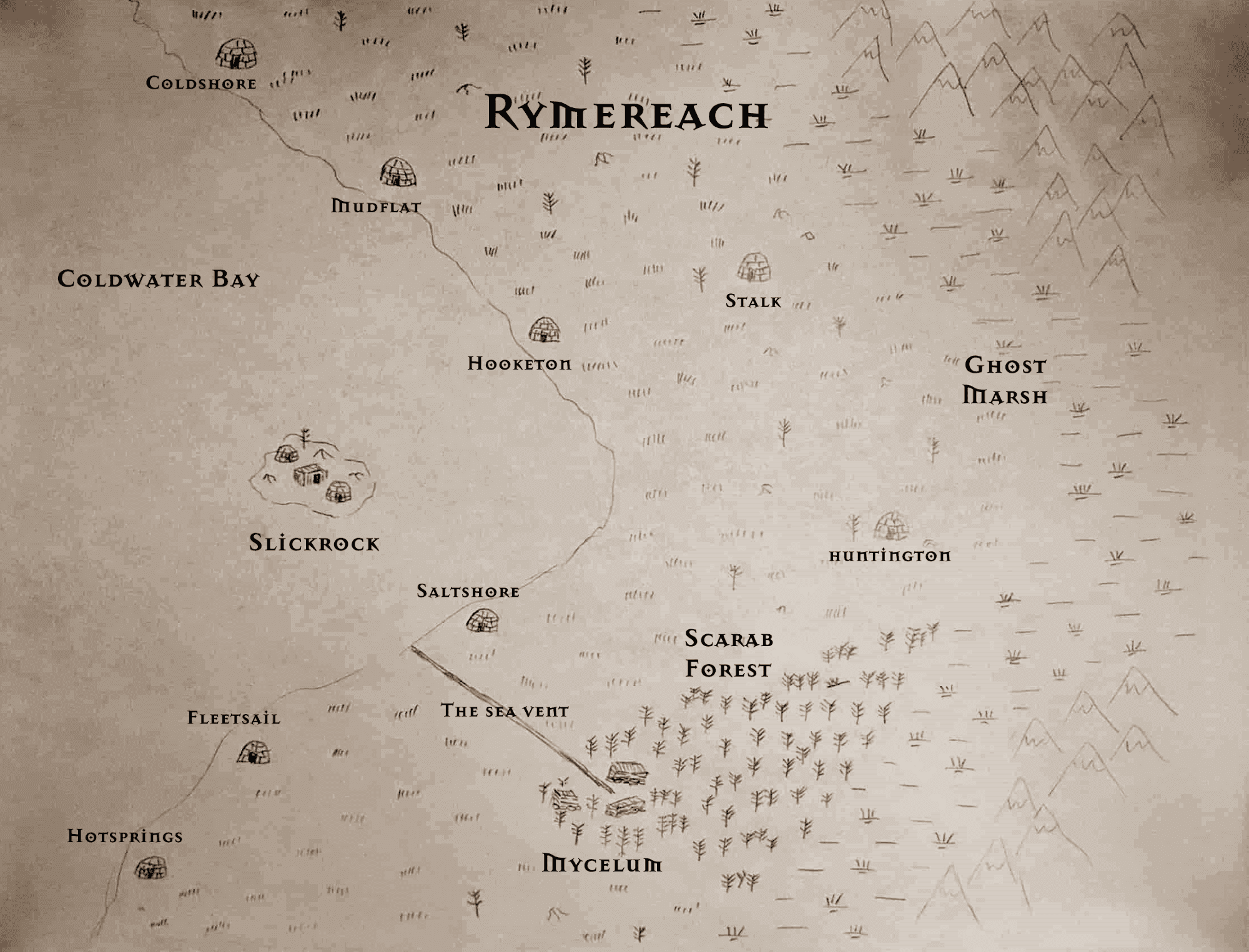 Here’s an example area to steal for your game generated using my 100 Overland Descriptors Table [1] article. Like the example in that article, I’ve rolled 5 results, and used the first two as general descriptors for the whole area, and the remaining three to apply to sub regions. My rolls are:

I’ve also drawn, scanned in, cleaned up, and labeled a rough map of the area.

I plan on making several more of these articles and would like to commission some simple maps like the one above. If you think you might be interested, send an email to mapcom.gnomestew@ gmail.com. Include the word Details in your subject line and hopefully my filters will respond to your email with more details immediately.