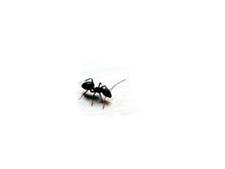 Set the framework first and establish where things go in broadstrokes. Then establish homebase and the area around it. Know where your starting point fits into the world. This makes it easier to avoid contradictions etc.

For the Airships campaign, I’ve got the home base (the ship itself), and a framework that includes the first broad stroke and an idea of where to go from there. So perhaps a bit less of where things are going than it sounds like you’re recommending, but apart from that it seems like we’re on the same page.

Can you expand a bit on your comment, and particularly on the bit about avoiding contradications? 🙂 (And welcome to TT, Alan!)

I’m a terrible GM and I know exactly why… I plan wayyyyy too far in advance. It ends up being National Lampoon’s Vacation. Ok, kids, there’s the Grand Canyon…On to wally world!

(anon) I’m a terrible GM and I know exactly why… I plan wayyyyy too far in advance.

Since you know what you’re doing wrong, I’m guessing it’s something that you’ve taken steps to work on. Do you have any tips and suggestions on what’s worked for you in terms of getting past this?

Allow the players the freedom to stray a bit from the narrative.

If you’re hustling your players towards that great encounter on page 96, you’re really just railroading. If you have a general IDEA of what you really want, just let them discover it on their own.

(anon) If you’re hustling your players towards that great encounter on page 96, you’re really just railroading. If you have a general IDEA of what you really want, just let them discover it on their own.

Definitely a valid approach to play, and a good way to get around looking too far ahead — thanks! 🙂

I’m also that type of DMs that have always several ideas of campanig projects in mind.
I usually know the main plot of the campaing I want to run, but ,more often than not, it’s hard to figure how to stay in the ground and plan the campaing step by step. “Star Small” it’s a good advice for me. Thanks for sharing your ideas.

PS: Sorry for may bad english

(Q) I usually know the main plot of the campaing I want to run, but ,more often than not, it’s hard to figure how to stay in the ground and plan the campaing step by step. “Star Small” it’s a good advice for me. Thanks for sharing your ideas.

You’re welcome! That’s what TT is for, and I’m glad you found this post useful. 🙂

I will both agree and disagree. On one hand I definitely see your point about overplanning and that is bad, especially if the campaign tanks in just a few sessions. Railroading is probably worse. One thing I’ve found as DM is that you just have to accept that a few of your cool ideas will remain ideas due to party choices if you allow a degree of freedom. For example, I had a nice plot line that involved a romance between an NPC and PC. Of course, the PC wanted nothing to do with the NPC no matter how I tried to spin the tale, and it ultimately ended up in the wastebasket of ideas. I had another plot line where I chose the most aggressive PC face a sub-boss/arch foe for a humilating (but non-lethal) fight and that he would naturally face him again for a come-uppance. Of course, the PC turned a deaf ear to his taunts and walked away peacefully so I had to come up with another angle (had the sub-boss kill the PC’s friend (NPC))

Back to the point! As for planning, I think you have to plan for your players. We have a saying at our table. “Theres steak eaters and burger eaters”. This is dervived from “why make a steak when a burger will do?”. Some players are there ‘lite’- to roll dice and kill bad guys, and some are ‘heavy’- deep plot and char developement. You have to cater to your audience. If your players are predominately ‘heavy’ you might need a fair bit of planning before the game kicks off. Plot holes and incosistentcies will be quickly revealed if planning is lacking. I build on a “province” level- 2 cities with a few major attractions and some outlying towns made up my last game world. The players started in a small town and worked up. If you go through the trouble of constructing a whole world, I would plan to re-use it many times. In fact this adds to the game when players see their previous characters as part of the ‘history’.

(anon) I build on a “province” level- 2 cities with a few major attractions and some outlying towns made up my last game world. The players started in a small town and worked up. If you go through the trouble of constructing a whole world, I would plan to re-use it many times. In fact this adds to the game when players see their previous characters as part of the ‘history’.

This is a pretty good example of starting small (although I suppose it depends on how detailed your cities were!).

And starting small definitely doesn’t mean that you lose the re-usability aspect — in fact, I find that returning to an old idea (world, etc.) and layering in new elements can be a lot of fun. 🙂

[…] • I have trouble building adventures. Specifically, I tend to focus on building the wrong aspects of my adventures — small stuff rather than the big picture, for example. Start Small touches on this, in a roundabout way. • I tend to procrastinate. “Pressure makes diamonds,” and so forth. This one is awfully general, but it impacts my GMing. • My enthusiasm for prep is sometimes very low. One of TT’s most popular posts, I’d Rather Rake Leaves Than Do Prep, is about this topic. • At times I’m so detail-oriented that I get bogged down. This ties into my first fault, but also stands on its own. • I’m prone to hoarding my best ideas. Lead With the Cool Stuff addresses this problem. • I’m often unwilling to prod my players along, when prodding is needed. Another post, The Bones in the Soup tackles this fault as it relates to my most recent game. […]