Speeding Up Combat – “Shoot, Communicate, Move On Out!”

Faster than a Tectonic Plate

Do your combats seem to take forever to resolve? Do you hesitate to begin an encounter in the last hour and a half of a session? When a combat is taking place, are your players’ eyes glazed over, or are they looking around for something less boring?

Good news: We can rebuild your combats. We can make them better… faster… stronger. 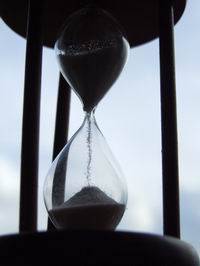 I find that faster combats are more visceral and exciting. They feel less like complicated chess and more like you’d expect a real fight. My players pay attention when the pace picks up, and they end up pushing each other to speed things along. We get more gaming in, and the gaming is far more intense and enjoyable.

(Note: This was originally written for Johnn Four’s excellent RoleplayingTips.com, and focused on D&D combat. It’s been heavily updated, but still carries a fair amount of D&D baggage.)

Before making drastic changes, the very first thing you should do is talk it over with your group. Your players may not notice the drag, or they may prefer a slower pace. But if a faster pace of combat appeals to your group, let them know that you’ll be speeding things up, and they’ll be expected to help out. Talk about the changes you’re going to make. Communication is a Good Thing.

It’s also a good idea to get an objective sense of how long combats are really taking. Ask someone to time your combat rounds, and note what’s taking so long. If it’s one player, take him aside before or after the game and talk to him. If the slowness is due to the GM (not entirely unlikely), scale back the complexity and work on improving your own skills until you get a better handle on things.

The most important things the GM can do to speed combat are in the preparation for the game. Ever wonder how TV chefs can throw together a full meal in 22 minutes? It’s easy — everything is ready and at their fingertips.

I always try to save at least an hour before the game to prep the expected encounters. Review the rules, critters, and spells you’ll be using. Prepare whatever physical aids you need, from index cards to props to maps.

Have the pertinent information at your fingertips. I GM off a laptop, and when I’m running D&D, I have a Firefox session running with tabs open to d20srd.org, and I use YoYoDyne’s Monster 3.5 to create HTML pages for each of the critters that the party may encounter. (Monster 3.5 is great in that you can customize the output format, and then edit the page to customize the critter.) I used to use a spreadsheet to manage initiative and hit points, but I found myself interacting with the computer instead of interacting with the players.

If you don’t use a laptop, find a system that works for you. Index cards are handy for tracking initiative, and some of them are like a miniature character sheet. The Game Mechanics have a good set. I always pre-roll initiative for the critters, and usually make some notes on their cards for tactics, spells, reminders, etc. Stack the cards in initiative order, and by encounter. Small Post-It notes make handy reminders for the duration of spell effects, abilities, etc. I use scratch paper for tracking hit points; shuffling through the cards every time someone takes damage can take too long.

To remind everyone of any area-wide effects due to environment, spells, etc, prepare additional index cards or table tents. Suggest that players do the same for their spells. I clip 3×5 cards with environmental effects to my screen or lay them on the table.

My group adopted a policy of rolling initiative well before combat, usually at the beginning of the game, and again immediately after encounters. The initiative cards are already sorted and ready, and we can jump right into combat when it’s time. This really adds to the fun for me.

If you use a battlemap, draw it quickly, explaining as you go. If you use multicolored pens, have a player draw a key as you draw the battlefield. Don’t strive for a work of art; it’s just a simple tool. If you can draw maps in advance, I recommend it.

When combat starts, limit in-game conversation to the length of a combat round; in D&D, this is six seconds per character per round. Speech may be a free action in many games, but that doesn’t mean entire conversations can take place in the time it takes him to move thirty feet and swing a sword.

This one’s potentially controversial, so play it by ear. Start to limit the ‘decision time’ limit for the players and for yourself. Make it a minute or so at first, then shorter as your players get used to it. I like to think that a character has six seconds to decide and act, so a player should not dally for much more than that (after all, she’s got everyone else’s turn to think about her actions). This is not to say that this should be a hard-and-fast rule; but it is something to aim for. GM judgments, skill checks, descriptions, clarifications and such have to take place to get the player the right information, and shouldn’t count against her. But if the player hesitates and considers for too long, have her character delay her action. Trust me, you will not have many unintentional delays after the first one or two. This goes for the GM as well; know what the NPCs and critters will be doing well before their turn comes up.

Until you get a system working, try to keep things simple. At first, this might mean that the battleground is always dry, clear, and level, and the NPCs tend to go on the same initiative. As you get comfortable (and faster), mix it up.

Finally, resolve the action and move on. Get as descriptive as you like, but move on to the next character as soon as possible. I find that a fast-paced “machine-gun” approach to combat is more enjoyable and exciting than a slow-paced game of tactical chess. (Your mileage may vary.) Once you hit a groove, and things start to speed up, the players will follow your lead, and you’ll find that combats last a matter of minutes.

When a rules question comes up, make a decision and move on. There is no reason at all why you can’t change a ruling after the combat. (How many times in real life have you gotten an unexpected result, only to never have it happen that way again?) If the players want discussion, limit it to a minute or so. If it’s a critically important matter, such as the death of a character, take the time to look it up or discuss in detail, but try to keep the rules discussions from getting in the way of the game.

Before making or adopting House Rules, consider their effect on the pace of combat. Will this new rule simplify or complicate things? If so, is it worth the complication? Does it make the game more fun? Does everyone in the group agree? If so, go for it.

If you’ve GMed before, you probably have a great deal of respect for what it means to be ‘behind the screen’, and do a good job of facilitating the game. But here’s some generic advice anyway:

12 Responses to Speeding Up Combat – “Shoot, Communicate, Move On Out!”