Should ALL Dungeons Be Five Room Dungeons? 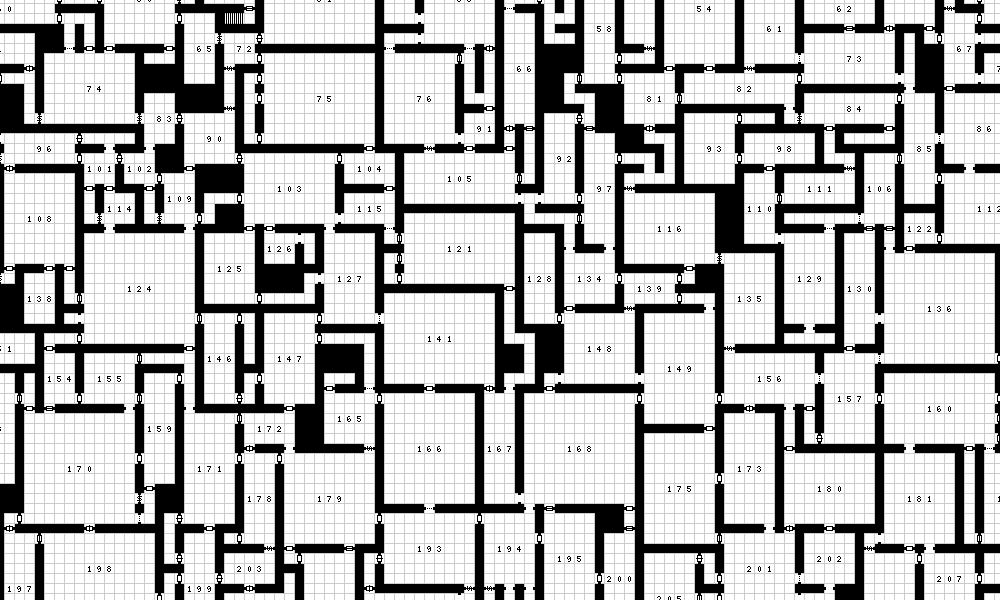 After having read several great articles on Mike Shea’s blog, I picked up his book The Lazy Dungeon Master. It’s a fast read, and worth the $5.99 asking price, (It’s around 60 pages and mostly about common things DMs spend a lot of time prepping that they don’t need to and how to streamline them, supported by a pretty cool survey he collected about DMing.) In his book, Mike talks about the minimal level of prep required for locations and gives (among others) this example location:

The Saltmines: Former center for the town’s industry,Â now closed down when they found a dark power buriedÂ deep within. Leads from Yellowtop to Ashland Fortress.

What the book doesn’t discuss, and what I was curious about, is how exactly, using Mike’s “lazy” method, one goes about mapping and populating a location like this that has the potential to be the proverbial “twisty little passages, all alike“. So, I emailed Mike and asked how he handled that type of location.Â  He very quickly got back to me and I asked for his permission to share here. Here’s an excerpt: (Link to his product is mine, not his):

If you poke around on Sly Flourish for more discussions of Fantastic Locations you’ll find more about it including the book of 20 locations I wrote around these ideas.

The two approaches that Mike offers are good ones: swipe a map from elsewhere, or reduce a big complicated complex to a five room dungeon with “you travel east for a while, through a maze of tunnels until you come across . . . “. I don’t have much to say about the first one, except to point everyone to my favorite site for random dungeon generators. But the second suggestion about reducing a big complex to a five room dungeon with handwavey bits between rooms has made me think quite a bit.

Maybe it’s nostalgia for the afternoons of lonely funÂ (which I have just amusingly learned is now called a game’s “solitaire component“) and gold box CRPGS, maybe it’s just me perpetuating the same skinner boxes of my youth where poking into nooks and crannies of maze like passages eventually resulted in a handful of GP until they could be traded in for a new breastplate, but to me half the fun of RPGs is skulking down damp passageways, ransacking moldering garbage heaps and searching areas where the map is weird in hopes of finding secret doors.

Maybe the answer lies somewhere in between the two. In one of his “MegaDungeon Monday” articles, The Angry GM discusses the “encounter space” which by his definition is a piece of the dungeon in which all inhabitants work as a unit. So if you have the stacks of a great library with study cubbies and there’s a wight in the stacks and skeletons in the cubbies, but engaging with the wight will alert the skeletons and they will open the cubby doors and surround the PCs, that’s an encounter area.

8 Responses to Should ALL Dungeons Be Five Room Dungeons?