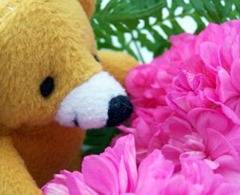 One of the  ways to craft good dungeon description is describing to appeal to the senses. Mentioning the sights is common, but including smells, sounds, feels and tastes can greatly contribute to immersion. However, it can be difficult to remember to feature sensory input and to come up with good descriptions on the fly. To that end it can be useful to make a brief set of descriptions, one for each sense that represent common, or typical sensations in a particular themed area in your dungeon or other area.  Most areas are more or less homogenous, so this doesn’t usually require multiple lists. Nor do these lists have to be long or complicated. Simple lists of adjectives or short phrases can work as well as entire paragraphs of boxed text, especially since you’ll want them to be modular in nature, using them whenever and wherever it is appropriate. Here’s a quick example for a swampy forest.

Taste and Touch:
Taste and touch can be tricky senses to adjudicate because they’re generally active senses, while the others are passive. While it can be helpful to have a few details handy in case players initiate touching objects (likely) or tasting them (less so), it’s more useful to find ways in which those senses can be passively showcased. Feelings are easier because there are actions you can assume players will take: walking, fighting, interacting with scenery or NPCs, etc… Taste is far more difficult because excepting supplies they brought with them or a very safe location (town, etc…) players are usually wary about eating random things they find lying about. However, this can be surmounted by remembering that some smells are so potent that they can also be tasted (acrid, rancid, or other foul smells), some environments come with tastes (very wet, dusty or ashy for example), and that a certain amount of “splash damage” can be expected in active situations (fights, falls, etc…).

The Sixth Sense:
Certain locales, creatures, magics, etc… have a strong “psychic” component that can be felt (in games anyway). If you feel that you’re featuring such a place, feel free to add the 6th sense to your list, including things like chills, feeling of being watched, or whatever you feel is appropriate. This is also generally a passive sense, so it doesn’t usually carry the problems noted above. Here’s an example list for a haunted house:

1-2 Sights: “A gaily dressed person, an impressive building”
3-4 Smells: “A whiff of perfume, cooking food”
5-6 Sounds: “Clamor of the market, a busker playing, a barker calling, tradesman’s racket”
7 Feelings: “Press of bodies, hard cobble underfoot, rumble of a passing cart”
8 Tastes: “Cooking from a nearby shop, an alley of rancid trash”

Inspiration:
If you have a hard time coming up with a few examples for each sense, think about the area you’re describing. What does a typical setting look like? Who lives there? What are the notable features? How does moving around feel? What kinds of things are there to see? Does anything have distinctive odors? Anything so overpowering that you’d taste it? Spend a few moments picturing the location and it’s inhabitants. Don’t forget that you can give clues through this method too. Want the players to eventually discover a secret? Have the players hear, smell, or “feel” it psychically from a distance.

4 Responses to Sensing the Dungeon