I’m fascinated by the similarities and differences between movies and adventures, as well as the ways movies can be used to inspire games, and a striking difference between them hit me recently: Pivotal moments in movies are often difficult to translate into adventures. 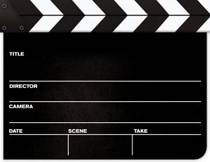 I’m a spoiler nazi, so I won’t reveal the movie I was watching when this popped into my head, but here’s the pivotal incident: A firefight breaks out, and one of the main characters is shot. In many ways, his wound defines the way that the rest of the movie unfolds, and that’s the problem from a GMing standpoint: In the movie, it works because while his wounding is presented as random in the context of the world of the film, of course it’s not actually random — and that just doesn’t work in games.

The movie unfolds the way that the writer and director want it to, because they scripted the firefight, the injury, and everything else that happens in the film. It may not be obvious to the viewer at the time, but it is in hindsight.

In a tabletop RPG adventure, scripting a moment like that would generally feel like the bad kind of railroading. If you must have one of the PCs wounded in a specific way for the story to continue, that’s hard to pull off without leaving a sour taste in your players’ mouths.

Just saying “You get shot” is lame, because the game has rules to determine that and you’re obviously ignoring them. Fudging a die roll so that the “right” PC gets shot is a bit better, but can become problematic if your players figure it out. And then there’s the basic rule of all adventures:

What if the PCs avoid the fight entirely? Or have a few amazing rolls and wipe out all the baddies in round one? You’re screwed.

That’s because while RPGs are full of these kinds of adventure- and even campaign-defining moments, any such moment that hinges on the outcome of a die roll is inherently difficult to script. I’m willing to bet that you can remember lots of moments like this — moments that changed the game forever — from your own games, but I’m also willing to bet that you didn’t script most, or even any, of them.

So how can you replicate this type of defining, pivotal moment in a game? You have three options:

Overall, sticking to #1 is the safest choice. #2 is the riskiest, and both relies the most on your own skills as a GM and depends the most on the style of game you run.

#3 is the coolest option, I think, because it stretches your skills, makes you take notice of in-game events in a different way (recognizing pivotal moments is a great skill to develop as a GM), and is likely the approach you’re already taking. On top of that, these kinds of moments often change the game in cool ways even if you don’t recognize them.

Have you used any of these approaches in your own campaigns? What’s missing from my list of options? How much of your game do you script?

(I’m at GenCon, so I may not respond to comments until I get back. See you then!)