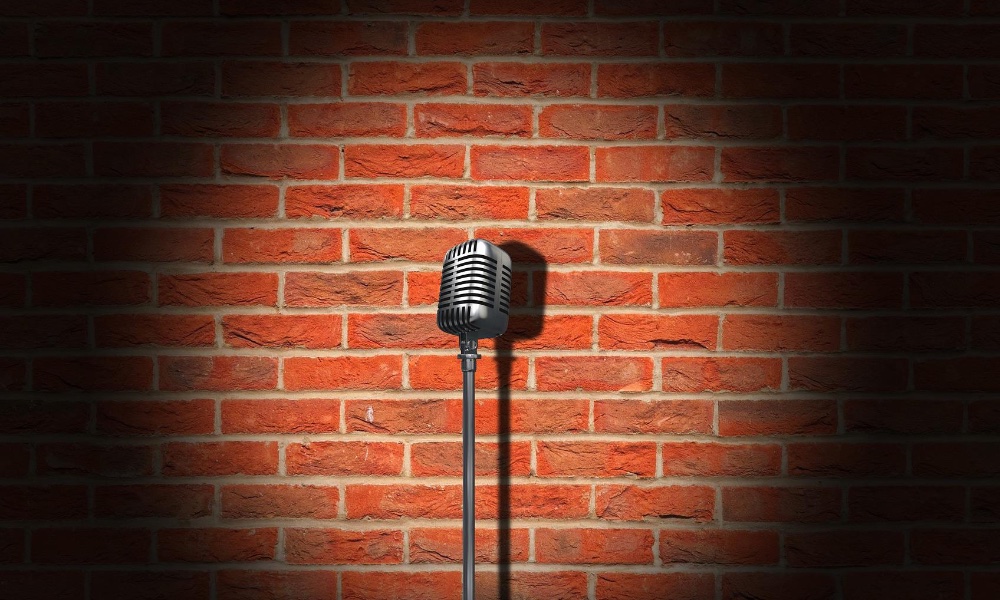 Something that is coming up for me (as I write this) is an “improv game.” I’ve done this a few times before to great success, and I’m really looking forward to doing it again. What I mean by an “improv game” is that I, as the GM, am not providing the storyline. Instead, I am setting things up in the session zero for the players to be in charge of what happens with the story. I, as the GM, will be the one in the “hot seat of improv” and have to make stuff up on the fly. They’re going to decide what their goals/quests/objectives are and how they are going to tackle those.

My job will be to provide the appropriate setting, NPCs, obstacles, factions, monsters, and other miscellaneous bits that make up keeping things from being too easy and to make them interesting for the players. There are quite a few elements to improv’ing a game and doing it so that all involved (including me) have fun with the game.

Prior to session zero, you need to get your players’ buy-in.

Prior to session zero, you need to get your players’ buy-in on the concept that they will be in charge of the storyline. This will allow them to mentally prep their character concepts, character goals, attitudes toward the game, and just generally get set that they won’t be “led by the nose” through the adventure that’s coming their way. The reason I recommend doing this before session zero is that this is a huge shift from the “normal” way RPG sessions and campaigns normally go.

The typical process of session zero (which has been covered many times here and elsewhere) goes something like this at a high level:

For an improv-style game, I inject another step between steps three and four. This is my character worksheet, which is truly focused on the persona the player is going to be assuming during the course of the game. Perhaps, I should call it a “persona worksheet” instead?

Here are the boxes I put into my worksheet for the players to fill out before they get their hands on dice and/or a character sheet.

One of the key tenets of improv is to use “yes, and” to support others.

One of the key tenets of improv is to use “yes, and” when someone comes up with an idea. This applies to the GM and the players alike. If the players state that they are going to go on a heist to steal the crown jewels from the overlord’s citadel, then roll with it. Give them the information that the public knows about the citadel. Allow them to do some research, scouting, casing of the joint, and talking to informants to gather more information. Say yes to everything you possibly can and allow the story to roll forward.

This doesn’t mean there aren’t obstacles or impossibilities. If the group states that they want to fly to the root of the citadel to begin their heist, but the lowly first-level characters don’t have that ability, then you’ll be in a situation where the answer is “no.” Don’t dead-stop the story, though. Have the party come up with alternate plans that you can “yes, and” to and let things move forward from there.

Unfortunately, it has become common for many people to “listen to respond.” Active listening means that you are there as GM to “listen to understand.” This can be difficult sometimes because there are a multitude of players at the table and only one you. It’s really hard to track two (or three or four) different conversations at the same time. Do your best, and try to learn what the players want and (most importantly) why they want to do something.

This is part of actively listening.

If you ever find yourself puzzled by a plan, improv statement, or action by a player, it is perfectly fine to call a time-out and actively question the player what their intent is. This is part of actively listening. Even on your best day, there will be words that fall out of the players’ mouths that you simply won’t understand even though they’re clearly speaking your native tongue.

Example: I was running Pathfinder, and there was a fight on a broad staircase. The party was at the top and skeletons were flowing up the stairs to try and kill the characters. The barbarian at the front of the party stated, “I want to kick the lead skeleton.” That confused me. He had a battleaxe (1d12 damage) and he wanted to kick the skeleton for 1d4 damage? That made no sense. That’s when I stopped the game (mid-combat, mind you), and asked him, “What are you trying to do?” It was pretty obvious to him, but not to me. The answer came, “I want to kick the skeleton back down the stairs into the other skeletons to clog the staircase, so they can’t all rush us at once.” OH! OK! That makes sense. He wanted to push, via the kick, the lead skeleton down the stairs. Sure thing. We rolled some dice, did some math, and then skeletons went tumbling down the stairs for no damage, but for a great tactical advantage.

It’s perfectly fine to pause and contemplate what’s going on.

When the party explains their plans of action to you or their expectations for what they want to do next, it is perfectly acceptable to pause the game and take a breather. It’s also acceptable to say something like, “That’s interesting. Let me ponder that for a moment.” Take that time to pause the game and breathe and think. There are going to be many times that the players will catch you off-guard or come at you from an angle you didn’t anticipate. You’re not on a game show. There is no timer. There is no buzzer. You are allowed to sit back in your chair and figure out the ramifications of their actions and determine what in-the-moment prep you need to do for the story to continue in the direction the players want.

This is something I came up with while writing this article. I’m not going to claim it’s original or unique, but it is something that popped into my head while doing this writing, so I wanted to share the thoughts with you as I explore them myself.

When something cool comes along from an improv session, eat the PIE. Let’s break that down a bit more.

Always be on the lookout for someone else to produce an idea, action, statement, or thing for you to riff off of. Not everything is cool. Not everything can be expanded upon (even while following the Yes, And principle). However, you’ll find those cool moments where you just can’t help yourself on trying to make it even more cool.

Before you try to expand the cool thing you just perceived, you need to incorporate the coolness into your own thought processes. Integrate it. Internalize it. Understand it as deeply as you can in the moment, but without letting the moment slip away.

Once you’ve perceived and incorporated the cool, expand on it in a natural way. This is really where the “Yes, And” comes from. You confirm the coolness that someone has come up with, and now you’re going to lead it in a slightly different direction (or accelerate it in the direction it was already going.)

Thanks for sticking with me through this lengthy article. Have you ever run an improv style game? How did it turn out? Do you have any other tips for GMs that might want to give this a try?

2 Responses to Running An Improv Game