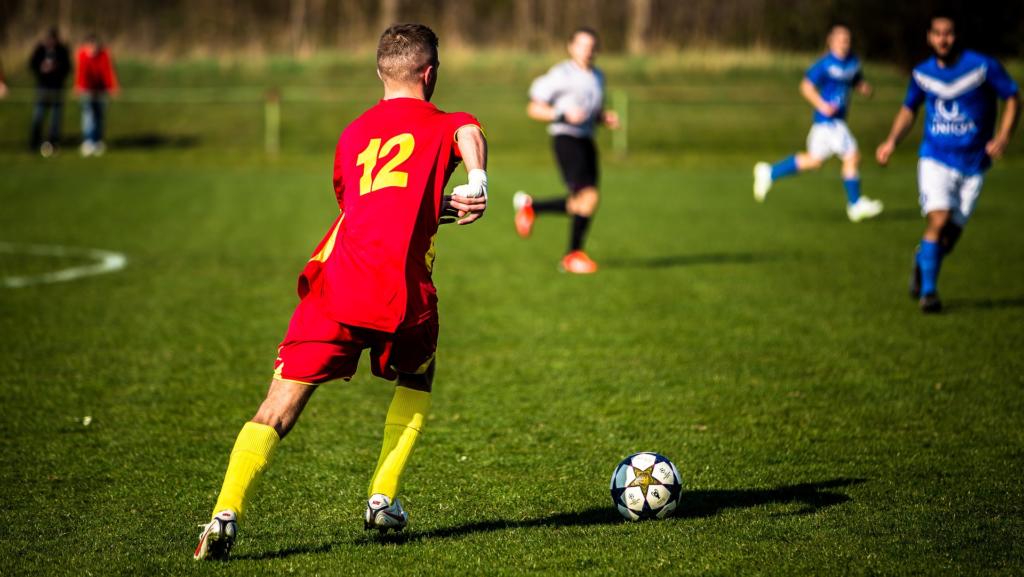 Note: I’m going to call the sport football instead of soccer, because that’s how it should be named everywhere.

When confronted with writing an article for December, I had two possibilities in my head: I could write a classical Christmas-themed article, or I could write something related to football, considering it’s only every 4 years that the World Cup takes place. With the country I’m from (Argentina) being the one victorious in it, there was no way I could not write an article about it.

I’m writing this article mostly as food for thought for all you GMs. I’m pretty sure there must be some kind of football rpg, but this is not what the article is going to be about. I want to brainstorm some kind of football minigame that you can add to your game. Maybe there is a troll camp in which they only give information to those who defeat them in a football match. You could also be playing a spies rpg in which one or more of the players have to infiltrate a football tournament to gather intel. I can even imagine games like Blades in the Dark working with similar prompts. It’s mostly to do something different and give some time for the players to chill and have fun.

Even if you don’t like the idea of implementing football in your game, you can read this and take the thought process to add other sports as minigames into your game. What’s more, even if that wasn’t your cup of tea either, you can learn the design process behind adding new mechanics and fun stuff into already existing games by reading this article, so I guess there’s a little something for everyone.

I’m going to be using the stats from D&D5e, but you can easily tweak them to your system of choice, as I’m leaving it intentionally rules-light. These rules have not been playtested, and thus may not work as intended. Tweak them as much as you like, and if people like them enough I may create a more polished version of it 🙂

There is a place for each of the D&D5e stats in football. While mostly requiring a mixture of Strength, Dexterity, and Constitution, the best football teams usually make great use of all 6 of them. How can each of the ability stats work in this minigame? Take into consideration that I will intentionally make a more agressive version of the sport as about half of the rules from D&D are about combat. Feel free to tweak as needed. I’ll use the term FP (football player) to mean the different football players, not the actual players, as these FPs could be either PCs or NPCs. The DM decides which skill check is more appropriate for the kind of action the FP attempts to make.

I suggest playing the game with the amount of players at your table. If you have 5 players, then just play 5v5, as adding too many NPCs can become extremely cumbersome. I am also going to avoid making rules for every single football ruling because that may complicate the game a bit too much, and the best you can do is keep the game flowing stopping as little as possible. I recommend taking a look at how the Mario Strikers games work to have a better idea of how to make these matches more fun.

To make the FP with the ball easier to get and take the ball from, if an FP has the ball their movement speed is reduced by 5ft. As long as the character is in possession of the ball, they act as if they were concentrating on a spell. Losing this concentration has the ball move up to 10 feet in the direction the FP last moved.

Kicking towards the goal

For an FP to be able to kick towards the goal  they have to be within an amount of feet equal to or lower than their Strength score.

Fouls and hitting each other

As an action, an FP can hit another FP with their body, weapon, or spell. The target must make an attempt to mantain the concentration, or the ball will be lost as detailed in the “”Having the ball” section. If it is a melee attack, the attacker gets posession of the ball.

Compating it with real world football fields for 5 players, I guesstimate that an adequate size for this would be 100ft wide x 60ft high. This may vary depending on the rivals the party have. Mountain giants may have a bigger field, in a montainous place where the ball can be easily rolled to random directions. Goblins, on the other hand, may have a smaller field, which may make it easier for the PCs.

Football as a sport is much more complex than what you see in these rules. Nevertheless, adding more things may make the game more crunchy and slow. If you have no problem with that, you may decide to add one or more of these optional rulings:

Morale is something that can be very decisive, both in war, and in sports, for the parts to achieve results. In football, it’s usually the spectators that cheer the players to raise their morale. This optional rule has both teams being able to move a scale to tip the morale bar to their favor. This bar goes from -2 to +2, starting in 0. Every time a FP makes a skill check or a saving throw, they must add (or subtract) the number in their morale bar. The enemy team (as they are usually only NPCs) doesn’t have a morale bar.

After an important or decisive action is made – such as kicking the ball towards the goal -, the FP can use an action to celebrate or gain the attention of the spectators. This is done by being successful in a DC15 Charisma skill check of any kind the player chooses (depending on what the FP does). Succeeding moves the scale one point towards the positive direction. On the other hand, the party loses morale every time the enemy team hits the ball towards their goal. The morale bar can never have its scale go higher that +2, and lower than -2.

If your table has too many players, you may consider having one be a technical director (TD) of the team. The TD can use an action on their turn to make an Intelligence or Wisdom check (allow the player to be creative on the skill they want to use) to read the enemies’ strategy ahead of time, gaining one Directing Point (DP). The TD can have up to an amount of DPs equal to their Intelligence modifier (minimum of 1). They may use a reaction then to spend this DP and give advantage to a member of their team.

In order to gain one DP, the TD uses their action contested against the highest roll the enemy team has made since the TD’s last turn.

Optional: The TD gains an additional reaction if the team has a morale equals to +2.

The game is not stopped when a card is given to a FP to make the game more dinamic.

What did you think of these rulings to play football in your RPG? Are you looking forward to implementing it? Do you plan on creating your own sport minigame? If you do use it, have a suggestion, or a doubt, be sure to let me know in the comments below!