Rules in the Way 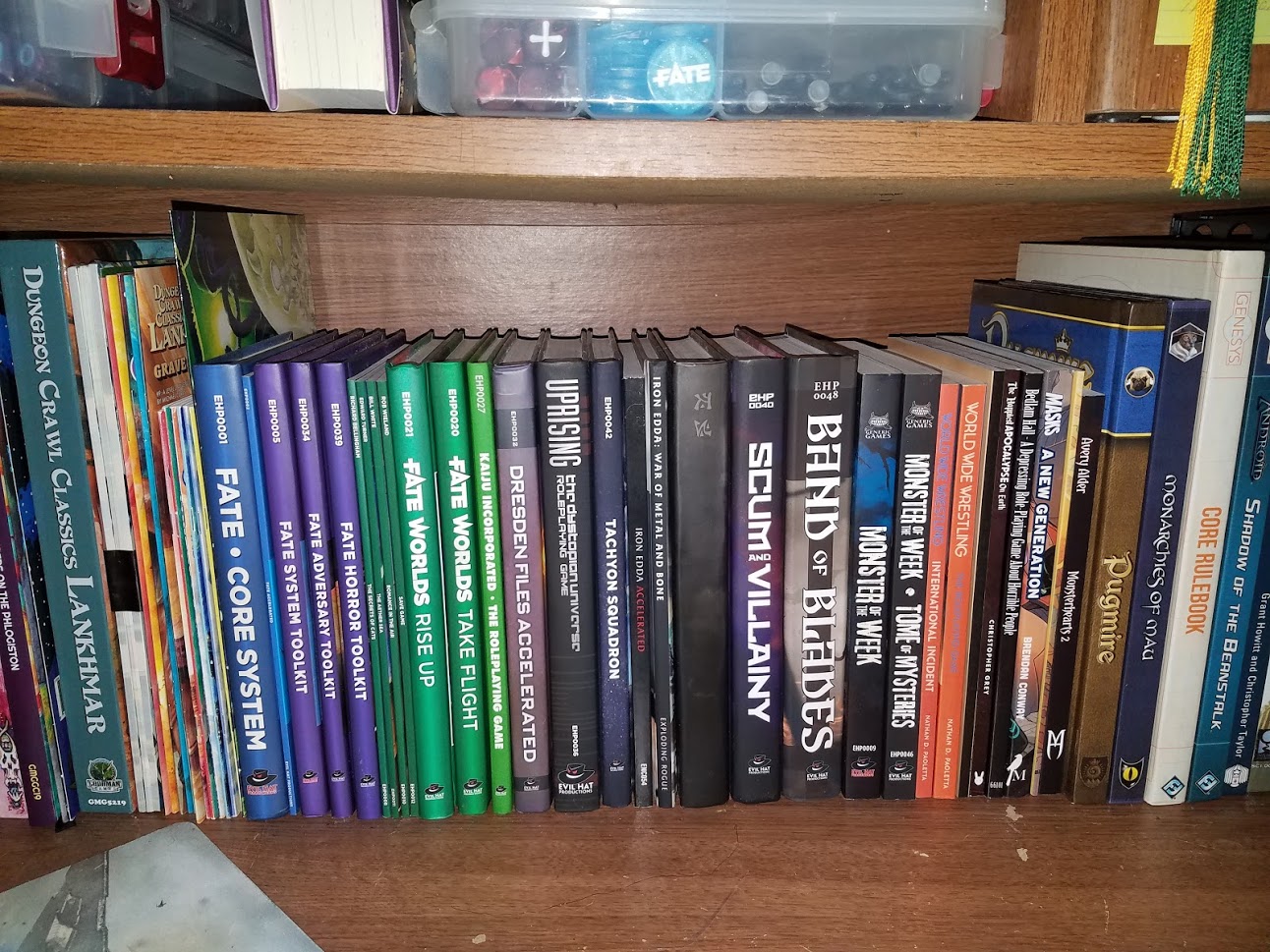 I have to admit something. I’m not always thrilled to hear an analysis of a game that includes the term “the rules get out of the way.” I understand the concept, but I’m not always sure that “rules can be easily dismissed” is an example of optimal game design. I think that rules in a game should inform the core loop of the game being played, so rules should be present when you are doing what the game expects you to do.

I don’t want to presume to reframe the comments of others, but I do wonder if rules “getting out of the way” might not be exactly what is meant when the term is used, at least not every time it is used.

Before examining the concept of rules getting out of the way, I think it might be worth a few moments to examine what rules getting “in” the way would look like. I suspect that “rules getting in the way” means that the game has rules and processes that are assumed to be engaged, which drags the game away from the expected core loop of the game.

As an example, the game might be about exploration and combat, but the social encounter rules are more complicated than either, even though they only come up once every four sessions or so in a standard campaign. Another example may be that most skill checks in the game are simply roll plus stat versus target number, but for some reason, one specific type of skill check requires multiple rolls and active formulas to determine the target number, but the result of the skill check doesn’t have any more (and possibly less) narrative weight than the other, more simply resolved skill checks.

We spend so much time in our own heads, sometimes we can remove ourselves from how things will play at the table. It’s really easy to assume that if something is logical in the abstract, it may still not work in practical application.
Share67
Tweet9
Reddit1
Email
Where Do Obtrusive Rules Come From

I suspect that some of those rules that don’t quite feel right for the core loop of the game come from previous experience. Maybe the designer feels like an expert on a given subject, and even if that subject isn’t intrinsic to the game’s core experience, they want to express what they feel is important to address the topic.

Maybe the designer had players that always gravitated towards the same experience, regardless of the core experience of the game, so biases created by personal gaming experience caused the designer to feel as if this was something that must be addressed in the rules.

Sometimes it also feels as if these obtrusive rules are born from a feeling that the rules are “too” minimalist compared to other similar rules. This may be exacerbated when the current rules are a new iteration of a previous edition, so there is a sort of “page-count inertia” that sets a precedent for where the game needs to spend those pages.

Before anyone thinks I’m pointing fingers or mustering unearned sagely wisdom on game design when my main claim to fame is reading a lot of the books I spent too much money on, I get it. When I run games, I have all kinds of thoughts about how I wish the rules would work, and where they may need to be expanded or contracted. I’m not so far removed from the days when I would have said “hey, trust me, let’s use this house rule,” instead of saying, “would you enjoy it if we did this,” or “what problems can you see if we tried this?”

We spend so much time in our own heads, sometimes we can remove ourselves from how things will play at the table. It’s really easy to assume that if something is logical in the abstract, it may still not work in practical application.

I’m never going to criticize a contractor when they make a beautiful house, but I just happen to find the one proud nail over in the corner, behind the couch. By no means does my ability to notice the nail constitute my ability to build a house.

Rules Running in the Background

While the term “rules getting out of the way” has become very widely used in RPG circles, I think what we may want is “rules that run in the background.” We have all kinds of programs that run on our computers in the background. Not only are these doing important things that we don’t want to actively deal with, they also allow us to call up a process that might take a while to boot up much more quickly, because it is already running.

Rules that aren’t intuitive cause us to stop and think about how they work. Rules that are simple, but don’t contribute to the core loop of the game, feel like busywork. It is not unlike waiting for a really simple app to open, when what that app does isn’t all that important.

Many times if a subsystem runs in a manner that is similar to other aspects of the game, when the table resolves the situation without addressing the rules, the group later realizes they weren’t too far off of the “official” way to resolve the situation.

Knowing what rules will feel obtrusive, or “in the way” means examining a game to realize what it is doing with intentionality. This means determining the core loop of the game. What do you do in the game? What should you be spending most of your time doing, and what feeds into doing that thing?

Wherein, I Take a Detour

Fantasy RPGs sometimes have a fuzzier core loop. Some know exactly what they mean to do, but others aren’t quite sure what is primary to the setting. For example, is the core loop going on adventures to face down powerful evils in the world, or is the core loop adventurers getting rich and famous? Saving the world when you are getting rich and famous is a subset of things you can do if your core loop is becoming the best adventurer, but if your core loop is facing the evils of the fantasy world, buying gear and having rules for things that are primarily used for self-aggrandizement are taking away from the core loop of the game.

In some cases, games are broad enough to encompass different types of core loops, but in that case, the people at the table need to realize that rules that broad tend to be modular. You don’t need to engage with the rules modules that don’t inform the specific sub-type of game you are running, and you shouldn’t feel bad if you don’t engage those modules. A broad game needs to be designed so that its modules can be isolated and jettisoned for different game experiences.

Ideally, the game itself makes this modularity expressly evident in the presentation of the rules, but the less the game does this, the more the players at the table will need to interrogate the theme of the game they are playing, and have an open discussion away from the actual game session about what and how to engage the existing rules modules.

What Informs the Core Loop?

Let’s take a look at three different situations. We’ll look at a hypothetical superhero game, and where the game places its rules.

This tells us that the core loop is on the action side of the superhero narrative. This is modeling a more traditional superhero comic experience, rather than a comic like Astro City, where the game experience would be more about exploring what it means to live in a comic book world.

I’m always a fan of doing things with intentionality, and I think the RPG hobby is getting better at this every year.
Share67
Tweet9
Reddit1
Email
Example Time!

If the rules model in the second example is followed, the rules are “getting out of the way.” It’s not part of the core loop, so there aren’t rules for the situation. If the rules in model number three resolve quickly, and add complications to situations that game is already going to assume will happen, these rules aren’t “getting out of the way,” but they are “running in the background.” It’s a quick check between action scenes to give texture to the heroes’ lives, which give them resources to power their resolve, and create complications in scenes that will already be happening.

Stepping Away from the Microscope

I’m the kind of person that likes to over examine the kinds of things that become common wisdom. I’m hoping this long digression into dissecting gaming etymology is worth reading through. I’m always a fan of doing things with intentionality, and I think the RPG hobby is getting better at this every year.

What games do you think have just the right amount of rules? What games do you feel add too much weight to the rules where it doesn’t benefit the overall experience? In general, what kind of situations do you feel either don’t need rules, or need more rules to give them their proper weight? We would love to hear from you in the comments below!