Before I moved to Seattle, my group in Utah wrapped up a Dresden Files campaign that ranks as one of my all-time favorites — specifically, a round robin sandbox with our city’s history built collaboratively using Microscope. Round robin GMing was on my gaming bucket list, and it’s something that often comes up when GMs are sitting around chatting, so I wanted to share my impressions here in case it’s something you’ve been curious about as well. 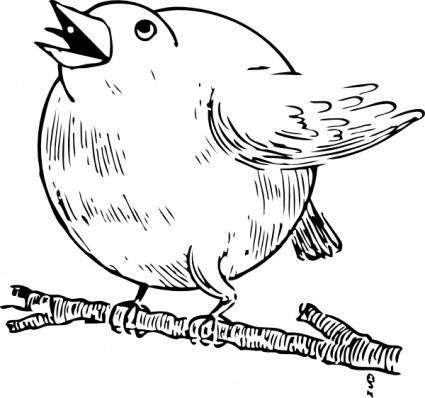 A dash of context

Prior to this campaign, the closest I’ve gotten to round robin GMing was the “braided” Star Trek campaign the Stew’s own Don Mappin and I GMed together. I ran the main cast game, he ran a secondary cast game, and we riffed off each others’ ideas. It was a fantastic experience.

The ticking, beating guts of this campaign

Big-picture, here are the guts of our approach during this campaign:

Microscope, apart from being the bee’s knees in its own right, is also a fantastic way to gin up the history — and bones — of a setting. Three out of the four of us had played it before, and loved it, so we decided to try it out for this campaign.

The Dresden Files RPG (DFRPG) has its own excellent city creation system, and we wanted to use Microscope in addition to, not in place of, that system. But we let the elements of DFRPG’s system, like needing Faces (notable NPCs) for each city district, inform how we played Microscope.

We didn’t tweak Microscope’s rules, just played it straight. What emerged was a weird, wonderful version of Boston that felt at home in the Dresdenverse. And like every Microscope game I’ve ever played, it went almost nowhere that we expected, but everywhere it went was superb fodder for a sandbox game. It also set the collaborative tone for the rest of the campaign.

I’d do this again for another campaign in a heartbeat.

Armed with several hundred years of historical highlights, including factions that had survived to the present day, and the ripples of their machinations, we used DFRPG to create the city itself. We followed those rules largely as written, but flexed the steps a bit to account for the amount of content we already had on hand.

Anywhere important in our Microscope game became a location; anyone important became a Face. The rest we came up with on the fly. Somewhere in there, we also created our characters — together, of course. All told, we spent three or four sessions on Microscope, city creation, and character creation. I think it’s fair to say we all wished it had taken maybe a session less, but on the flipside we had a lot of material — and four great characters — to work with, as well as a good feel for Dresdenverse Boston.

We agreed that apart from the PCs, nothing belonged to anyone. If something in the game hadn’t been defined, any of us could define it. If it had been defined, anyone could refine it or develop it further.

We even extended this to adventures. Here’s a (paraphrased) hand-off after the first session of a two-parter, when the PCs had just found a mystical tablet with city-altering implications:

GM 1: “You found the tablet! That’s a good stopping point for the night. Who wants to run the next session?”

GM 1: “Awesome! You get to tell us what the tablet says, what it means, and what it does.”

This was a ton of fun! I’d do this again in a heartbeat, too.

Trying to thread the needle in such a way as to accommodate everyone’s gaming preferences, we talked about all sorts of topics. The big ones that we hashed out included:

We spent longer on this step than I usually would, but this was a new iteration of the group and there was significant non-overlap in play style preferences (with me being the biggest outlier).

Let’s do this thing!

Before the first session (not counting the “prep-as-play” sessions beforehand), we assembled a GMing binder with sections for all the city creation stuff (Faces, factions, locations, etc.), copies of the PCs, and the output of our Microscope game. We bundled The Mythical Creatures Bible and copies of the DFRPG books with our binder as shared resources. Also included was an index card box with cards for every element we’d created during prep or encountered in play.

We also “used the whole buffalo,” referring back to our already-created material before introducing new stuff. For example, when it was my turn to GM I looked over the lists of locations, major NPCs, and factions, picked out the ones we hadn’t seen yet, and threw them into the mix for my session. Why make all that cool stuff and then never use it?

Looking back, I’d also say that “go big or go home” applied to every session. For me, this hearkens back to some GM advice I wrote a decade ago (I’m ancient!), which I still hew to today: lead with the cool stuff. Basically, don’t hoard ideas and don’t hold back — the Dresden books never “go small,” after all.

In the first session, our first GM created several maguffins and pulled a few of the big factions into the foreground. He also came to the table with a prepared adventure, both because that was his personal preference and because the first couple sessions of a sandbox often benefit from some direction — and a bang or two — to give everyone time to get their feet under them.

The whole campaign wound up involving those maguffins, with each GM contributing bits and pieces of how they worked, who had them, who else wanted them, and fleshing out the implications of what the PCs might be able to do with them. That turned out to be a great framework. There were also side stories that developed, and the timeline stayed loose enough for us to peel off and handle things that weren’t part of the big picture.

We didn’t overthink this: Everyone GMed once before anyone GMed a second time, and whoever was most interested in running a session next got the GM’s chair. This worked well.

One of the big surprises of this campaign was how different sessions turned out based on the three PCs involved. With four PCs, we just decided the GM’s PC was always going to be unavailable for sessions run by that GM, so the party was different in every session. No stealthy PC? We tended to be more direct. No investigator? We looked for more straightforward routes. It was a fun dynamic.

After every session, the GM wrote up a quick, no frills session report. I hate writing these, so mine were probably the worst of the lot; I just retyped my session notes into an email.

With four GMs, a vibrant sandbox, and tons of moving parts, keeping track of things is tricky without a written record. It doesn’t have to be pretty.

After writing this article, I felt like I must be leaving something out. It’s been a couple months since this campaign ended, so perhaps I was just forgetting things? Maybe, but I don’t think so — I think round robin GMing just isn’t that big a deal.

Your group might structure things differently, but I bet after reading this article you can already see at least the outlines of what those things might be. Your campaign of choice, and system of choice, might also suggest some tweaks, but at the end of the day it’s just a group of GMs riffing off each other, playing with a shared set of toys, and trying to run the best game they can. You know, like you’re already doing, just with more of you!

In any case, if you’ve never done the round robin thing, I highly recommend it. If I’ve left out anything you’d like to know more about, ask away in the comments!

12 Responses to Round Robin Sandbox GMing: Microscope Plus Dresden Files