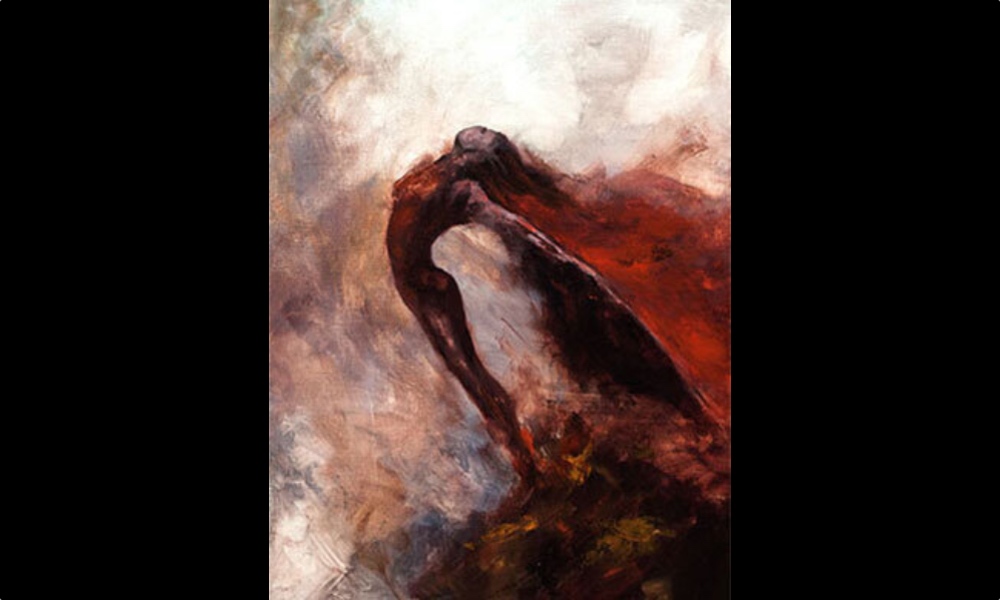 This is a rare review for me. I used to do them all the time on another site, but have fallen away from doing them very often. Anyway, today I bring to you the ShadowMyths decks from artist, writer, and gamer, Doug Hoppes. Each deck runs $20.00 retail, and at the time of this writing, it appears he has four different decks to choose from. Doug provided two of his decks to me for the purpose of this review, so let’s jump into it!

Each deck came in a clear case that holds the cards and instructions nicely. There’s even a slight bit of space in the case to allow for getting the cards out without bending/folding them. I like the fact that there is a case (instead of just film-wrapped or loose cards) because that allows me to toss the cards into my improvisational toolkit backpack without worrying about the cards getting damaged or lost in the bottom of the sizable bag.

(Note: You click each image to see a larger view of the photograph. Please forgive my photography skills. They don’t do the cards justice.)

The instruction paper (more on that in a bit) calls out the following uses for the decks:

Doug recommends drawing three cards. One will represent the protagonist, another the antagonist or obstacle, and the third is how the story is resolved. Pretty basic, but that’s a great start. I would also throw in that more than three cards could be drawn. Three for characters (protagonist, antagonist, and stakes character), and one for each plot point the writer would want to cover, and this would cover the grand finale as well. Of course, any improvisational writer will twist and leverage a creativity tool to their own needs, so I don’t feel Doug’s instructions here are lacking.

For RPGs, these cards can be used in a similar manner as for writers. A card for each key NPC, a card for the Main Big Bad, and cards for situations that will arise to make getting to the main Big Bad a little more difficult. I could also see these cards being used during session zero as a world-building (world being relative, could be a city, a neighborhood, a space station, whatever) exercise to reveal and brainstorm possible elements of the setting.

Next up is the oracle reader section. This is where I hiccup on the use of the cards. I’ve had readings done with tarot cards and such in the past.

Those are well-known symbols and imagery with established meanings for how the cards land in relation to one another. I suppose anything can supplant those well-known cards and layouts. After all, reading innards, bones, blood splatters, runes, the shape of rocks, and pretty much everything else that can be slightly randomized have most likely been used to tell futures or guide decisions. The main reason I paused here is that the cards (as you can see from the photos) are mostly dark, gloomy, and grim in their presentation. I find it difficult to get a “bright and cheery” reading out of them. Of course, that’s me, so different folks may find these cards great for oracle readings.

Doug has a section in the instructions on how a teacher can leverage these cards for creative writing and vocabulary building (mainly adjectives). I can see these cards being useful in a high school or college classroom. The imagery is just too dark and ominous for me to want it to fall into the hands of younger students. There’s nothing pornographic or overtly graphic about the artwork, but some of them are definitely nightmare fodder for the younger mind. (That’s a compliment, BTW.)

Lastly is the therapist approach where the cards are leveraged to assist a patient under the care of a (I presume) trained therapist to talk through their issues and emotional wounds. I can’t really comment here because I am not a trained therapist, so any judgement call I made on using these cards this way would be pure guesswork.

Now that I’ve covered the basics, let’s talk about the artwork. As I’ve already mentioned, Doug’s artwork is dark and foreboding. That’s right up my alley, to be honest, so I love the styles and dark color choices Doug has put into the artwork. It’s amazing for my creative mind. Of course, I don’t see coming up with a “sunlight and flowers” type story out of using these cards, but I’m okay with that. I can’t even come up with stories like that when required to do so while sitting under flooding sunlight in the midst of a field of flowers.

The artwork is also wide and varied as you can see from the photos embedded in this review. The variety of imagery really helped me come up with some cool ideas while I was brainstorming with the decks of cards.

My only recommendation on adding some variety to the artwork would be to add more objects. There are plenty of humanoids and creatures, but not much in the way of swords, daggers, shields, armor, chalices, furniture, and so on. Perhaps Doug could create a deck of his awesomely-styled artwork that was just objects (hint, hint). Then that deck could easily be shuffled in with the other decks and a wider variety of ideas could be gleaned from their use.

The cards are made of thick stock and are laminated like a good card should be. The feel of the cards are great, and they shuffle very well. Even if a “soda disaster” happens around them, I can see them holding up quite well and lasting for a good number of years.

Now for the downside of the product. The instructions are printed on a single sheet of paper (front and a bit on the back). It looks like it was once an 8.5 by 11.5 sheet of paper with one-inch margins, but has been trimmed down to fit into the deck case. The paper is folded three ways horizontally and three ways vertically to get it to fit. The folding of this single sheet of paper makes it difficult for it to lay flat while reading the directions. Of course, the instructions really aren’t needed past the initial review of the printout.

I would recommend to Doug to create a small booklet that’s slightly smaller than the cards and include the same instructions on that booklet. There is enough “air space” in the case with the cards to include something thicker than a sheet of paper folded nine ways. It’ll also produce a higher-quality product. I don’t know about expense and if the booklet would drive down profits on the product too much, but it would yield a much higher customer satisfaction.

The production quality of the instructions are really my only true complaint about the whole product.

If you’re a person that likes to use evocative imagery to spur the imagination for writing, roleplaying, or general creative endeavors, these decks will make you happy. There are no stats, mechanics, or other crunchy bits to these cards. They are not intended to be used that way. The artwork takes front-and-center on these cards, and they will provide plenty of suggestive material for your creations.

I’m happy to have the two decks that I have that Doug provided to me. He sent me the Darkness and Turmoil decks. I’ve already placed an order at ShadowMyths for the Necromar and Malochi decks.