RESISTOR – A Zine Full of Games 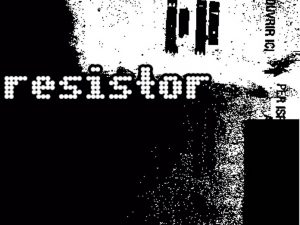 The roots of tabletop gaming in the early 70s were closely intertwined with community and a do it yourself effort. The first pioneers of the gaming industry created their works with very few of the modern tools that make the job of game developers easier today. These works spread through gaming club newsletters and Zines that included game rules right inside the xeroxed and mimeographed pages.
In fact, for the old school set, Zines are still a very popular way of spreading games and sharing the hobby. There are many OSR zines that have been produced in the last few years.

Community created works are always interesting, and they speak to an area of gaming that larger published works with a large fanbase don’t – what people are looking for even if it doesn’t sell. I was recently made aware of RESISTOR – a cyberpunk gaming, fiction, and artwork zine that is currently kickstarting. I did a quick interview with Kira Magraan, one of the creators, about their motivations, why go the zine path, and what it was like to write a short-format game.

John: So, RESISTOR looks interesting and has a lot of stuff in it. It touts itself as having “Original games, fiction, and artwork focusing on the correlation between technology, magic, and social issues through a cyberpunk lens.” What is the mix of games to other material and why blend those areas together in the zine?

Kira: The mix of games to other media is about equal! Our idea behind the mix of games, art, and flash fiction is to encourage some cultural intermingling. For roleplayers to be welcomed into the zine world, and zine enthusiasts welcomed into the roleplaying world! I also just think its neat to think of games as just another creative media that can be featured in with art and writing.

John:Â  Why do games in a zine? How does the shorter format craft the game you can make and concept you can delve into?

Kira: I kind of love short games with a really specific message. The idea that someone can pick up a game, read it, and play it in one setting with friends is super neat! Why have books of mechanics and setting when it can be contained in a small space. Like a game of Love Letter, or a short movie you might watch on vimeo made by an up and coming director. These kinds of games, in small formats and spaces, are easier for people to design too! It allows new and more diverse designers a chance to experiment and gain exposure. It’s how I learned how to design games, in competitions like Game Chef, and in short game collections like the Indie Mixtape challenge.

John:Â  The visual aesthetic of a zine is different from the look of a lot of modern games. It fits right into the cyberpunk idea, but sometimes it requires extra work to engage with the art and layout as a reader. How does the design aesthetic of a zine affect the way you visually convey the games inside of it or even design for the format?

Kira: One of my favorite parts of zines is how they’re very DIY, accessible, anybody can make them. It’s a really accessible medium. The games are mostly intuitive in their design, except they use the half page zine size, and the messy aesthetic. There’s nothing too difficult to read, but we do use some glitch aesthetics and illustrations as part of the directions of how to play the games. It’s been fun experimenting with the medium, and just doing whatever we want.

John:Â  There are 2 games (a larp and an rpg) in the first issue of your zine. With the technology focus, it almost looks like they could be played in chatrooms or remotely. Was this conscious and how do the games play differently in person compared to online? 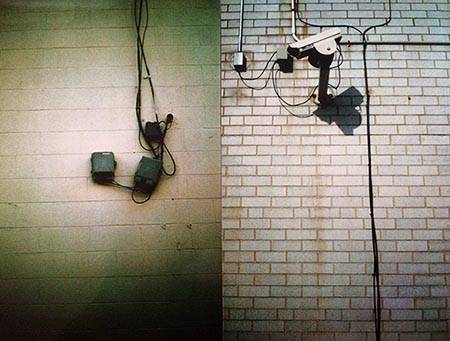 Image from the RESISTOR kickstarter page.

Kira: Yea it was totally conscious to have the games incorporate technology. We didn’t just want them to have the facade of a cyber-witchy setting and characters… we wanted to bake that into the design and really have people playing games that followed those themes. As a game designer, its important to me that games follow good design principles of form following function. Is this about technology and class and accessibility? How does it utilize those themes and talk about them in interesting ways? So yea, Banana Chan’s game is played in a chat room or google chat with people online, but you’re all in character and talking about this weird supernatural book. My game is a ritual that utilizes social media and witchy-pagan ritual actions. It’s really cyberpunk, the idea that technology is all around us and a part of us already. Cause it is! We live in the cyberpunk future.

Games online have a few more safety rules, and different ways of describing characters and interaction. So most of the functional changes are tied into the rules, and teaching the game.

John:Â  RESISTOR is created by a team of four people – yourself, Elissa Leach, Banana Chan, Tara Helfer, and Leslie Anderson. What brought the team together and why did you decide to do the zine?

Kira: It was mostly Elissa and I laying around listening to records and being like, what can we make together that’s really cool? OH A CYBERWITCH ZINE. Cool, who do we know that could make stuff like this? Oh of course these awesome people! We intentionally tried to gather some people who are into the aesthetic, who were diverse, and who have some experience in the media they’re working on for the zine. Banana Chan had just won an award for a larp she wrote at the Golden Cobra Challenge, and Leslie writes this really cool poetry about werewolves and stuff. So it just kind of came together when people said yes! I feel very lucky to be working with all these talented artistic humans in some kind of unified vision about cyber-witchy stuff.

Zines are an interesting way to deploy games. As evidenced by the new and old Zines that are out there for the OSR field, and new Zines covering other non-fantasy topics, like RESISTOR, there is a still a strong community and interest in gaming in small chunks with the DIY attitude. Do you have any favorite gaming Zines? What do you think of the length of games that can fit in Zines?

The kickstarter for RESISTOR is in its final days, so if you want to see what the crew behind it are doing, head on over there and check it out – https://www.kickstarter.com/projects/rumblingspires/resistor

2 Responses to RESISTOR – A Zine Full of Games