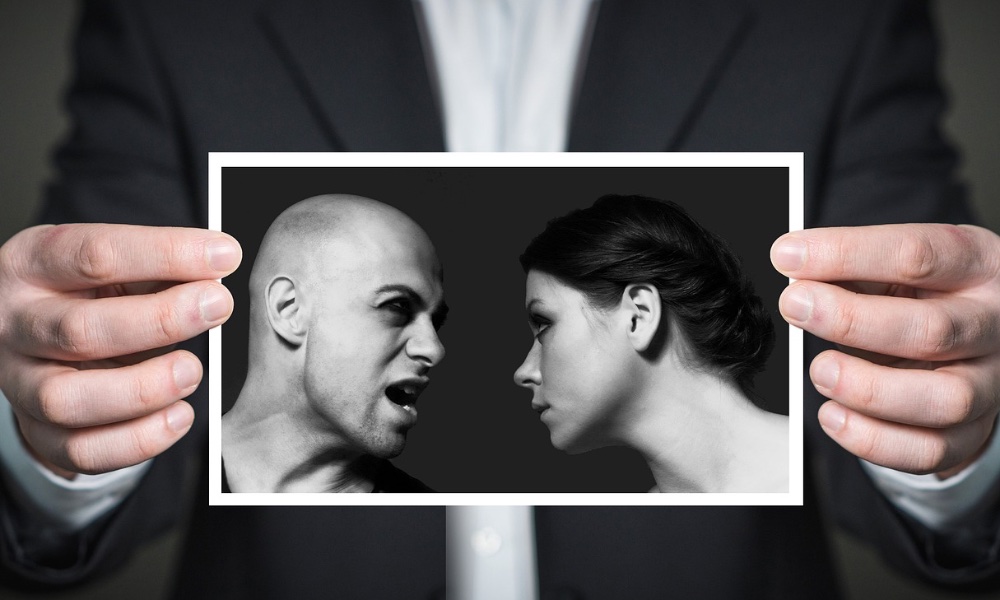 Part of the game master’s job at the table is to make trouble for the PCs. This can be puzzles, obstacles, monsters, hostile environments, traps, riddles, or any other host of things. However, the trouble that gets the party into the hottest waters are relationship troubles. This can be opposing factions, spurned lovers, overbearing authority figures, enemies rising from the past, or new enemies that have been freshly insulted or bloodied.

The previous list is a selection of options for antagonistic relationships. Non-malignant relationships can also cause trouble for the party. This trouble can be found in the form of parents who mean the best, siblings with friendly rivalries, children that are trying to discover who they are in a rebellious manner, best friends with a bag full of practical jokes, and so on.

I like pulling these relationship troubles from a character’s backstory. Those are the juiciest bits, but sometimes they have to evolve naturally out of the story as it unfolds. There’s plenty of meat on the bone for trouble from either source. Of course, trouble won’t take root if the PCs don’t latch on to it, so I’ll be talking to the players in this article as well.

Backgrounds and in-story evolutions are your two main sources.

The setup for relationship trouble only has two main sources: backgrounds and in-story evolutions.

If the relationship comes from a character background, and you want to leverage an NPC into causing trouble for the PC, you’ll need to get explicit consent from the player first. Even if it’s “clearly obvious” that there are relationship issues in the background, don’t ambush a player by making an NPC from the background into a BBEG (Big Bad Evil Goon). You don’t have to show your full hand and entire plans, but you do need to show enough information to allow the player to consent.

During the course of the unfolding storyline, many NPCs will come and go through the PCs’ lives. If the players showed special affection (or hatred or dismissiveness) of an NPC, then that NPC is fair game as a return character to cause relationship trouble. In this case, the NPC is your character, so you don’t need explicit consent from the players to introduce the troubles.

The first thing to know about relationships is that they are deeply intimate, can be emotionally triggering, push on boundaries, and can bring up buried (or even recent) trauma. Tread lightly and get consent from the players when you want to establish a particular type of relationship. Also, please be cognizant that the players can revoke consent at any time for any reason (or no reason at all). Don’t judge. Don’t probe. Don’t get upset. If you’re in a tight-knit group of friends at the table, it might be okay to have an open and honest discussion about why the consent isn’t given or is revoked. You’ll have to judge this for yourself. If a player is willing to talk about it, be respectful and kind. If they’re not willing to discuss the topic, accept this and move on.

To the players: If you do withhold or revoke consent, I encourage openness about why, if you can. This will allow the GM and other players to respectfully avoid the same or similar topics. However, if you’re not ready to tackle the discussion behind your reasons, stand firm. No one wants another player at the table to be upset because of out-of-game experiences that are being reflected in the game.

Once you have the relationship ready, dish it up to the player. Make it clearly obvious that this is not just another NPC, but someone that will be important in the character’s life. I have friends who can’t tell that they’re being flirted with. I’m in that same boat. Those subtle social clues go whizzing over my head at 50,000 feet, and I just don’t catch them at all. Being coy or sly can cause your well-laid plans at a relationship to go missed or inadvertently avoided. No one wants that, so be clear.

Don’t Dodge; Lean Into It

To the players: Once the GM has dished up a relationship for your character, lean into it. Claim it as yours and run with it. Don’t dodge the relationship. These character interactions can add so much depth and flavor to the storytelling, so do your best to embrace it and go for it.

To the GMs: If a player has expressed interest in a serious relationship with an NPC, lean into it. This can present wonderful opportunities for adventure hooks, exceptional storytelling, and robust world building. This is a golden opportunity, but make sure you and the player are on the same page as to the nature of the relationship. If you set up an antagonistic role, but the player wants the NPC to be “friends with benefits,” then it’s time to reconcile the NPCs role in the game. If this means metagame or “out of game” talk, that’s fine.

The relationship needs to be interesting.

This is advice for everyone. The relationship needs to be interesting. What I mean by that is that the interactions between the PC and NPC need to matter to the story. If the relationship is merely, “We play poker together every third Tuesday when I’m in town,” that’s not going to go very far in changing the storyline. It could, but only if you make it more interesting than that. Altering the above example to, “Our every third Tuesday poker game is a cover story for my character and the NPC to exchange coded messages to exfiltrate state secrets to an enemy nation,” can make things much more interesting. This opens the door to the poker buddy suddenly vanishing, missing a poker game, or scheduling an “emergency” poker game off-schedule.

NPCs in a relationship with a PC might, on the surface, appear to be targets of opportunity for a plot hook. This is entirely true, but you must handle this with care. Killing an NPC to “motivate the PC” is a tired and abusive trope. It’s called “Fridging.” Don’t do it. It’s weak storytelling and pathetic motivation. Now, if the NPC dies in an effort to save the PC (such as jumping in front of a bullet or on a live grenade or whatever), that can be good storytelling depending on how things are set up and how you handle it.

The same warnings apply to kidnapping, abusing, beating up, or threatening the NPC. Find a deeper, relationship-based motivation to trigger in the PC when it comes to the NPCs.

I’ve mentioned this before in other articles. The concept of “Yes, And” can propel a story forward to tremendous speeds that will get you to the highest peaks of collaboration. While establishing or deepening the relationships between characters, find more than one hook. Find more than one reason these two people are tied together. This allows you to knot those plot threads together to a binding that can only be broken through extreme effort.

This article has already gone on long enough, and I’ve not even touched on multi-partner relationships, love triangles, love tents (it’s a thing), battling for the attention/affection between multiple people from a single person, and so on. Relationships are generally a two-way interaction, but it can get so much more complicated when more than two people are involved.

Just treat it all with care and consent, and you’ll do just fine.